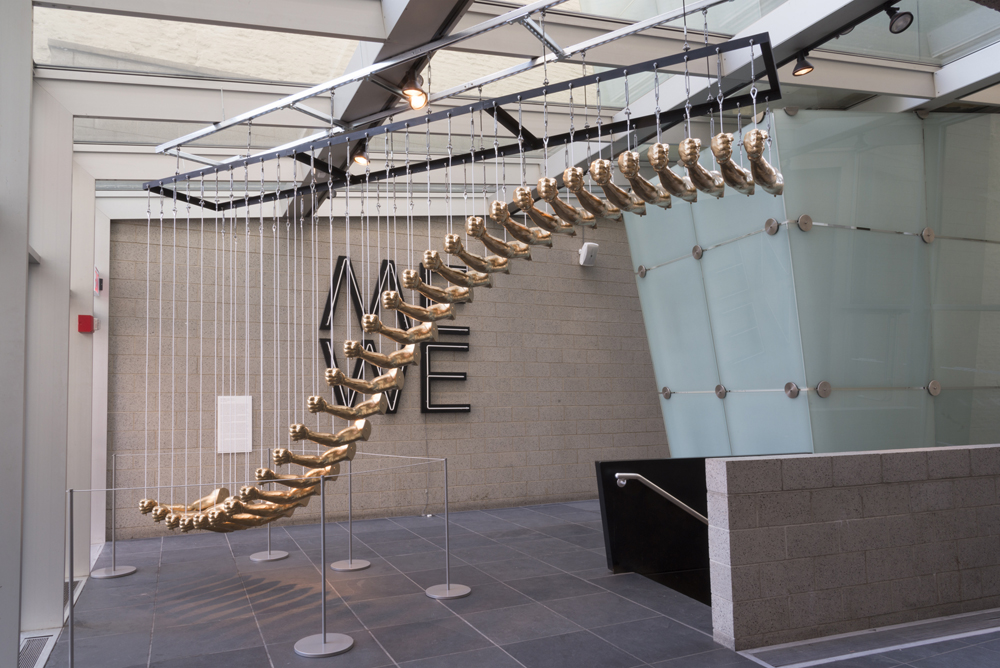 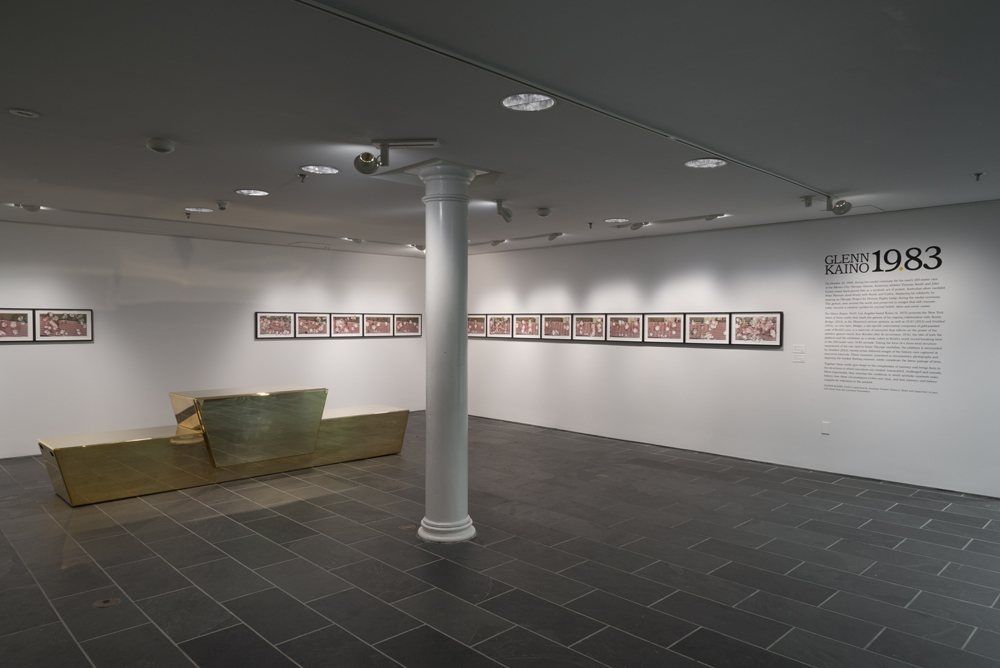 On October 16, 1968, during the medal ceremony for the men’s 200-meter race at the Mexico City Olympic Games, American athletes Tommie Smith and John Carlos raised Black-gloved fists as a symbolic act of protest. Australian silver medalist Peter Norman stood firmly with Smith and Carlos, displaying his solidarity by wearing an Olympic Project for Human Rights badge during the medal ceremony. The gesture, seen around the world and preserved in images that still resonate today, became a catalytic symbol for myriad beliefs, ideas and social causes.

For Glenn Kaino: 19.83, Los Angeles–based Kaino (b. 1972) presents the New York debut of two works that mark the genesis of his ongoing collaboration with Smith. The exhibition consists of two works: Bridge (2013), in the Museum’s atrium, and 19.83, in the Museum’s project space. Bridge, a site-specific intervention composed of gold-painted casts of Smith’s arm, is a reservoir of memories that reflects on the power of the athletes’ gesture nearly four decades after its occurrence. 19.83, the title of both the work here and the exhibition as a whole, refers to Smith’s world record–breaking time in the 200-meter race, 19.83 seconds. The work is a sculptural environment that takes the form of a three-level platform reminiscent of the one used to honor Olympic medalists. Plated in gold, the reflective and monumental object gives shape to the complexities of memory and brings form to the structures in which narratives are created, transmitted, challenged and remade. Together, these works examine the conditions in which symbolic moments enter history, how these circumstances evolve over time, and how memory and history compete for relevance in the present.