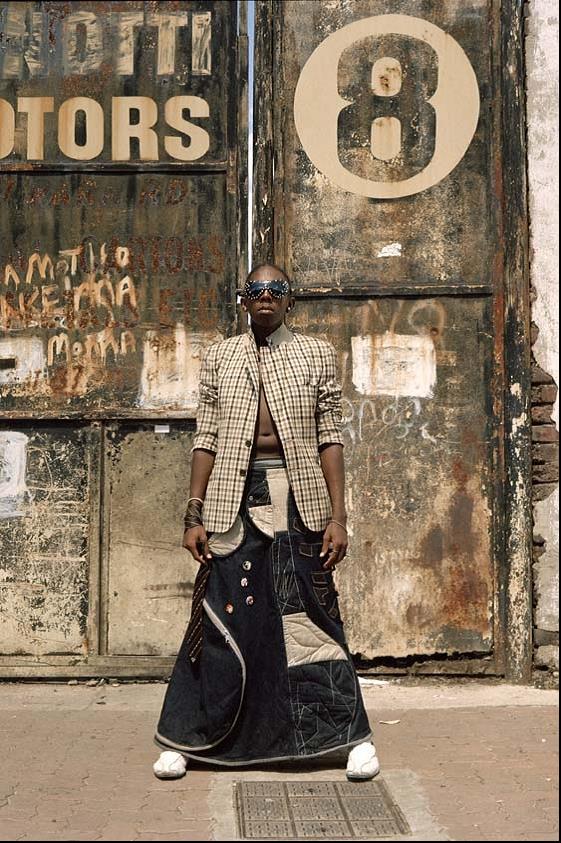 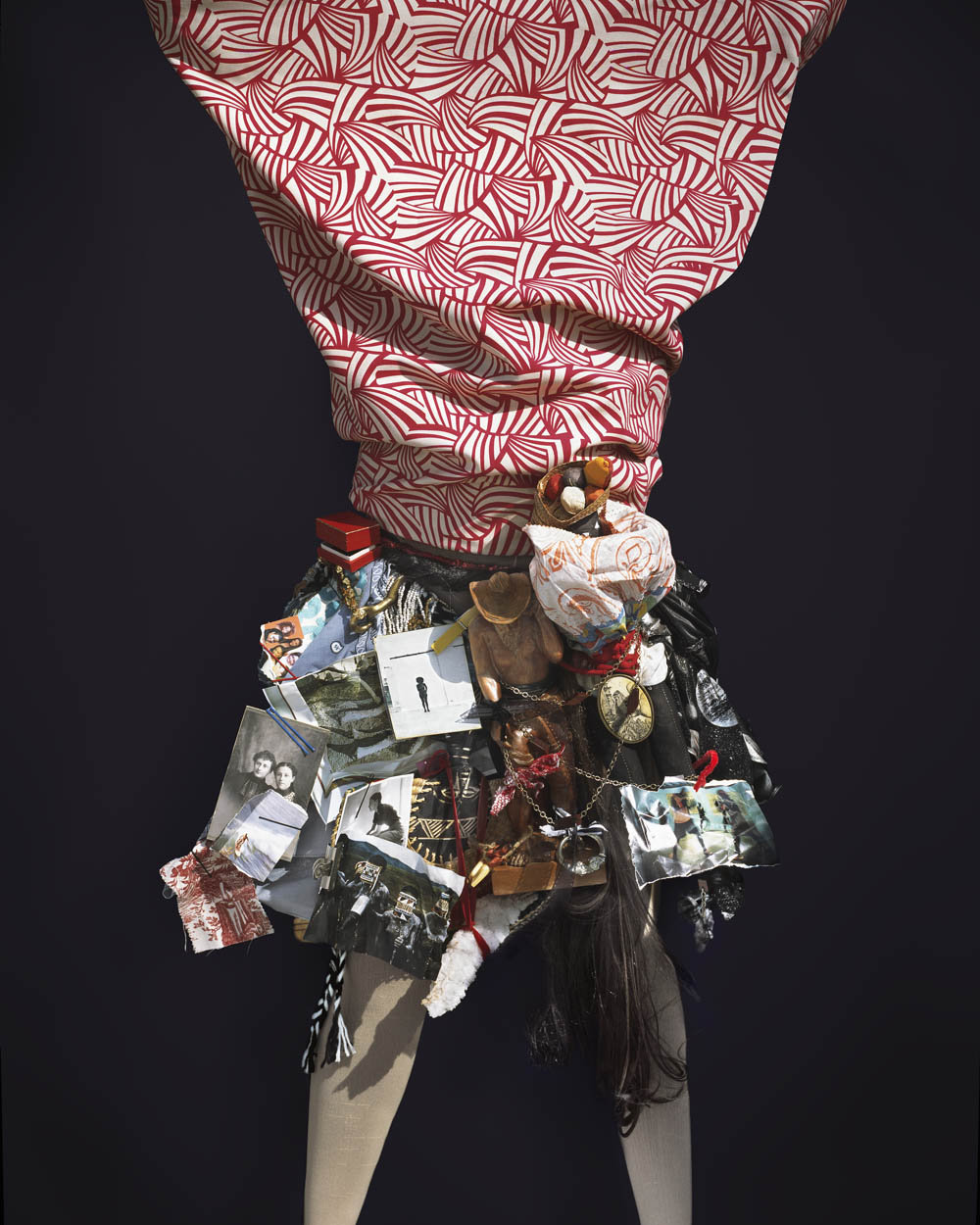 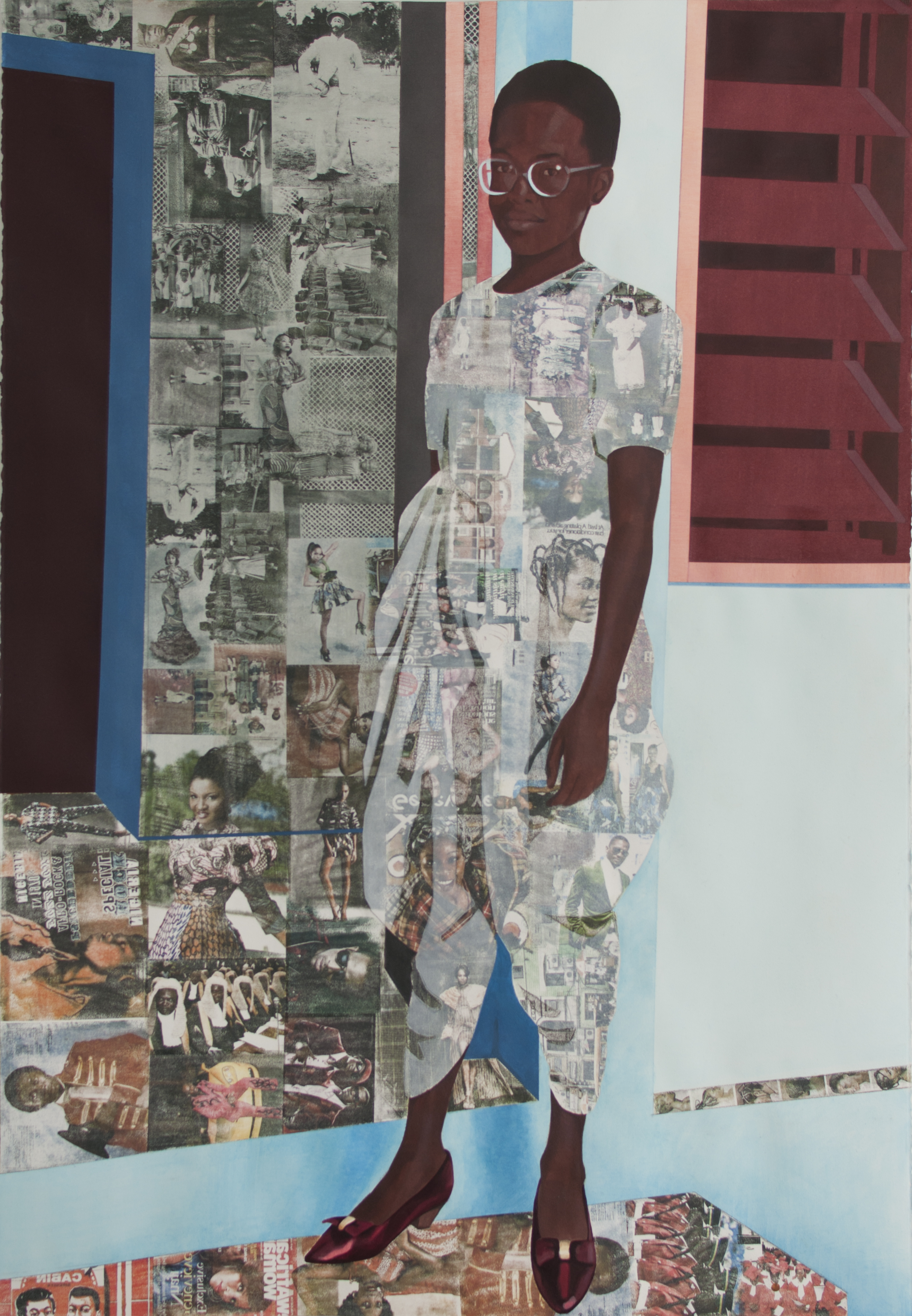 Njideka Akunyili
The Beautyful Ones Series #1b, 2012
Acrylic, color pencils and transfers on paper
Courtesy the artist

Njideka Akunyili
The Beautyful Ones Series #1b, 2012
Acrylic, color pencils and transfers on paper
Courtesy the artist

Draped Down looks at both the implicit and explicit references to fashion in visual art. The title is adapted from a renaissance-era slang term meaning well-dressed; to be in the height of Harlem fashion. The term “draped down” was culled from a short story that the novelist and cultural anthropologist Zora Neale Hurston published in 1942.

The alliteration of “draped down” seems particularly apt—it suggests emphatic self-fashioning; as if every aspect of one’s attire should be distinct and considered. Its use as the title serves to contextualize Harlem as a primary source of inspiration and influence of Black style around the globe. With a focus on feminine beauty, the works presented are not traditional fashion portraiture, but rather, lend themselves to a broader interpretation by triggering the senses through color, tone, form, gesture and memory.