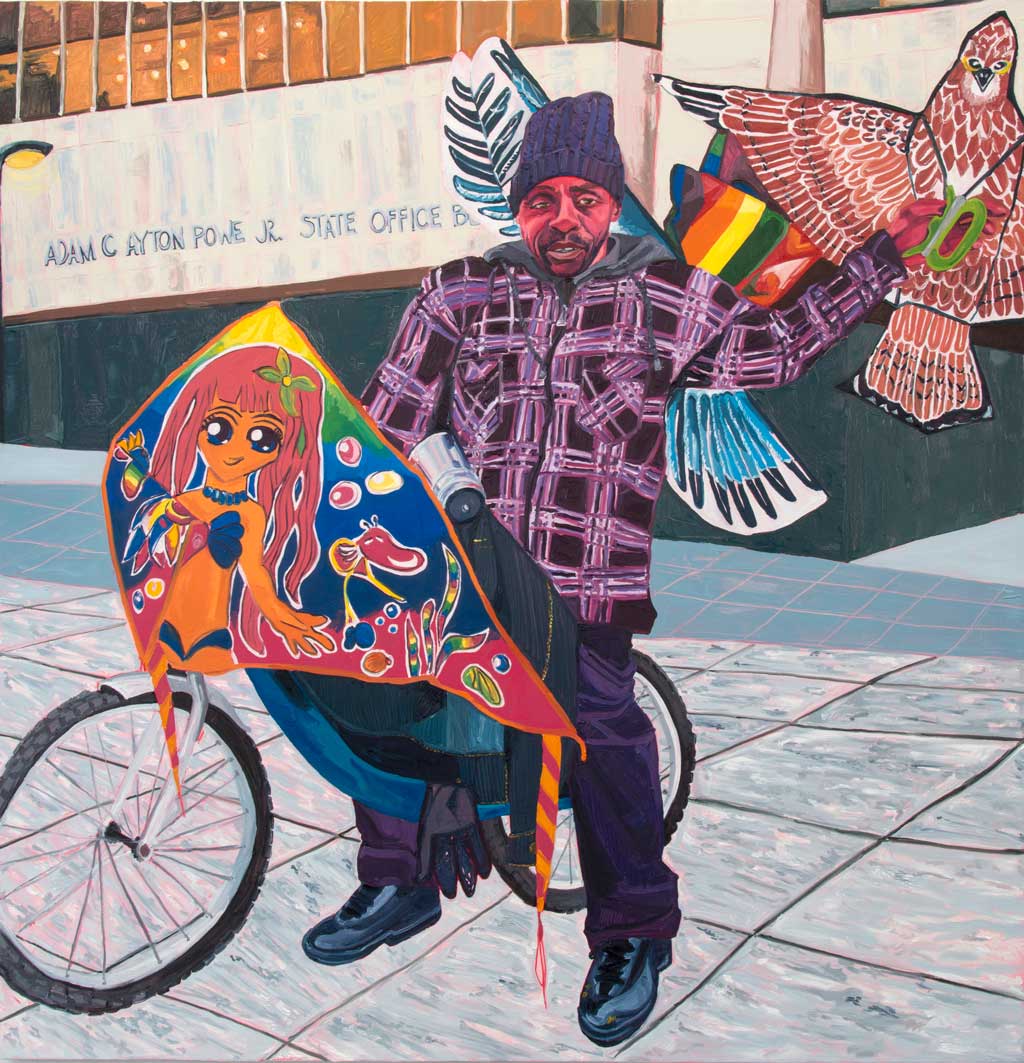 "From my perch in the studios, I often spent time looking out at the Adam Clayton Powell courtyard ... there was one man who often caught my eye. He would be in the courtyard across the street clearly having the time of his life dancing and flying kites. Our initial introduction was fairly brief. I explained my role as an artist in residence at The Studio Museum in Harlem and the project I was beginning to develop around capturing the community and sharing that with a broader museum audience. He shared his desire to bring the joy of flying kites to families—provide an activity and happiness accessible to everyone. I took a series of photographs where Kevin the Kiteman would place himself in various places around the courtyard. We were both focused on highlighting his bike and kites, his tools for social engagement. I left having met someone who became a staple of my day-to-day life in Harlem."