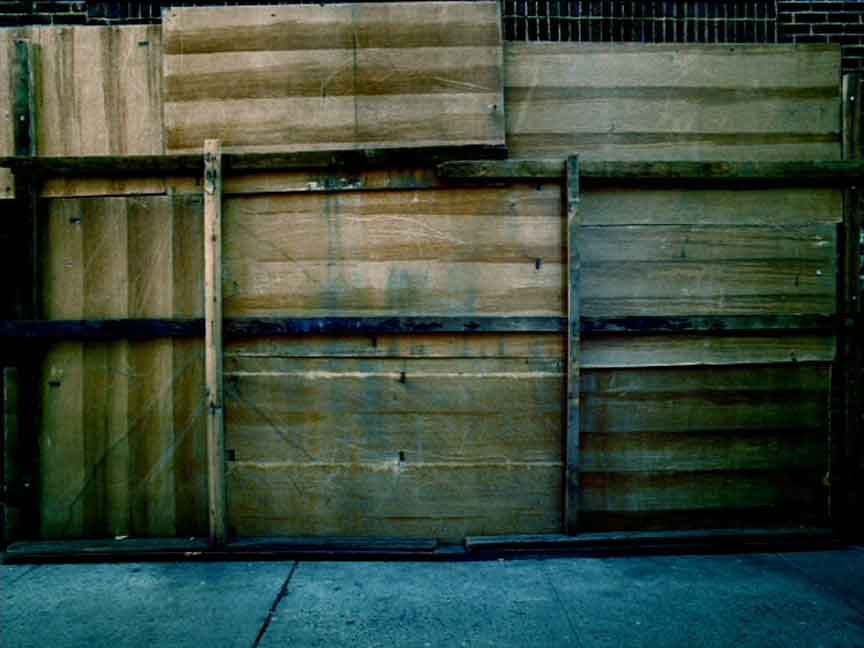 Untitled (Level) (2010) is a dual-channel film installation by 2010 Joyce Alexander Wein Artist Prize recipient Leslie Hewitt (b. 1977) in collaboration with cinematographer Bradford Young (b. 1977). The film takes Manchild in the Promised Land, Claude Brown’s seminal 1965 autobiographical work about growing up in Harlem in the 1940s and 50s, as its inspiration. Manchild in the Promised Land is not just one man’s coming-of-age story—it, like Untitled (Level), is a portrait of Harlem. In this work, still and moving images are used to show the passage of time. As a man wanders the early morning streets of Harlem, viewers are shown shots of Harlem streetscapes. Silent, Untitled (Level) draws viewers in, creating an atmosphere of longing and contemplation that allows each viewer to take his or her own journey through Harlem with, but separate from, the subject of the film.

Untitled (Level), 2010 was commissioned by The Kitchen, New York.