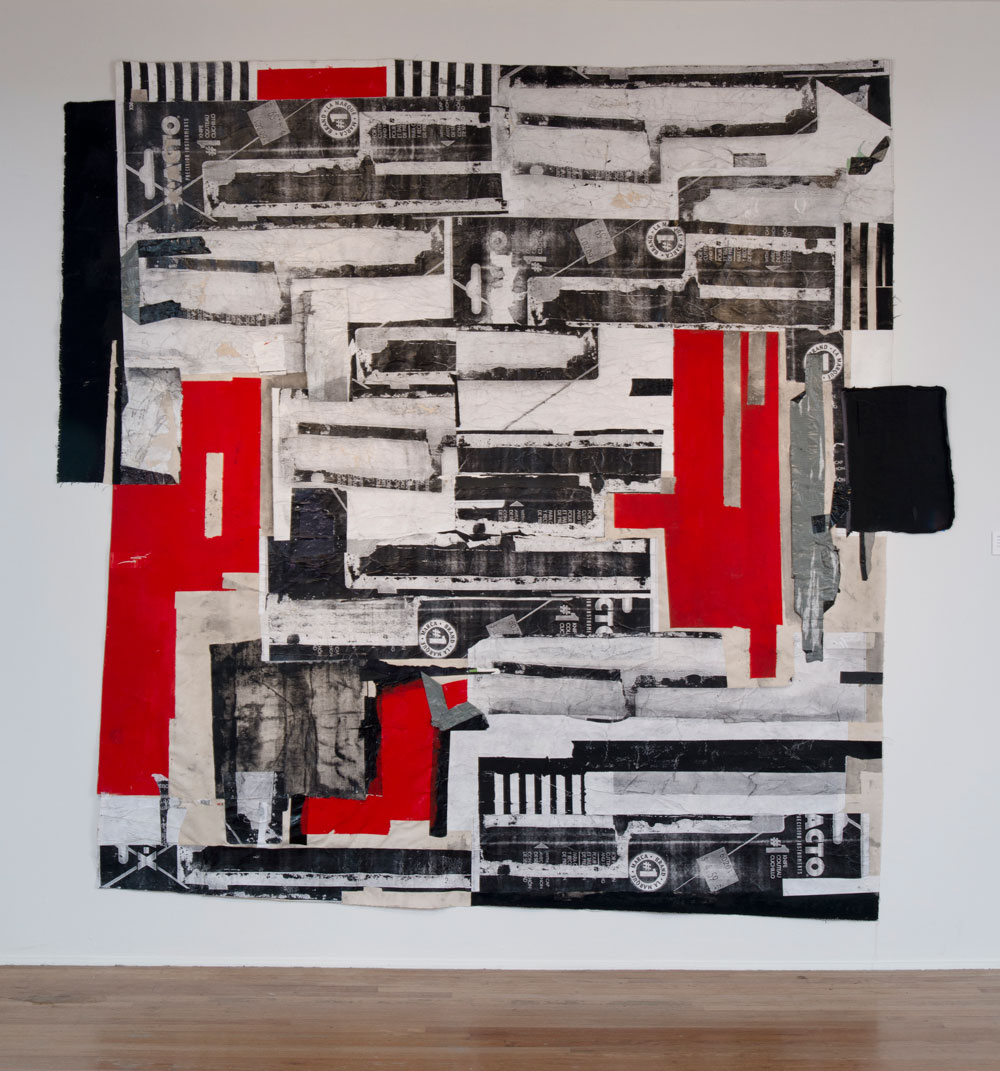 Selections from the Permanent Collection

Artists and critics have long explored different ways to think about the surface of an artwork, from making it seem to dissolve into a perspectival illusion to emphasizing its physical presence as a flat plane. Surface Area presents a selection of works from the permanent collection that show how artists have explored new forms of materiality in their treatment of surface, challenging the ways in which viewers understand and engage with a work. Some artists, such as Titus Kaphar and Cullen Washington Jr., use the surface as an object in itself, which forms an active part of the composition, whereas others, such as David Hammons, make the surface into a space of interaction, where the history of an object or a body leaves its trace. Recognizing the crucial role of materiality in affecting the viewer, the exhibition peels back the multiple layers of surface as concept, metaphor and physical fact.