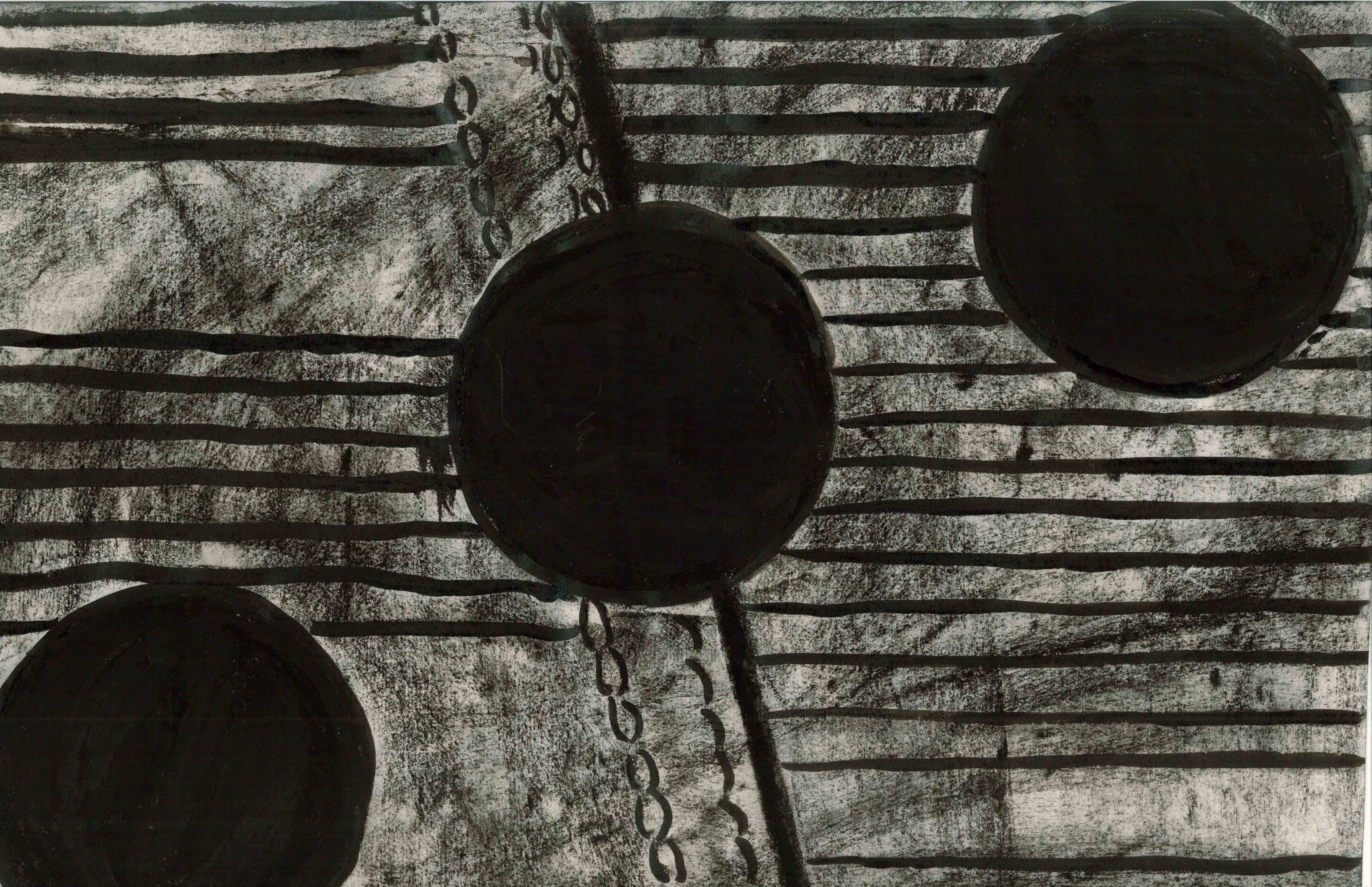 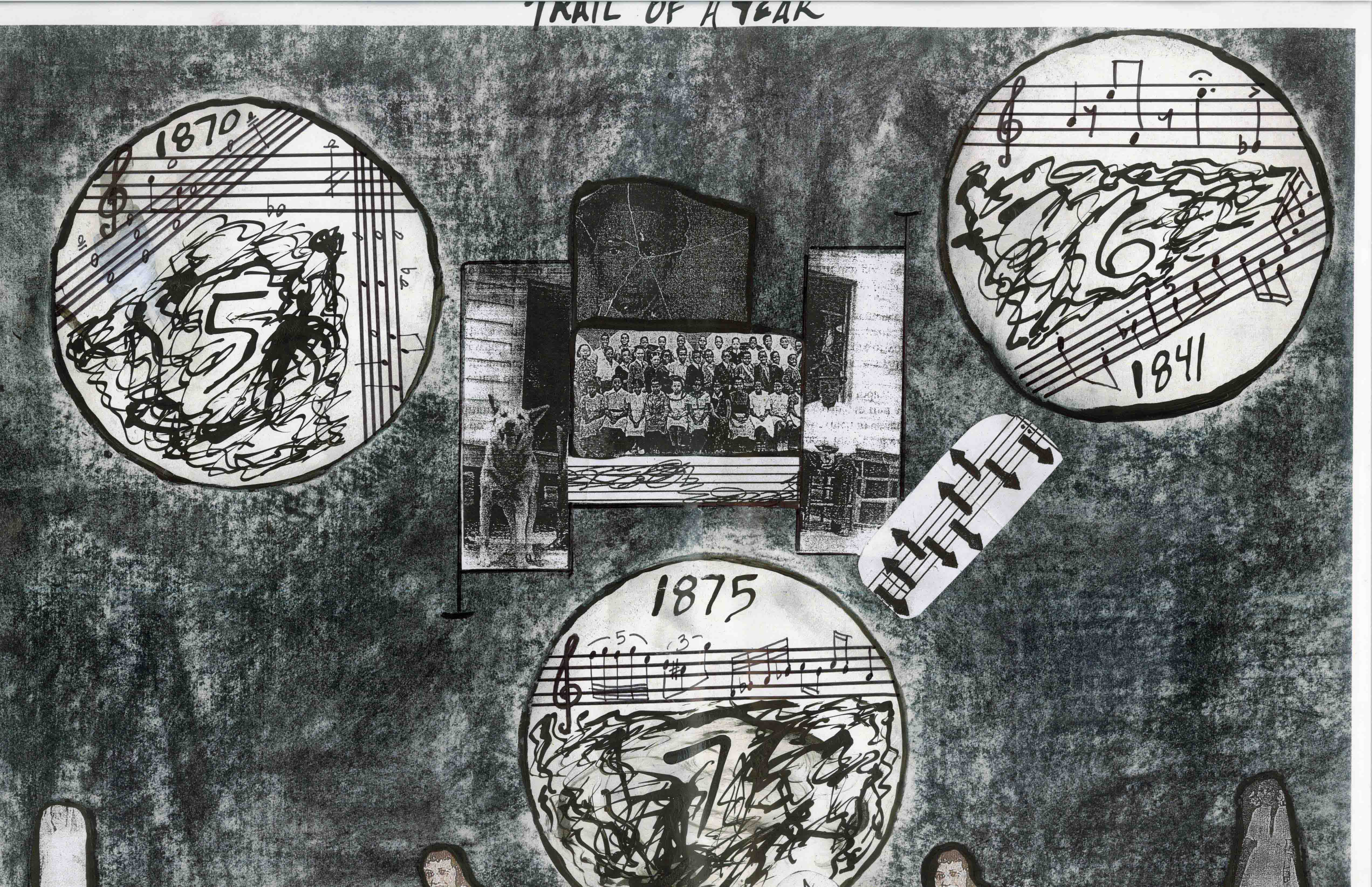 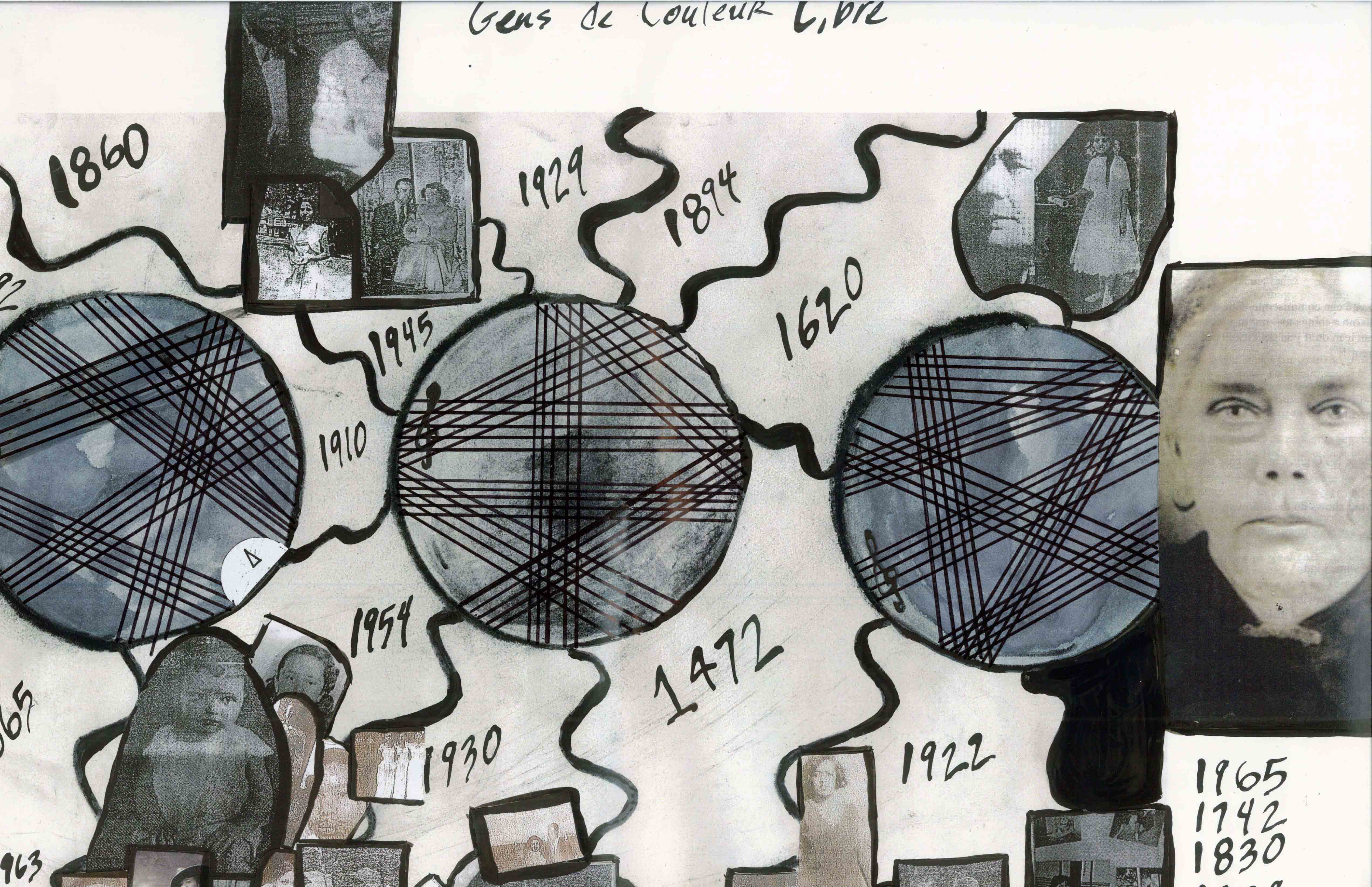 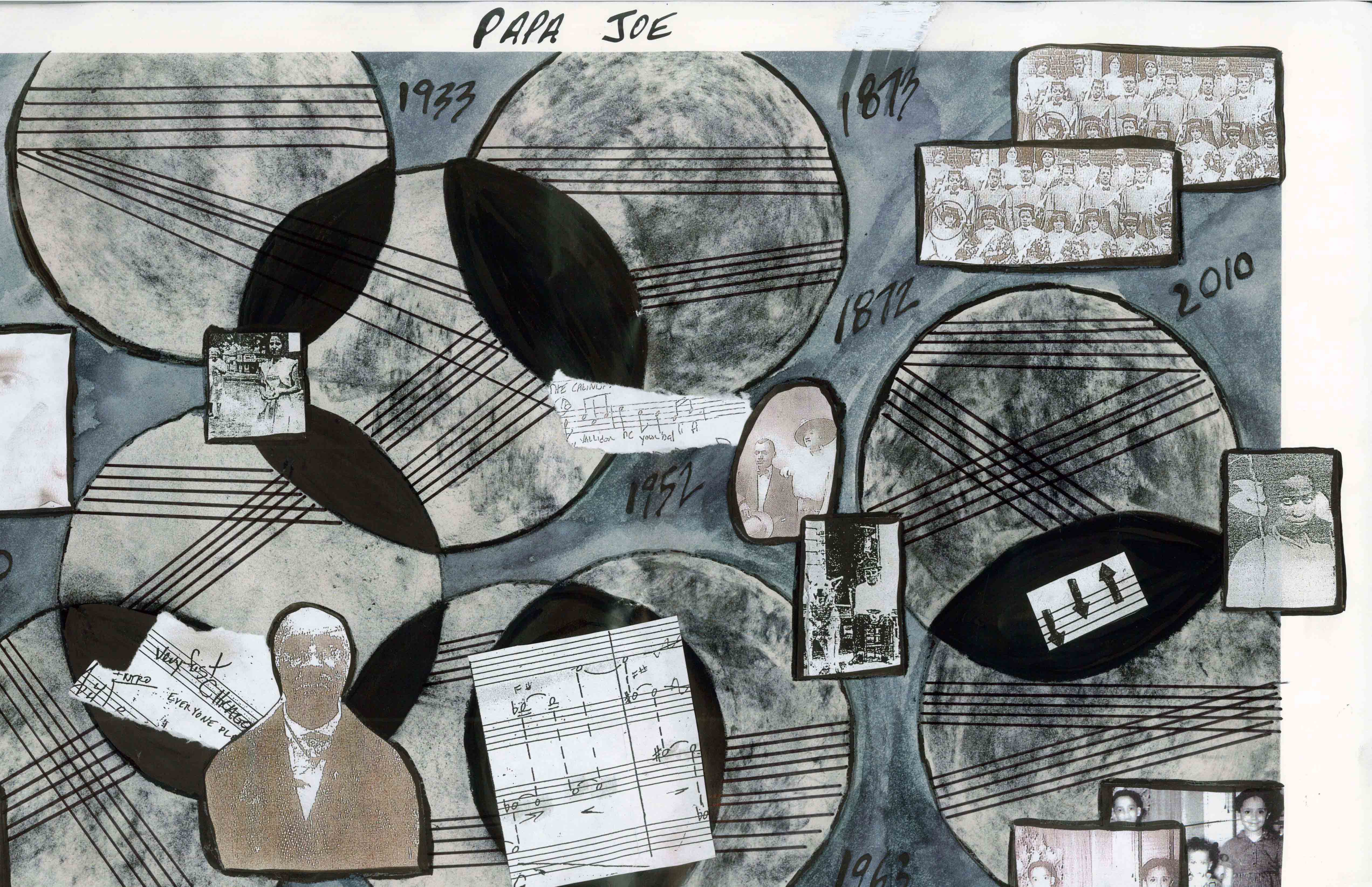 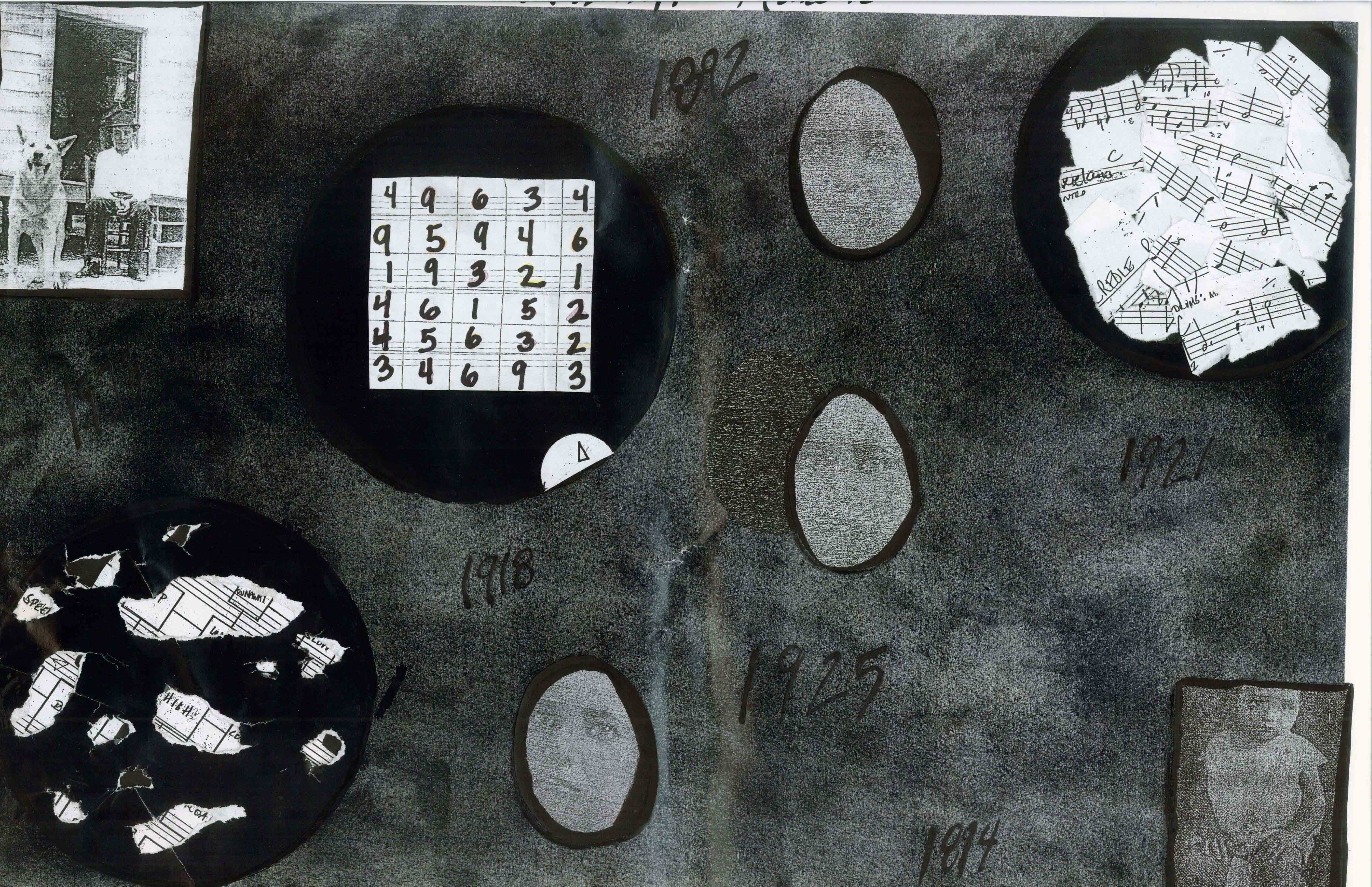 Matana Roberts
Trail of a Tear (from COIN COIN Happenings), 2010
Photocollage, charcoal and pastel on cardboard
Courtesy the artist

Matana Roberts
Trail of a Tear (from COIN COIN Happenings), 2010
Photocollage, charcoal and pastel on cardboard
Courtesy the artist

Matana Roberts is an alto saxophonist, conceptual sound artist, composer and performer who explores the powerful and mystical roots of American musical expression. For nearly five years Roberts has developed a project called COIN COIN, a multimedia “sound collage” in twelve chapters that combines her fascination with African-American history in the South with an examination of her personal history. COIN COIN is based on Roberts’s genealogical research through seven generations of her family. The project is named after a distant Louisiana relative named Marie Therese Metoyer, a.k.a. “Coin Coin.” The stories of Coin Coin were passed down to Roberts through her immediate family, shaping a strong Black female archetype around which Roberts could aurally construct her own myths and truths.

For the Studio Museum lobby, Roberts has written and compiled a site-specific extension of the COIN COIN piece, which takes the form of small conceptual sound works she calls COIN COIN Happenings. Roberts creates detailed, graphic scores, and works directly from these to translate visual art into sound. The Happenings use oral histories, musical improvisation, field recordings, spoken prose and various styles of music including traditional American jazz, blues and folk.