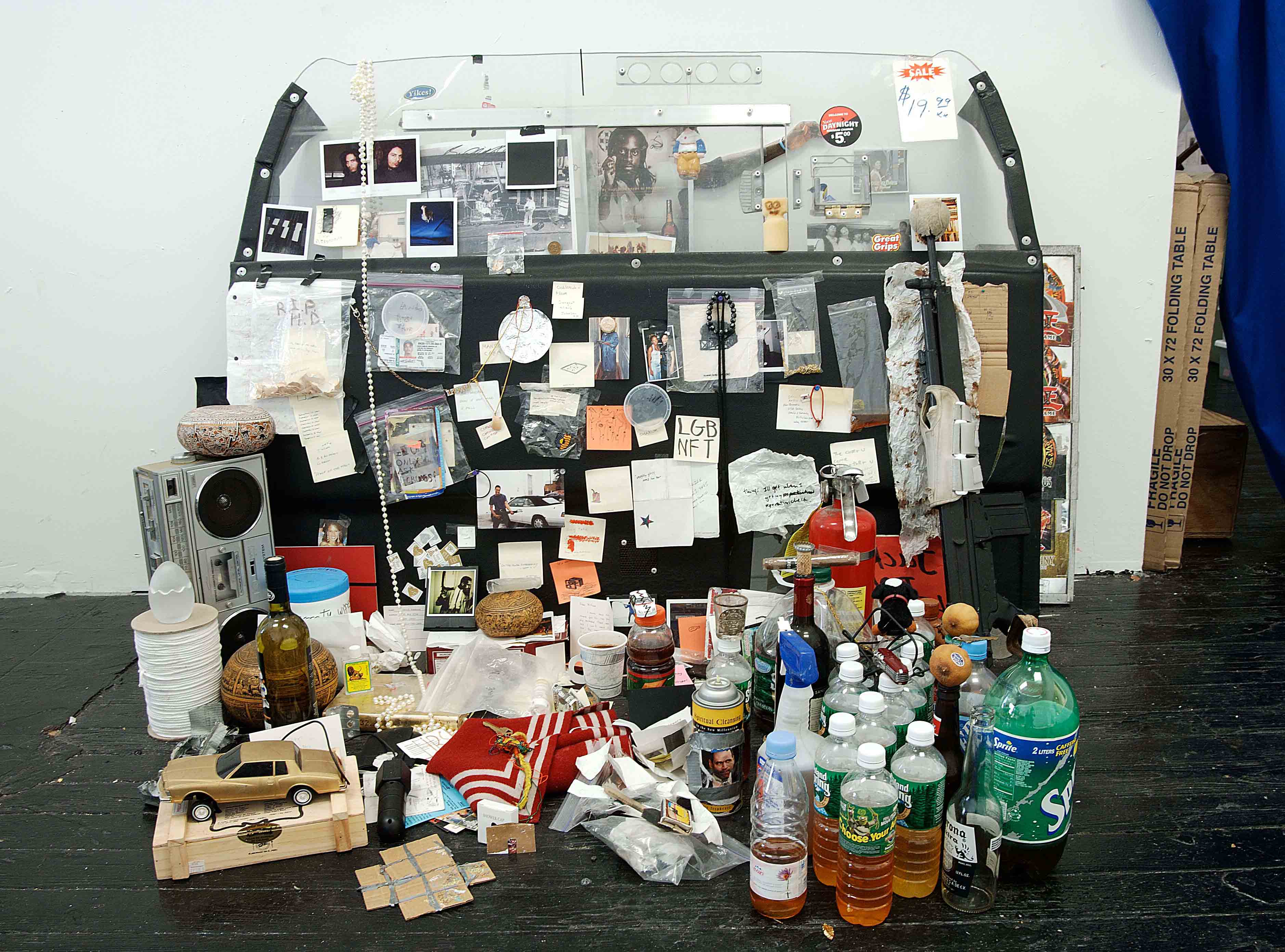 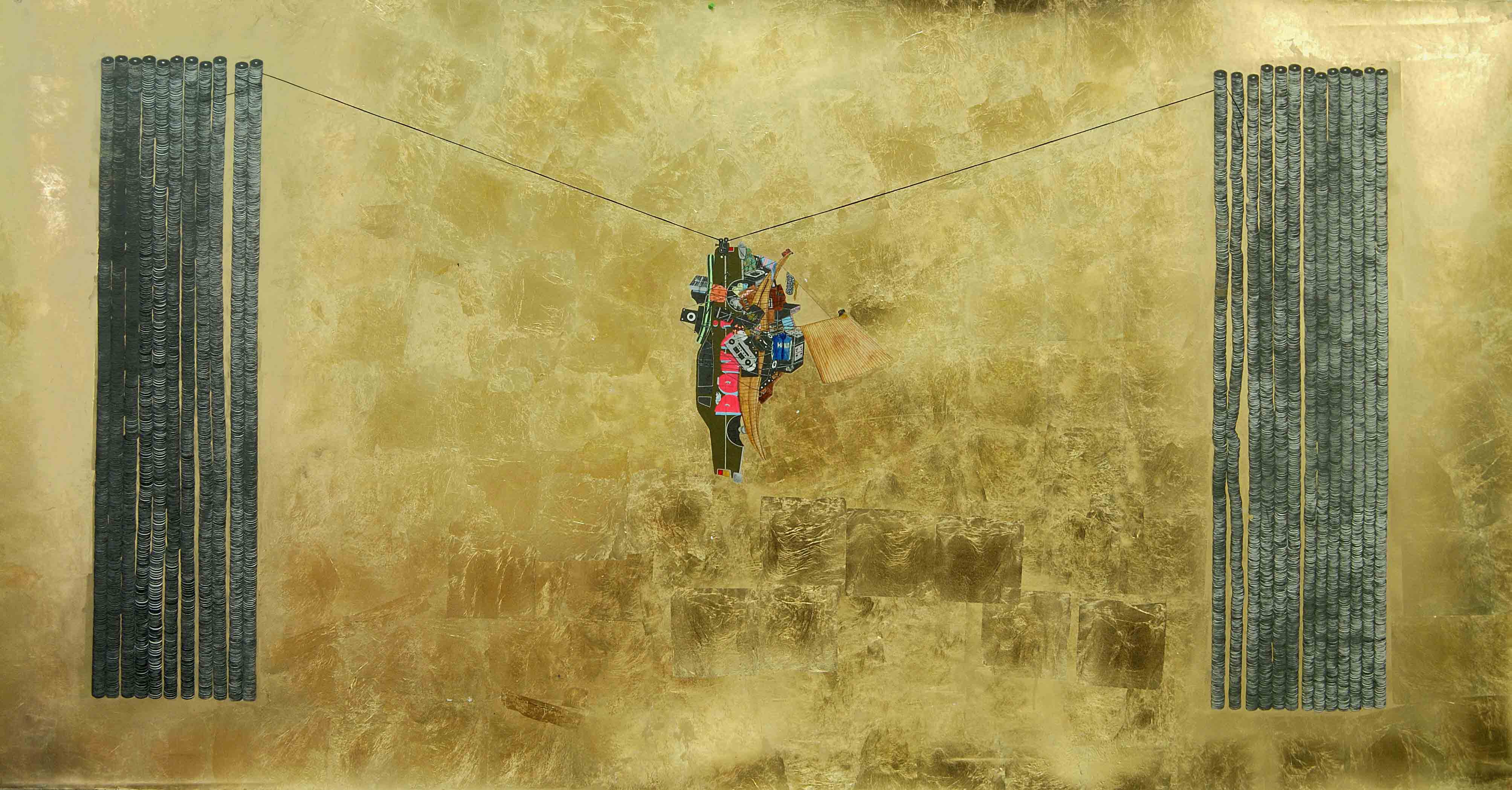 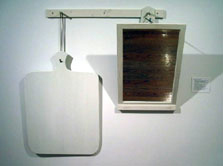 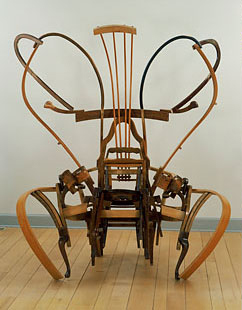 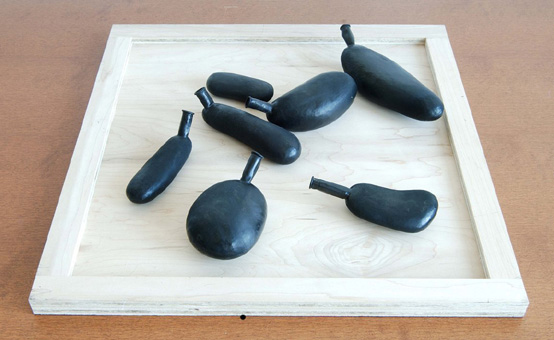 The Studio Museum in Harlem proudly presents SCRATCH, an exhibition of art works by 2004-2005 Artists-in-Residence: William Cordova, Michael Queenland and Marc André Robinson. Organized by former Associate Curator Christine Y. Kim, SCRATCH is the culmination of a year’s worth of creative growth and continuous artistic production with works in painting, drawing (on paper), mixed-media collage, sculpture, photography, installation and video. The Artist-in-Residence program represents one of the founding initiatives of the Studio Museum. Every year, three emerging artists are awarded year-long residencies on the third floor of the Museum, and a materials stipend that ends with a group exhibition.

A native of Peru, William Cordova moved to Miami during his childhood years in the late 1970s. It was a capsule of time when rap music and graffiti art did not exist as a commercialized, pop cultural entity, but rather as statements of defiance by an extremely distinguishable youth subculture. In attempting to restore the charged and coded meanings of images from his past, Cordova incorporates found objects, religion and musicality through collage, sculpture and drawing into his multi-media constructions. He aims to reference issues of displacement and transition (both literal and symbolic) by continually drawing from his Afro-Peruvian roots, Incan monoliths and hip hop culture.

While Michael Queenland’s imagery is often associated with simple forms and domestic spaces, his works examine the progressive and radical ideals of groups such as the Shakers, Davidians, and even insects. Images of hidden bunkers, soap bubbles and wasp nests address notions of hierarchy, chance, habitat and progress. Queenland mines social and artistic traditions to discover powerful forms and associations. Using everyday materials like Tupperware bins, liquor bottles and mirrors he creates photographs, sculptures and drawings to evoke legacies of the avant-garde and notions of religiosity versus secularism.

Through his artistic practice, Marc André Robinson examines iconography commonly associated with Black Power and identity. His investigations confront altering concepts of Blackness and otherness within a socio-political context. Robinson’s design of an intricate web of old western six-shooters transferred on parloresque wallpaper, addresses dichotomous discourses. The pistol motif locates a space for political dissidence at a time when a distinct amount of Americans continue to accept the lawlessness of some U. S. government officials, but it also alludes to smoking gun conspiracies that point to the assassinations of important, political, Black leaders such as Malcom X.