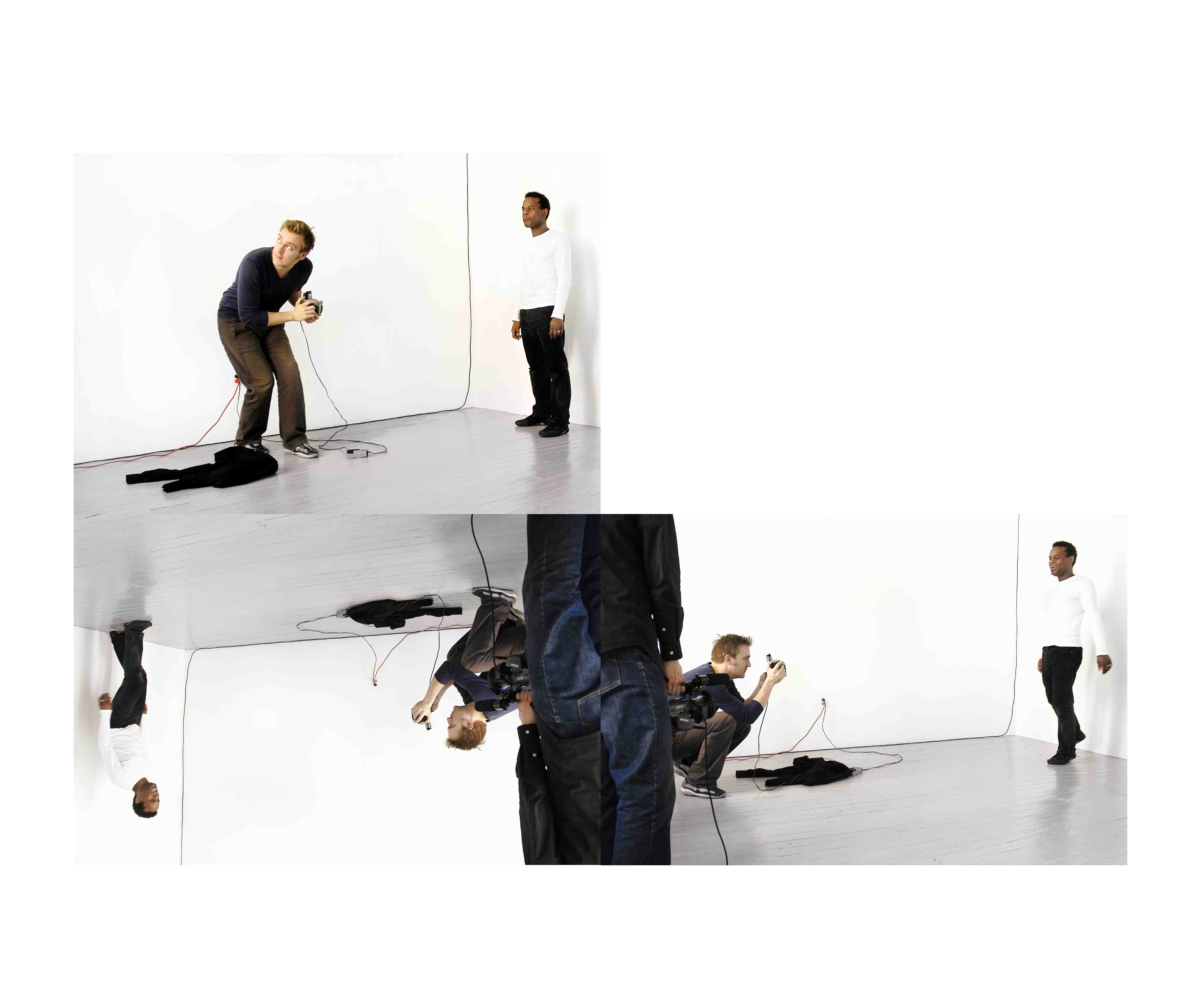 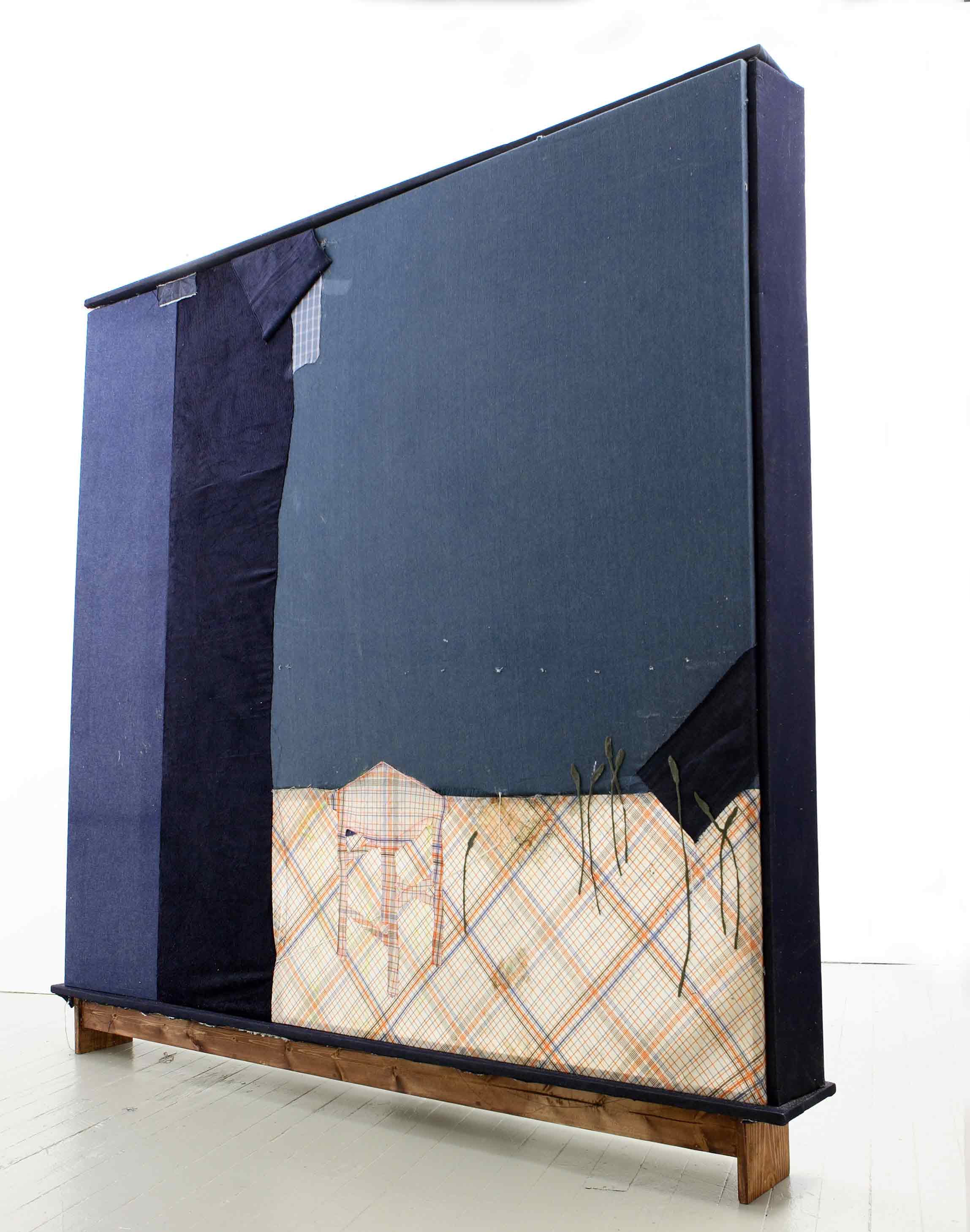 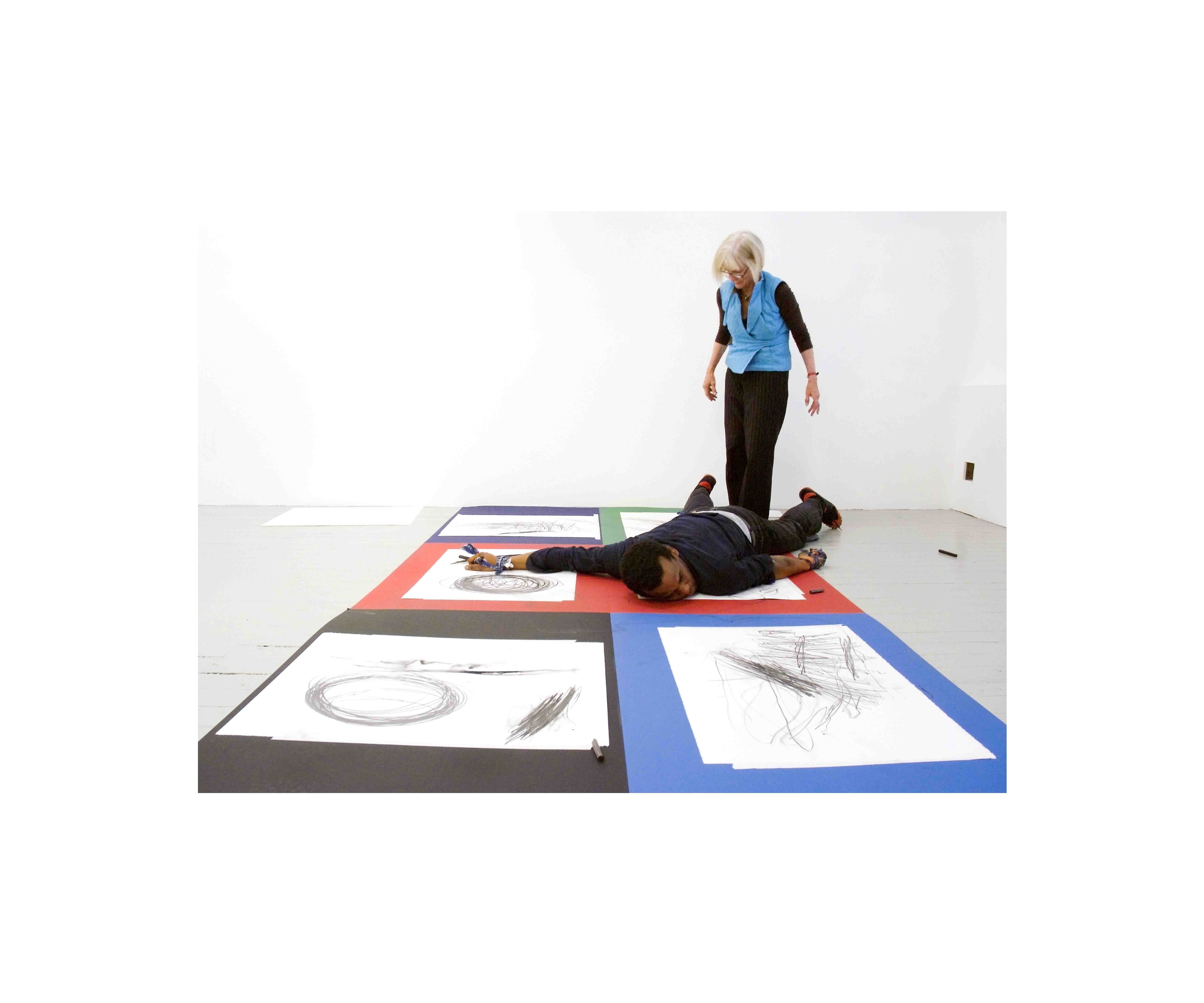 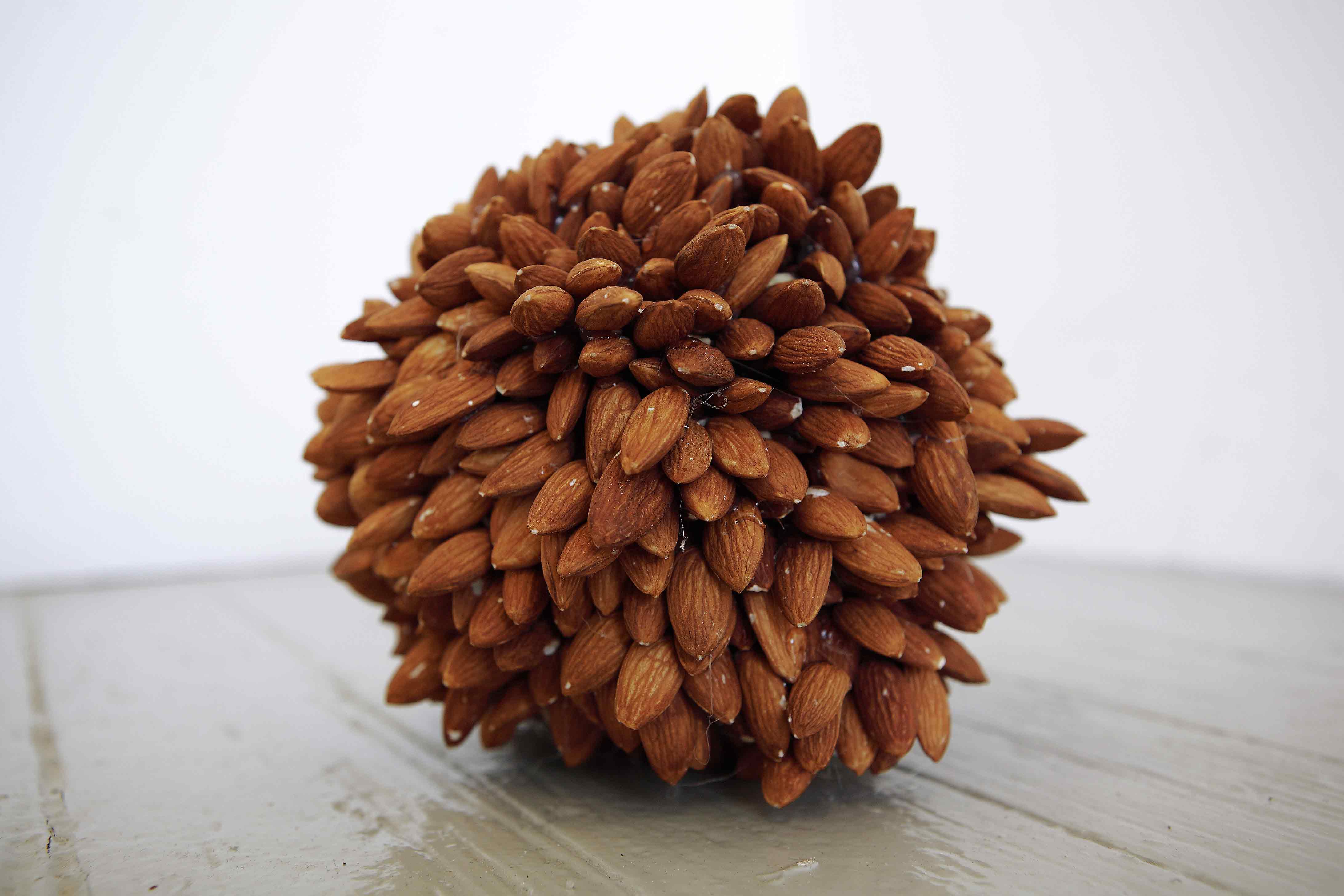 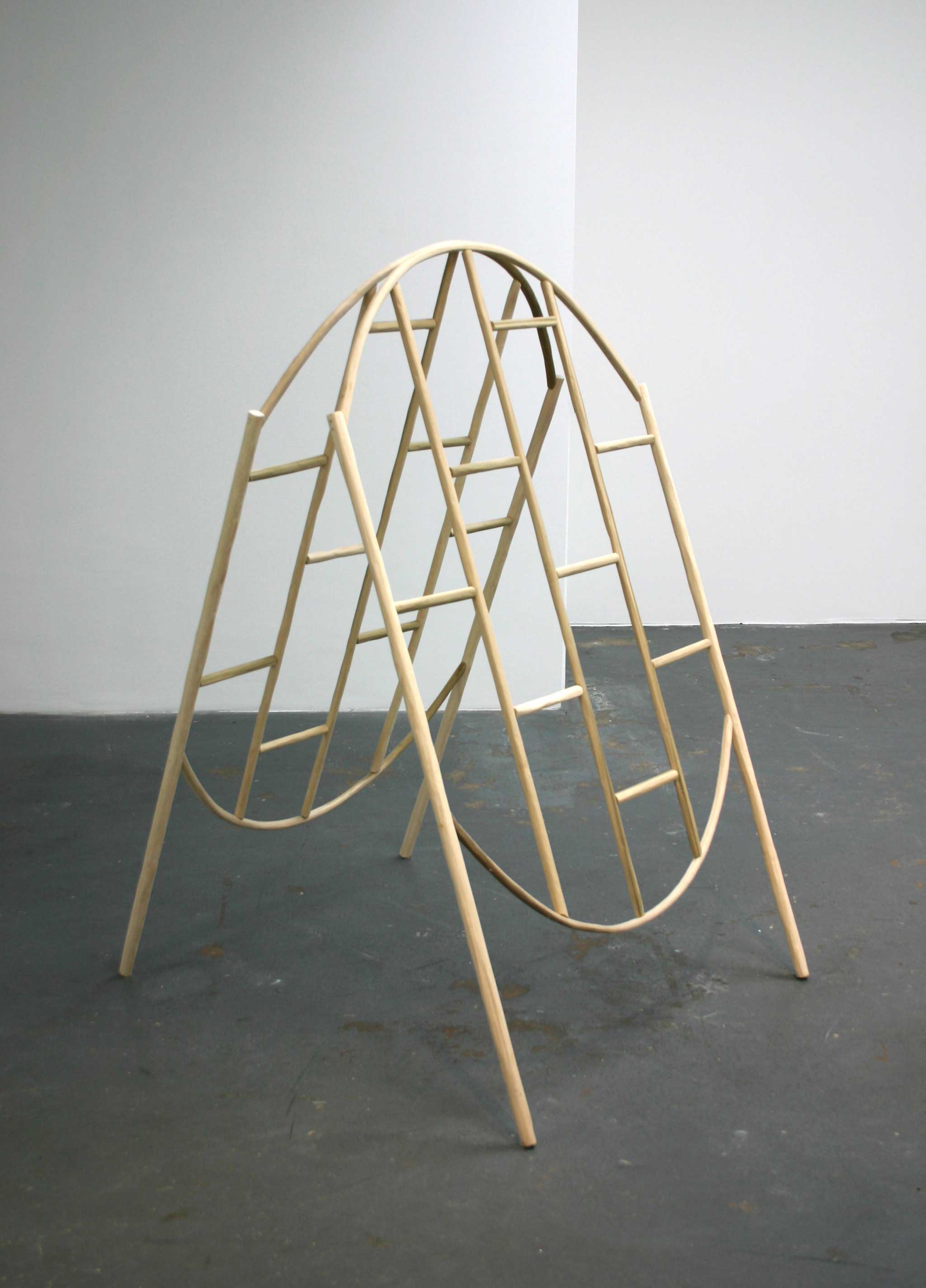 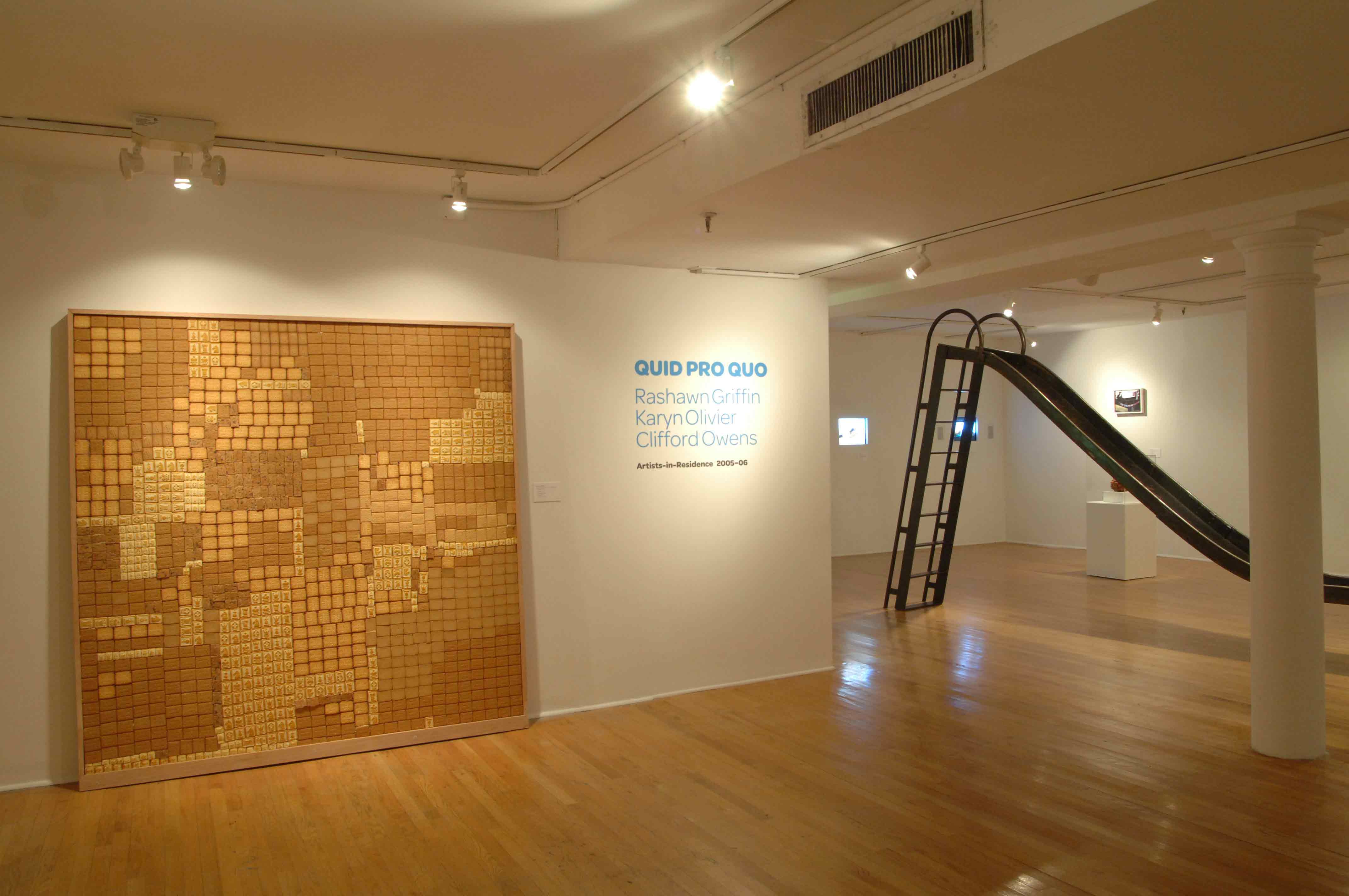 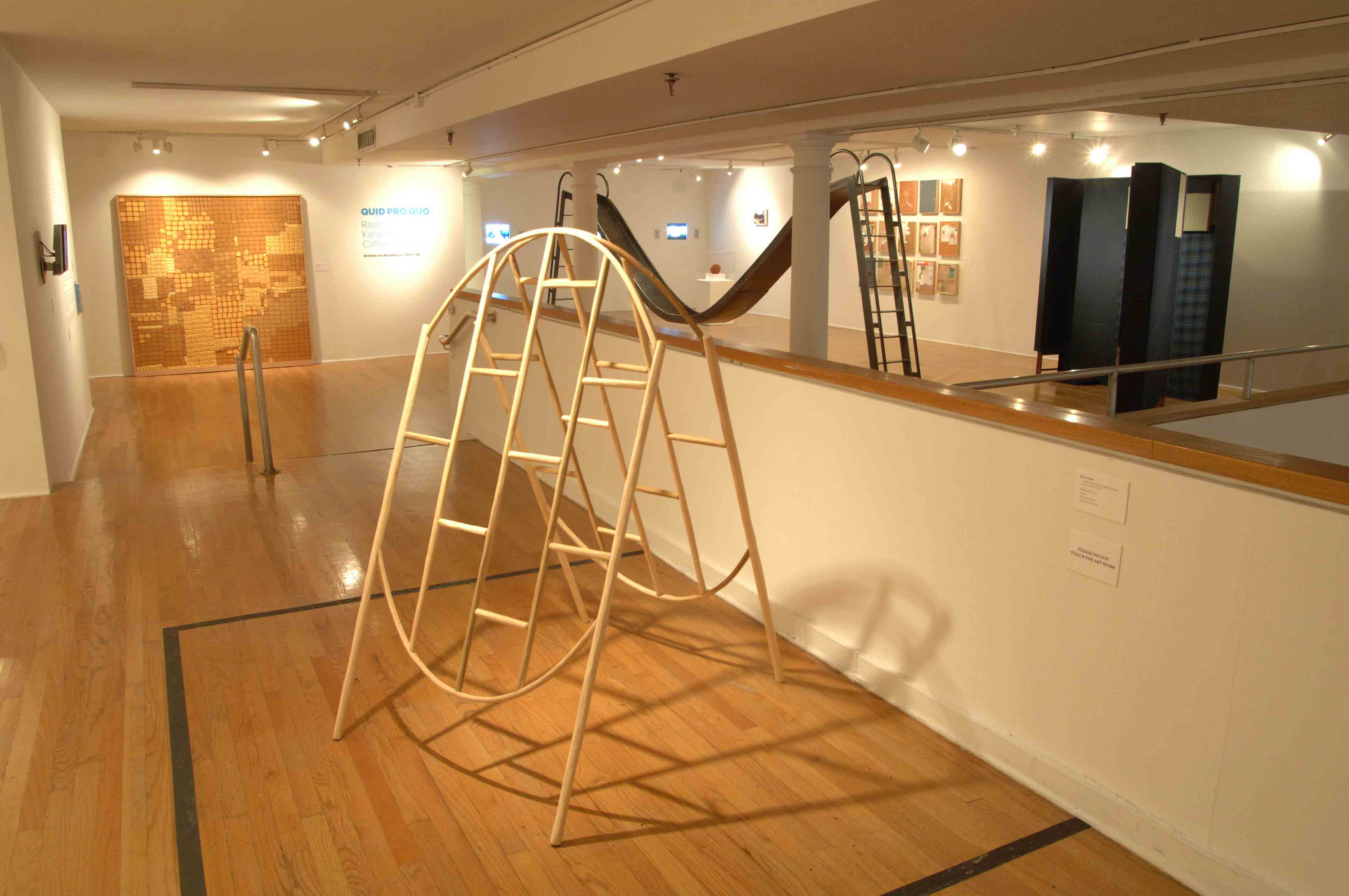 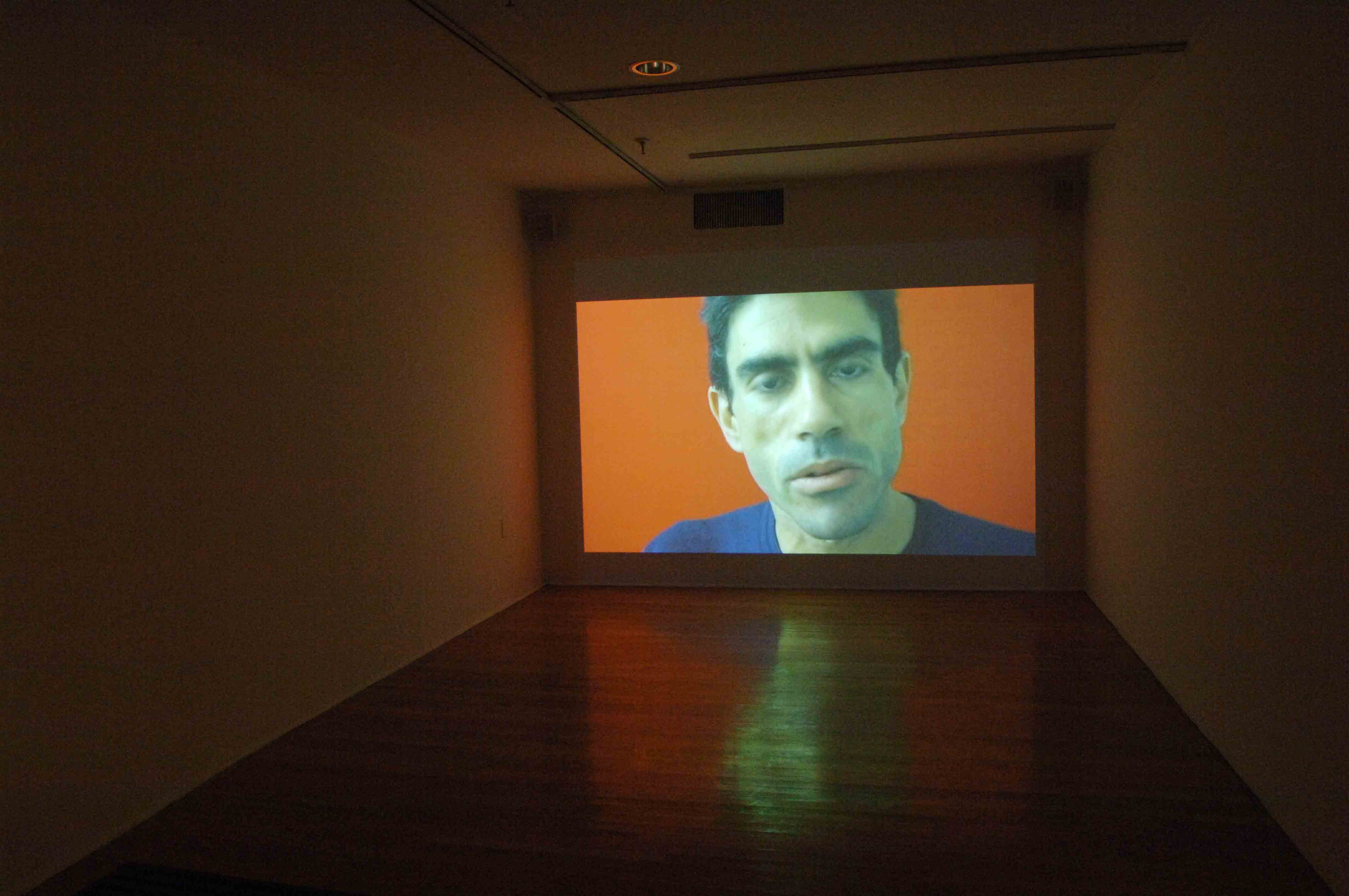 The art of Rashawn Griffin, Karyn Olivier and Clifford Owens is grounded in the quid pro quo of everyday life. This Latin phrase translates to “something for something,” an eye for an eye, a tooth for a tooth, a favor for a favor. It is also a legal term. For some, funds or favors given quid pro quo may constitute a breach of trust or unethical circumvention of the law. But as a practice, barter is a social norm, the oldest form of currency and still a popular method of acquiring goods and services. The works in this exhibition address and suggest ways in which objects and ideas can be exchanged or converted into something else. Literal elements, such as dime-store body lotion, denim jeans and jungle gyms are reinvented and reincarnated into new objects with altered forms, functions and meanings.

Hovering between the public and the private, the ambiguous and the obvious, Griffin’s work pushes the viewer toward a more nuanced relationship with familiar objects. Referencing early West Coast assemblage and Color Field painting, he creates multimedia works that explore the nature of material, space and art production. untitled (nat, love, baby!) (2006), for example, is created from various items including debris found on Harlem streets and a copy of Marcel Proust’s book, Swann’s Way. la defense (2006), referring to the Arche de la Défense, a commemorative public monument built outside Paris on the bicentenary of the French Revolution, is made with French butter cookies. These interpolations of the familiar and the foreign exemplify Griffin’s interest in history, humor and contradiction.

Likewise, Olivier’s sculptures and photographs are engaged in notions of site-specificity. With an interest in the psychology and sociology of work and play and the visual languages of formalism and Minimalism, she entices the viewer to exit comfort zones in order to (re)experience familiar objects in foreign spaces. Monkey Bar (2005), Doubleslide (2006) and other works associated with structures found on children’s playgrounds, for example, demonstrate her interest in the inherent ironies of language and beauty.

With a body of work encompassing live action, video and photography, Owens investigates the nature of performance and human interaction. For his Studio Visits series (2005-06), he invited a range of artists, critics and writers into his studio to participate in the creation of original performances and art pieces. These acts are invested in material balance, social exchange and quotidian negotiation. Often using his own body as his primary medium, Owens’s public interventions invite the viewer to upset the typical artist-audience power dynamic, and suggest that art is perhaps a more literal dialogue between artist and audience.