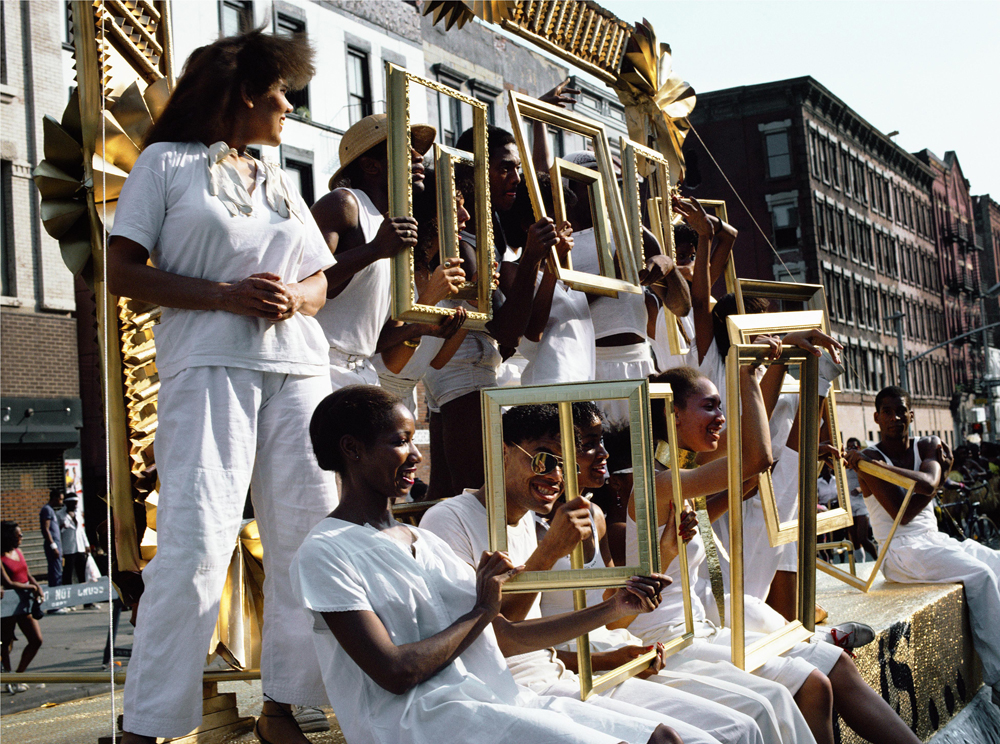 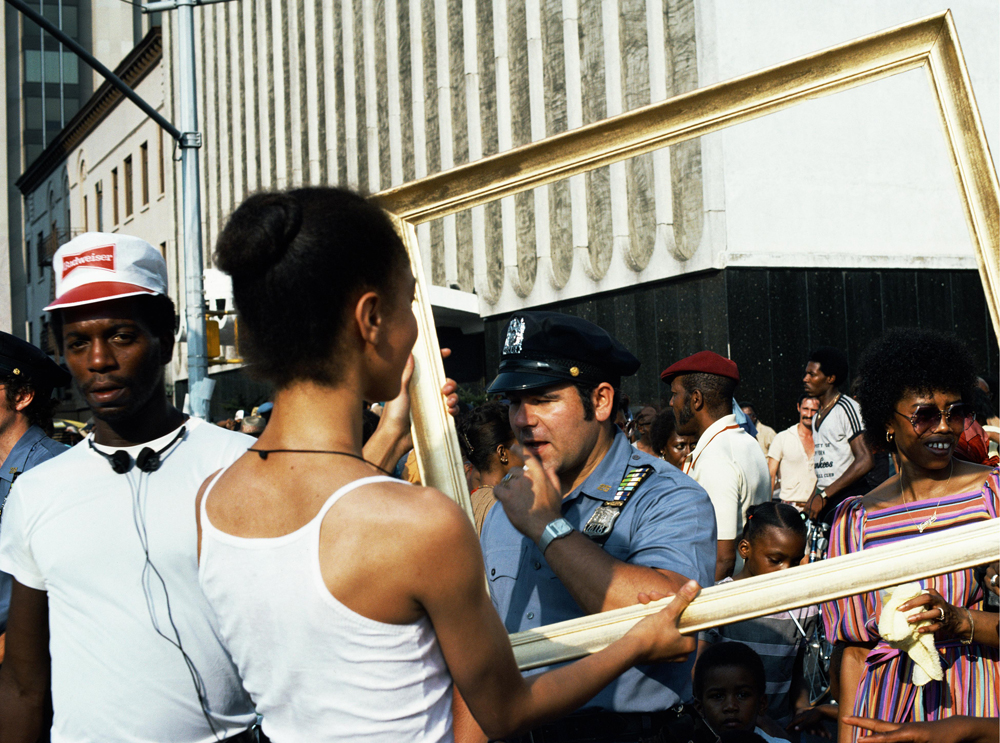 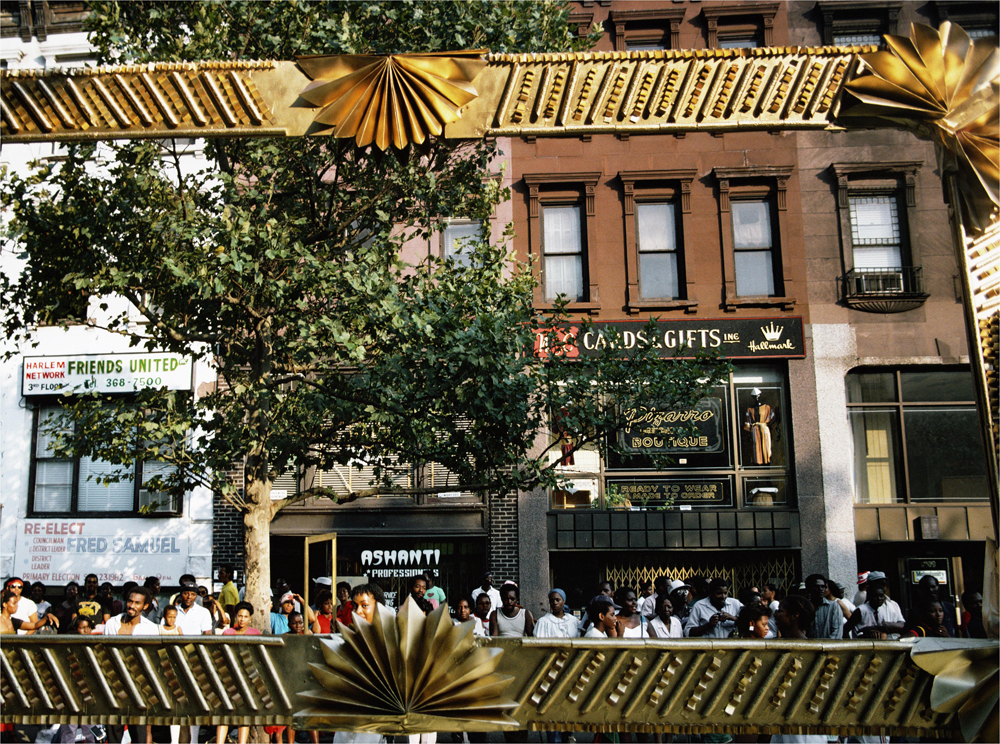 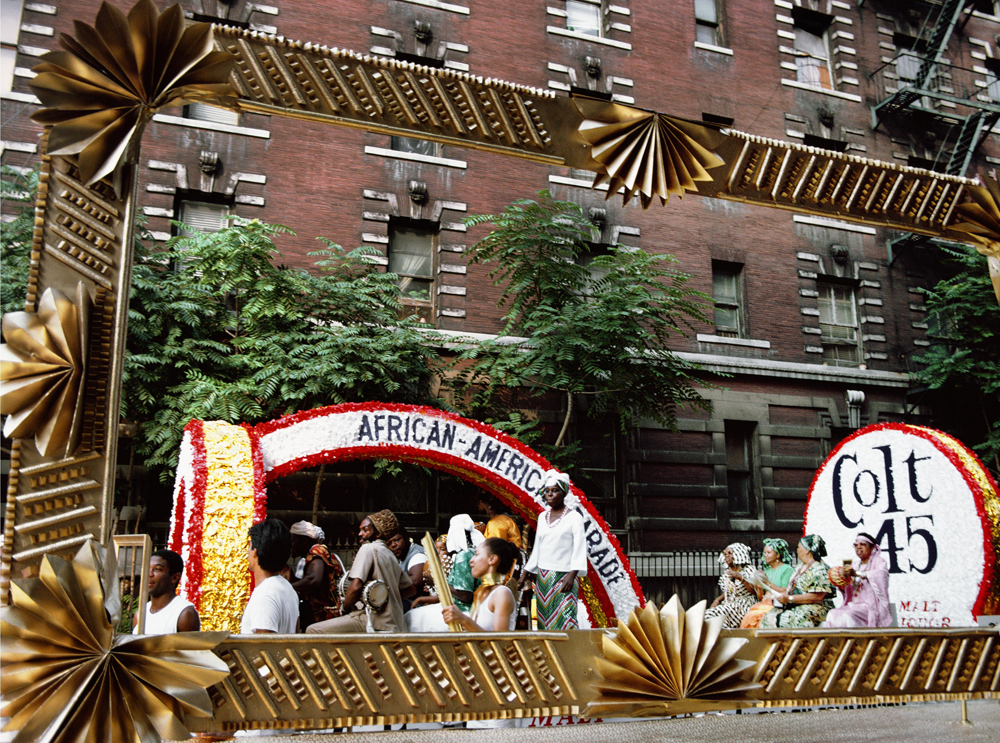 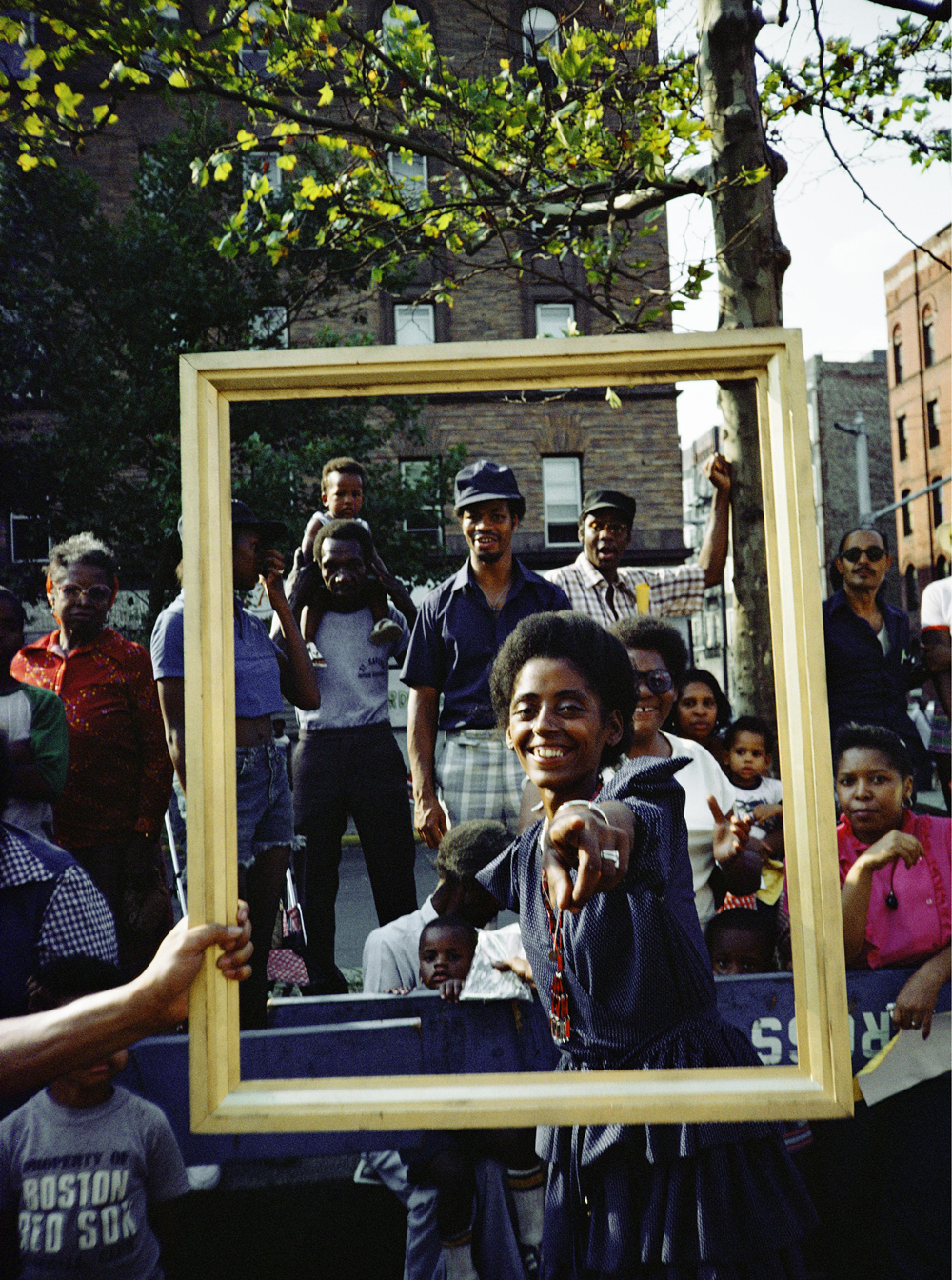 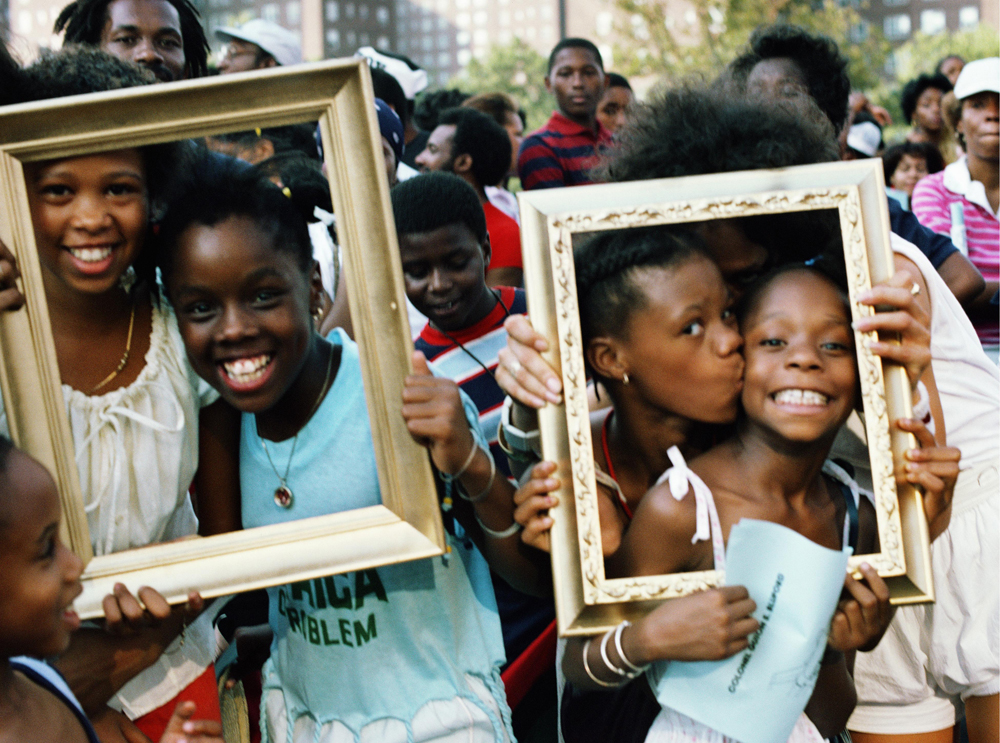 Over the course of more than three decades, artist and cultural critic Lorraine O’Grady has won acclaim for her installations, performances and texts addressing the subjects of diaspora, hybridity and Black female subjectivity. Born in Boston in 1934 and trained at Wellesley College and the Iowa Writers’ Workshop as an economist, literary critic and fiction writer, O’Grady had careers as a U.S. government intelligence analyst, a translator and a rock music critic before turning her attention to the art world in 1980.

In her landmark performance Art Is…, O’Grady entered her own float in the September 1983 African-American Day Parade, riding up Harlem’s Adam Clayton Powell Jr. Boulevard (Seventh Avenue) with fifteen collaborators dressed in white. Displayed on top of the float was an enormous, ornate gilded frame, while the words “Art Is…” were emblazoned on the float’s decorative skirt. At various points along the route, O’Grady and her collaborators jumped off the float and held up empty, gilded picture frames, inviting people to pose in them. The joyful responses turned parade onlookers into participants, affirmed the readiness of Harlem’s residents to see themselves as works of art, and created an irreplaceable record of the people and places of Harlem some thirty years ago. These color slides were taken by various people who witnessed the performance, and were later collected by O’Grady to compose the series. The forty images on view capture the energy and spirit of the original performance.