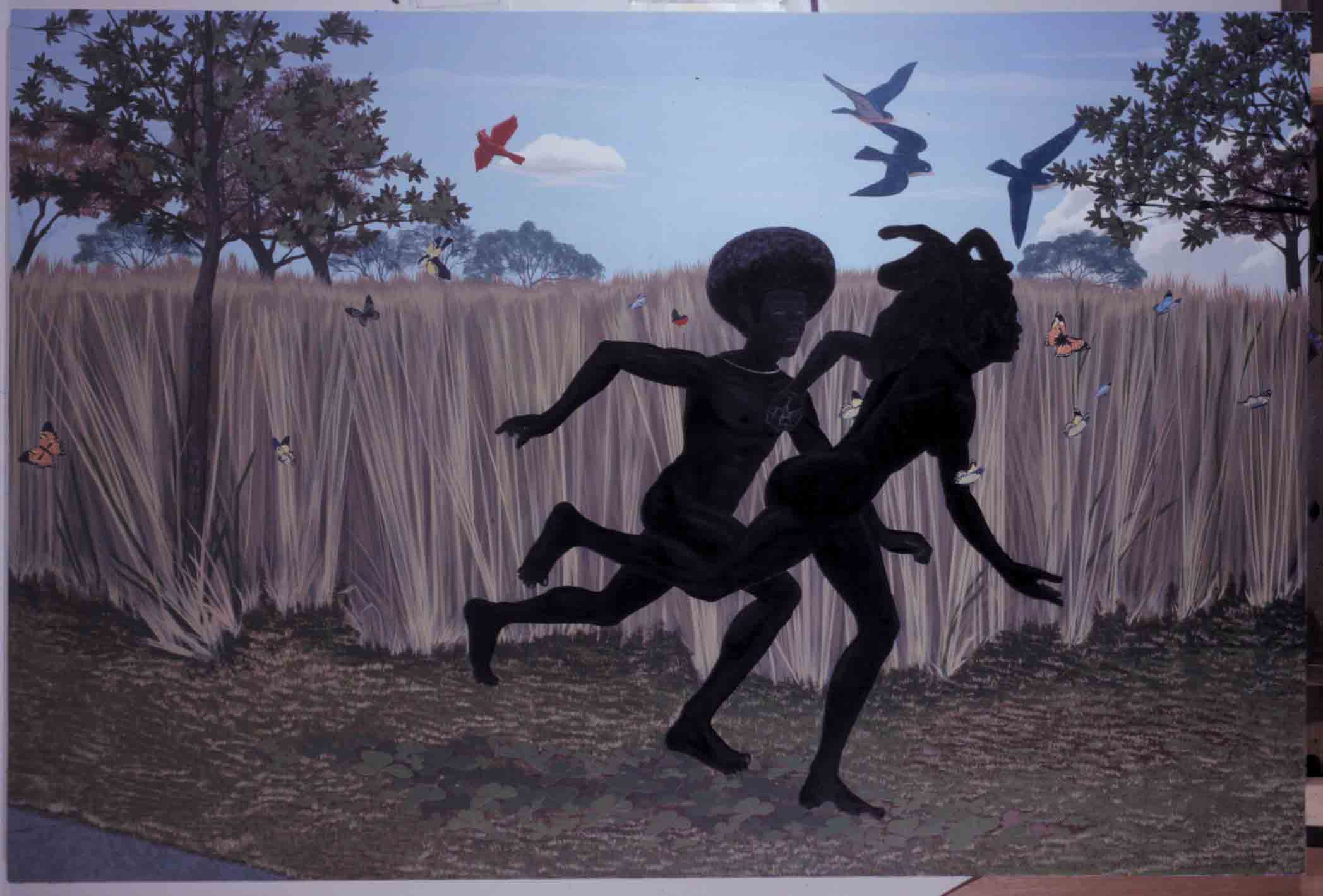 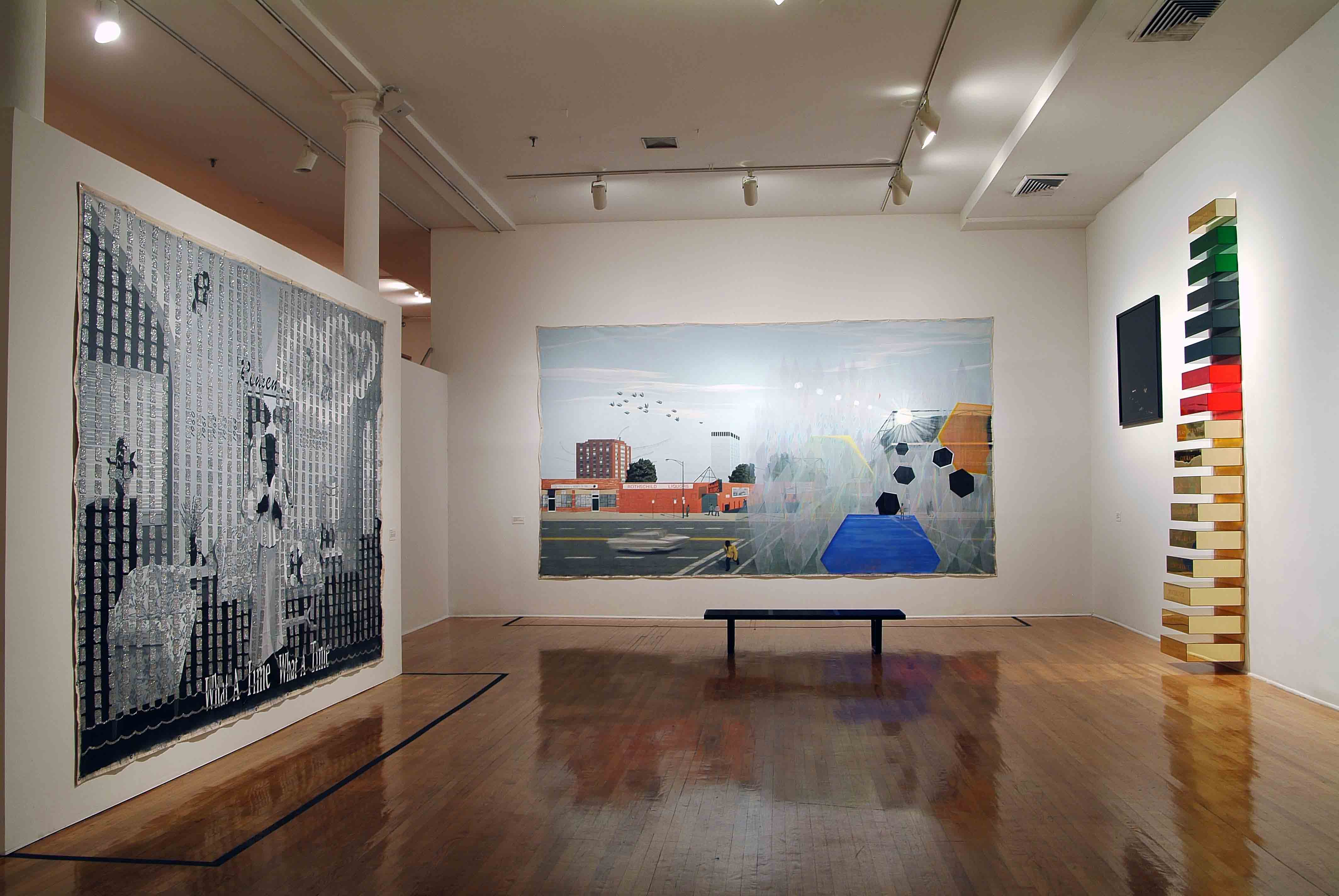 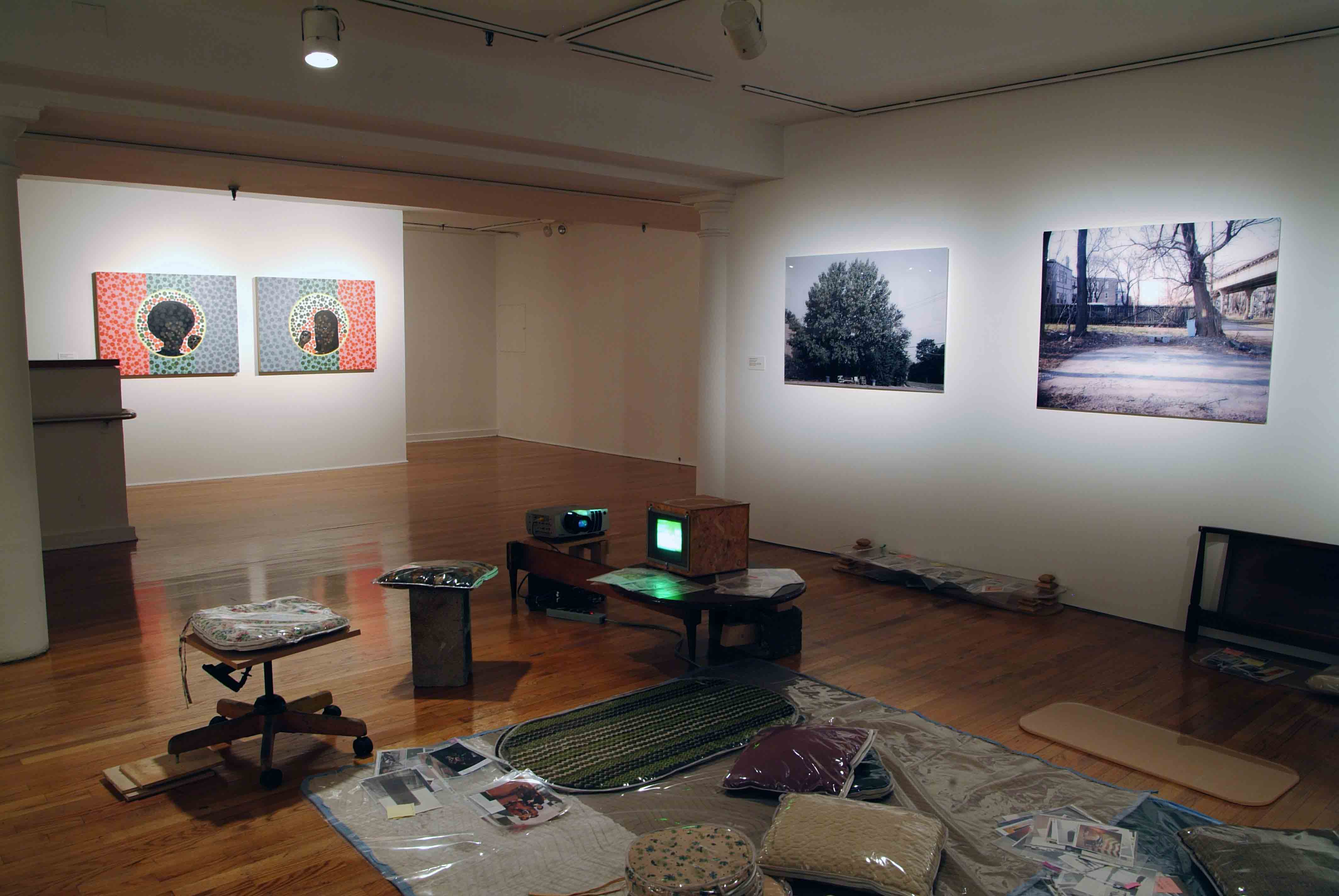 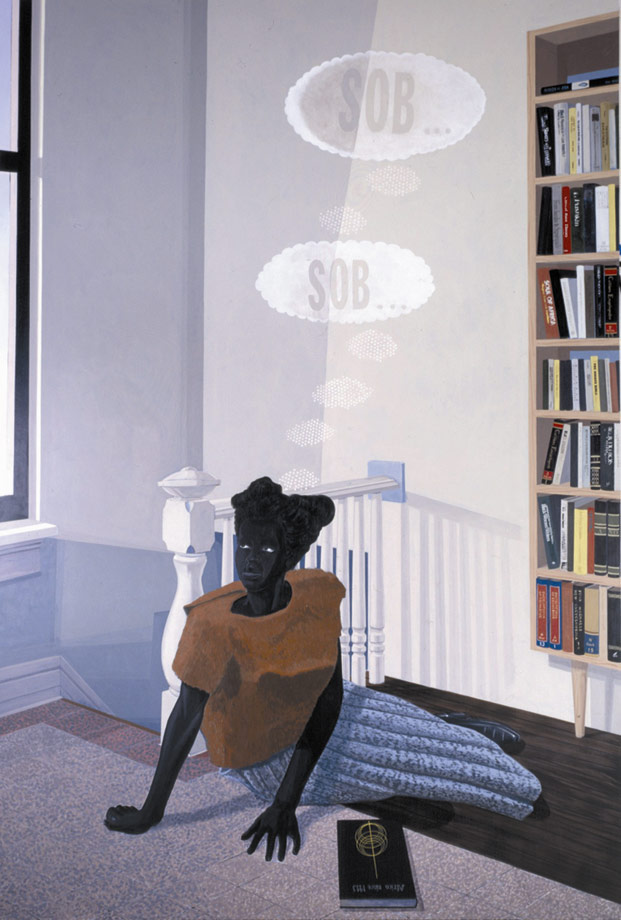 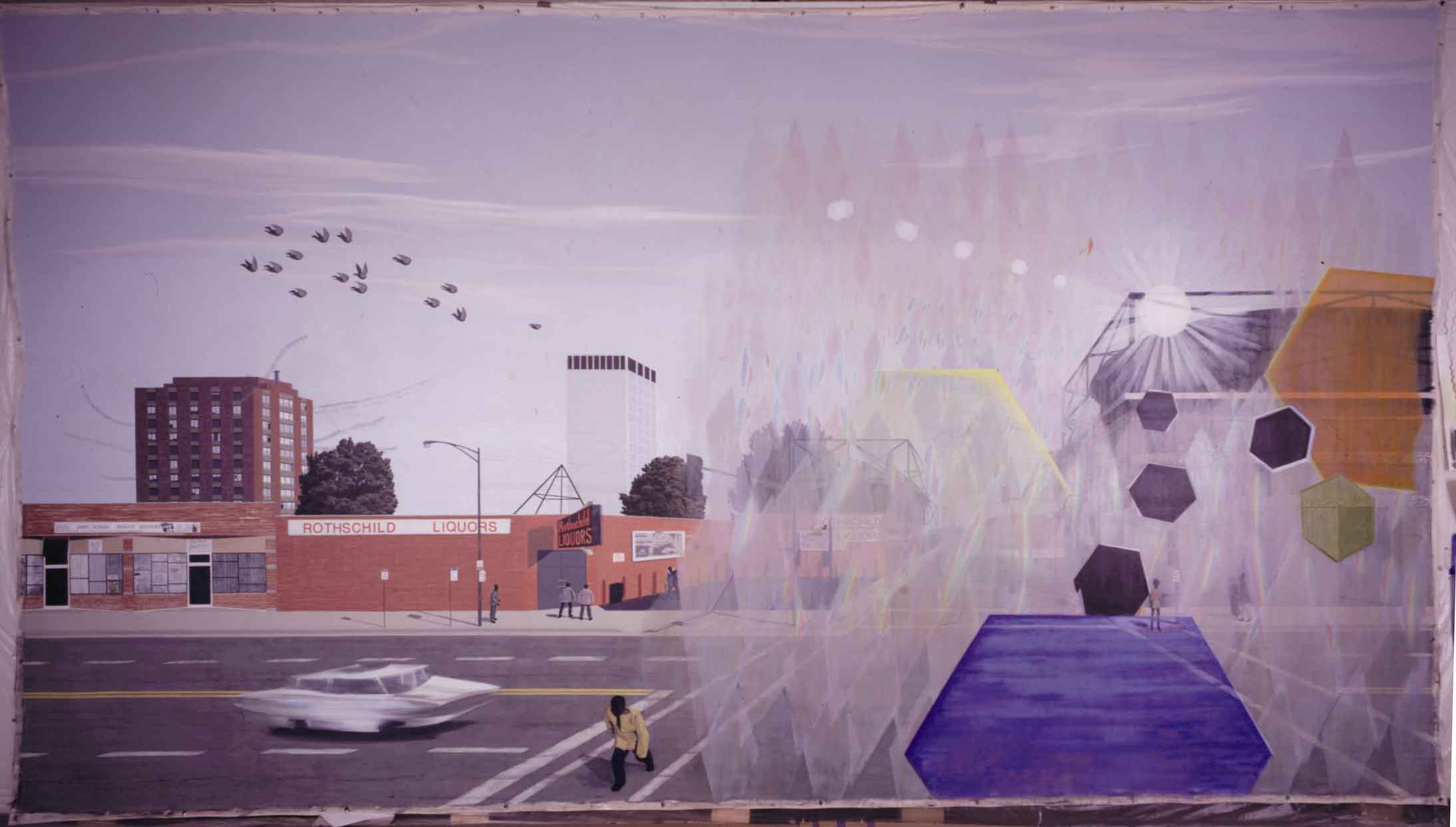 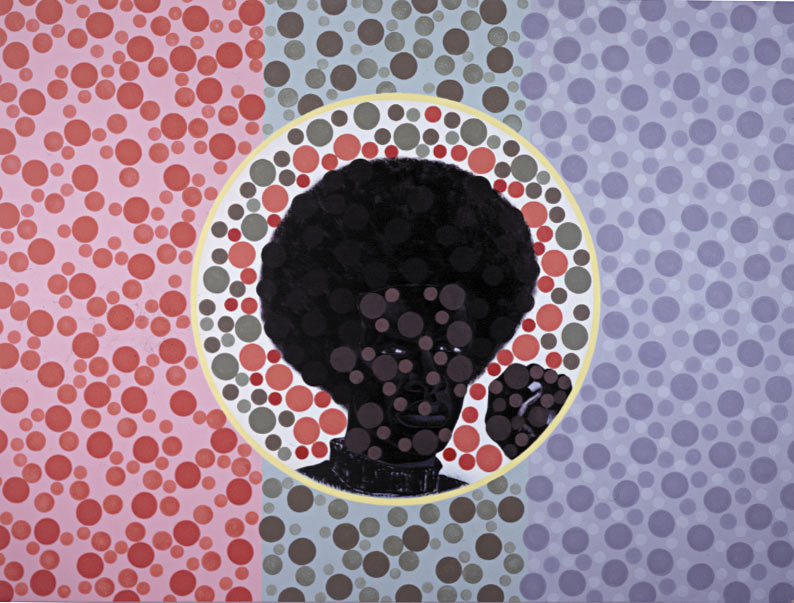 This solo exhibition represents the culmination of five years of work by the acclaimed Chicago-based artist Kerry James Marshall. He is known primarily for his monumental paintings of African-American subjects based on the traditional genre of narrative history painting. Marshall will present over 30 works in all media including sculpture, installation, photography, video and printmaking. The newest body of work, One True Thing, simultaneously pays homage to and critiques the notion of a Black aesthetic. Stemming in part from Marshall’s recent comic strip, Rhythm Mastr (2000) –in which an urban superhero battles the forces of evil using a combination of futuristic and traditional African accoutrements—Marshall amplifies and extends the references to embrace a wider range of media and multiple readings of Black imagery. As the titles and subtitles suggest, these works seek to raise intriguing and often confounding questions about the role of the artist and the institution in defining positions in artistic practice.