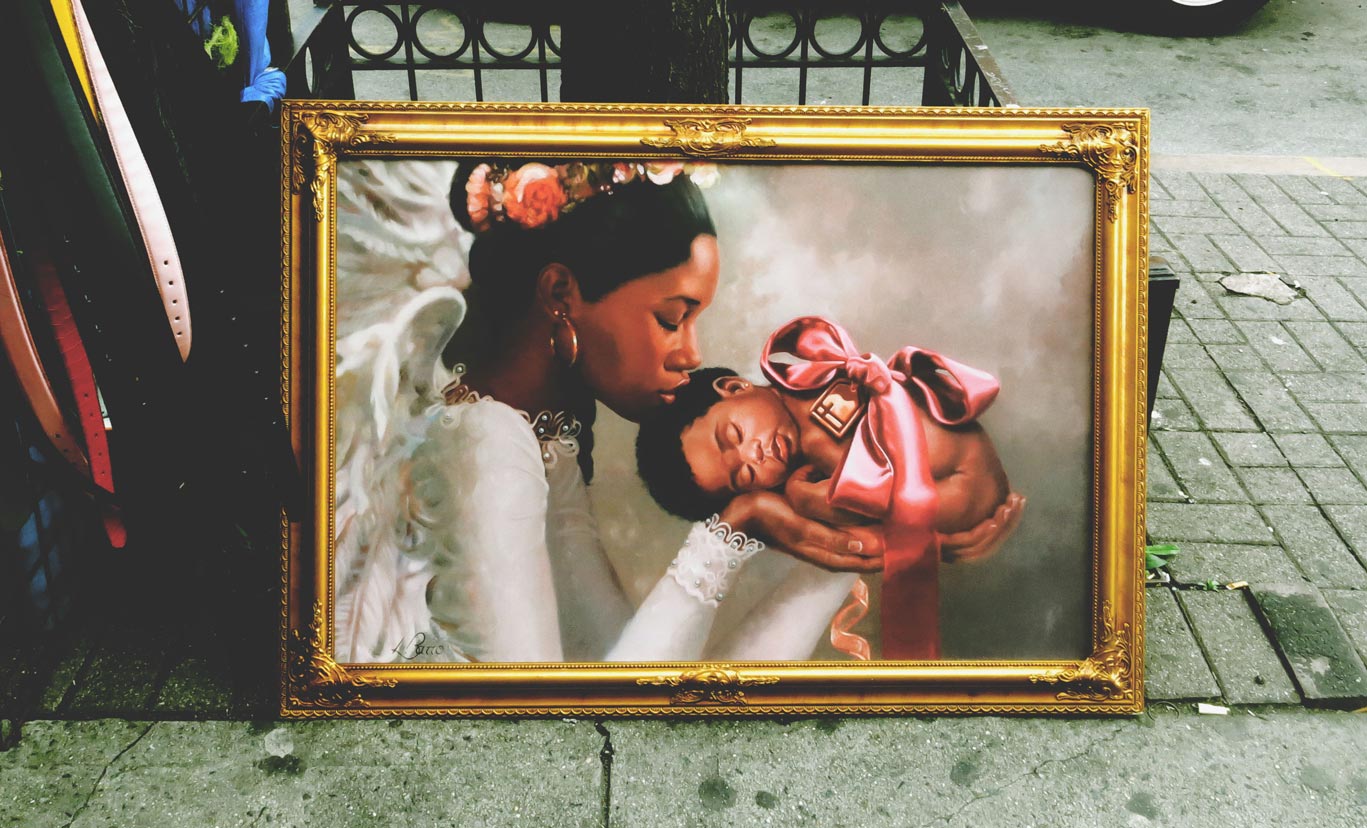 Church of Mama is a photograph of artwork I’ve encountered many times while walking through the streets of Harlem. Harlem is especially important to me as an artist because it is a hub of culture and architecture and is, by my own definition, a colorful area of inspiration. The street vendors making their living in Harlem sell these beautiful pieces of artwork that may not have been recognized by the professional art world. These artists work to produce ideas that sometimes do not make it into museums, and are in return giving those walking by on their way to a work a quick art gallery show. There is much to be discovered in the art world, and it is a privilege to walk through the streets of Harlem and encounter such beautiful pieces of work out in the open. 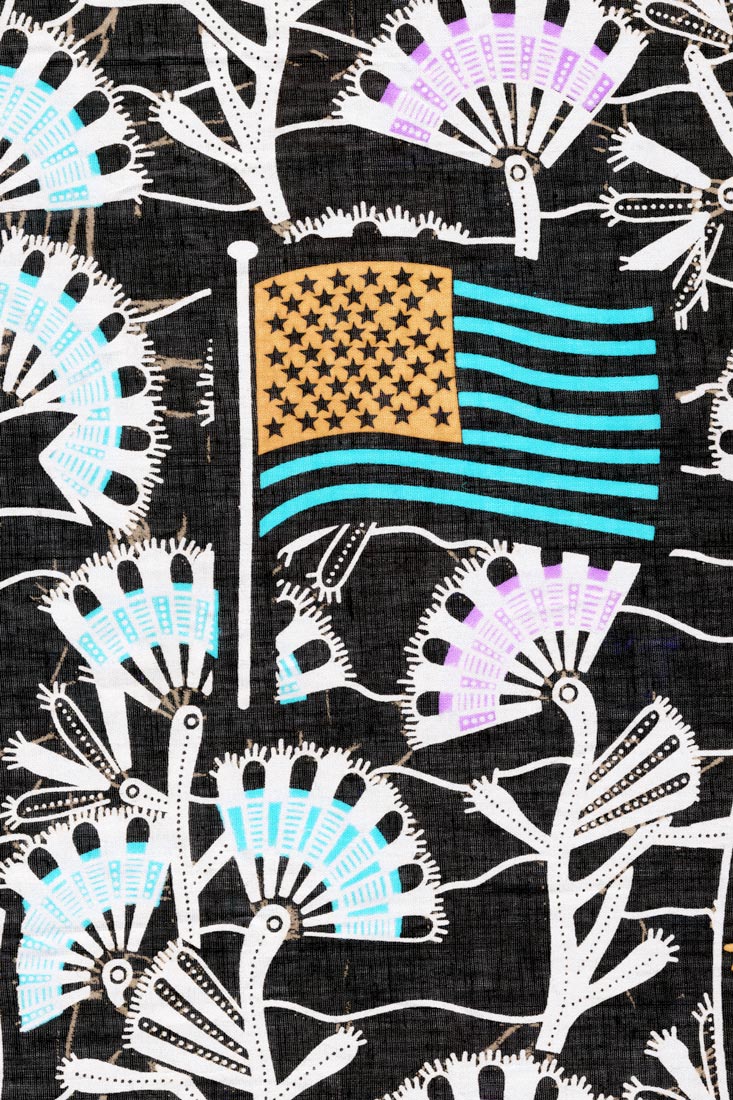 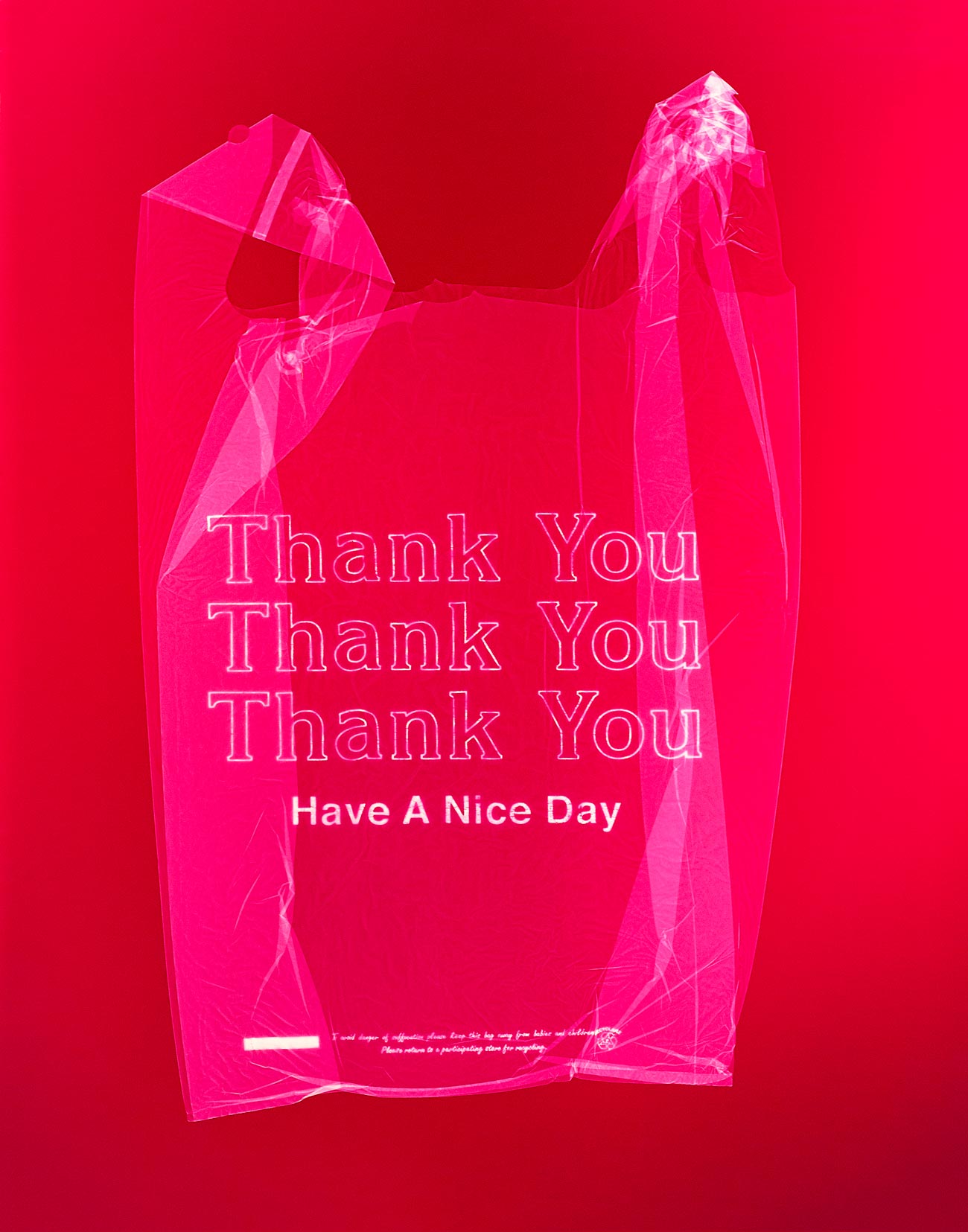 This image is part of a series of photograms titled “On Gratitude,” where I simply lay bags down on photographic paper, allowing the imprint of the bag to be made as light passes through it. In the darkroom I have created rich, deep colors and jewel-like tones to create the feeling of a precious object and play on the idea of turning trash into treasure. This bag was found in Harlem, near Lenox Ave. and 123rd St. Growing up in NYC, I've watched Harlem change throughout the years. Large chain stores are increasingly replacing locally owned businesses, and the bags that I have been collecting are also disappearing with the influx of these corporate retailers. In an effort to “go green,” these bags are being phased out of use and slowly they will eventually disappear from our daily lives. I want to create a record of these disappearing objects, which are so tied to American consumer culture. 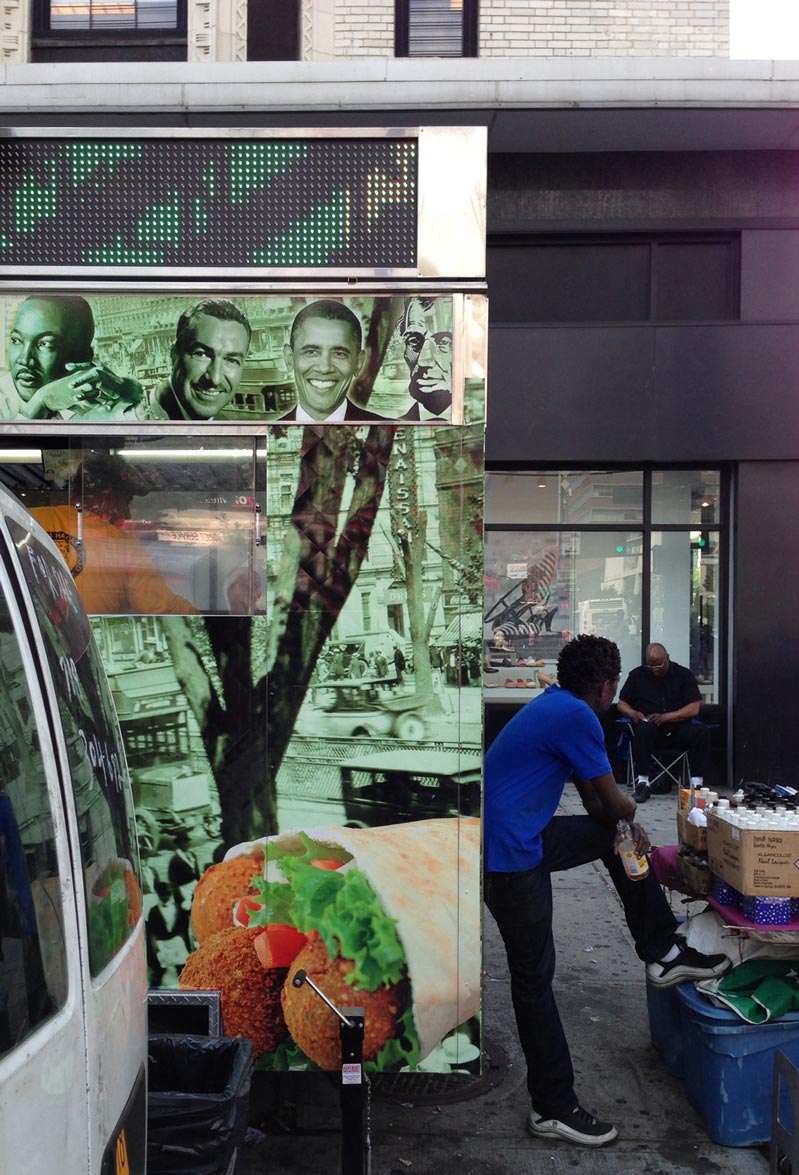 This image was shot in late May 2013 on the corner of 125th Street and Adam Clayton Powell Jr. Boulevard. I was attracted to it as a collage of layered formal, political, social, and commercial histories. The monochrome images of Martin Luther King Jr., Adam Clayton Powell Jr., Barack Obama, Abraham Lincoln and historic Harlem are foregrounded by the vendor inside the cart and a vibrant image of a falafel sandwich. The image contains an abutment of images and objects along with political idealism and commercial reality. I also liked how the cart becomes a stoop for another vendor as he sells his various goods.