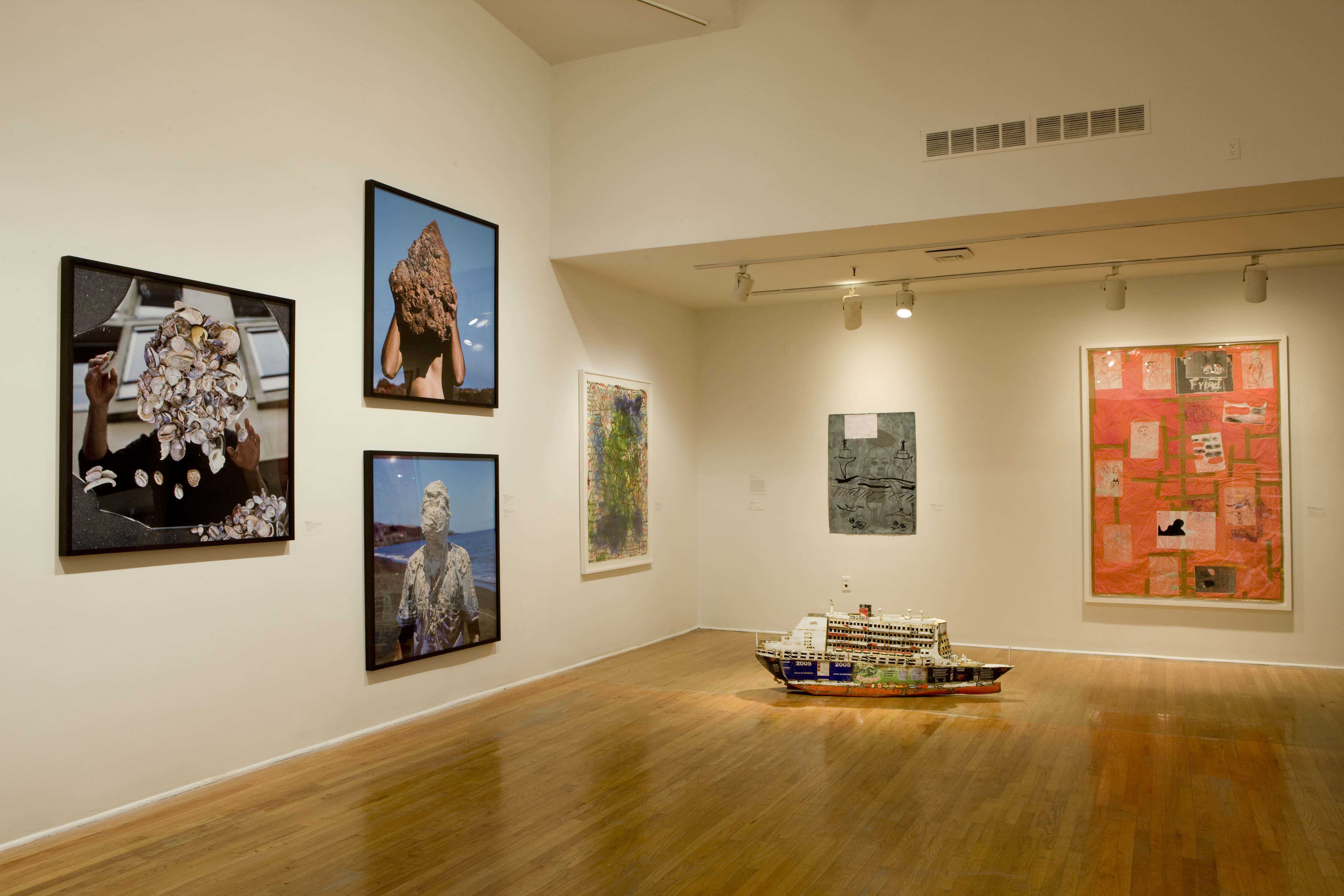 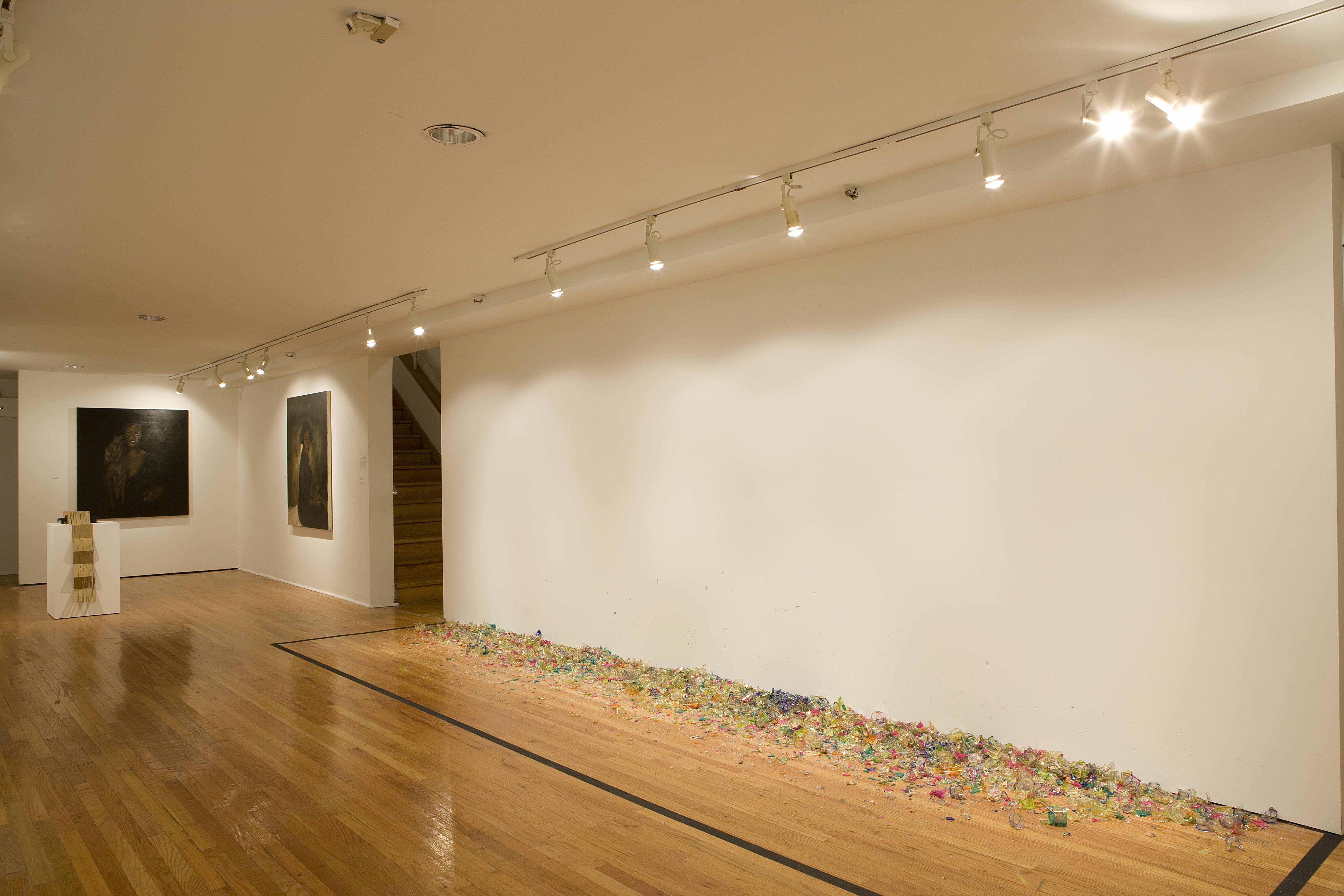 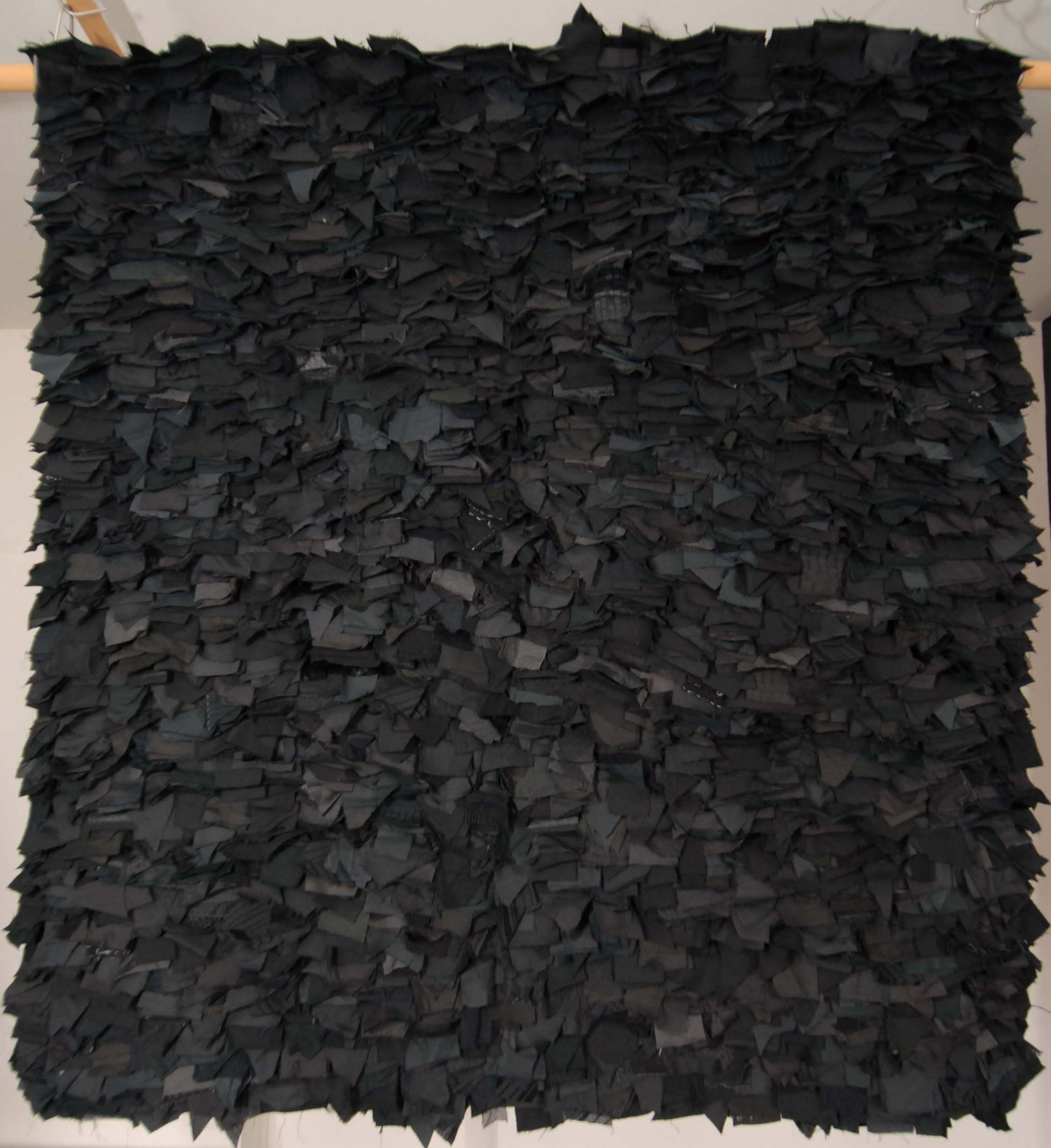 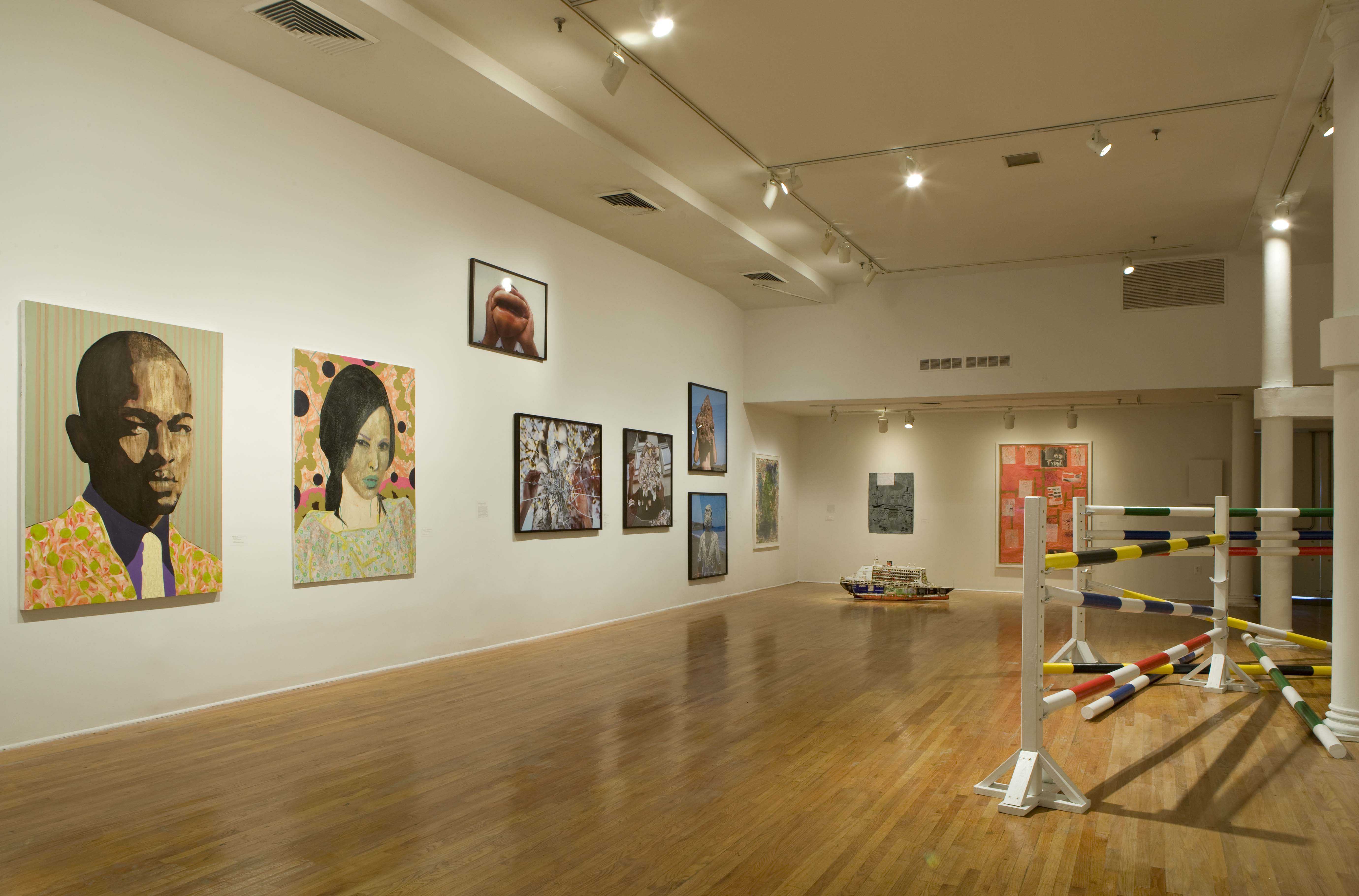 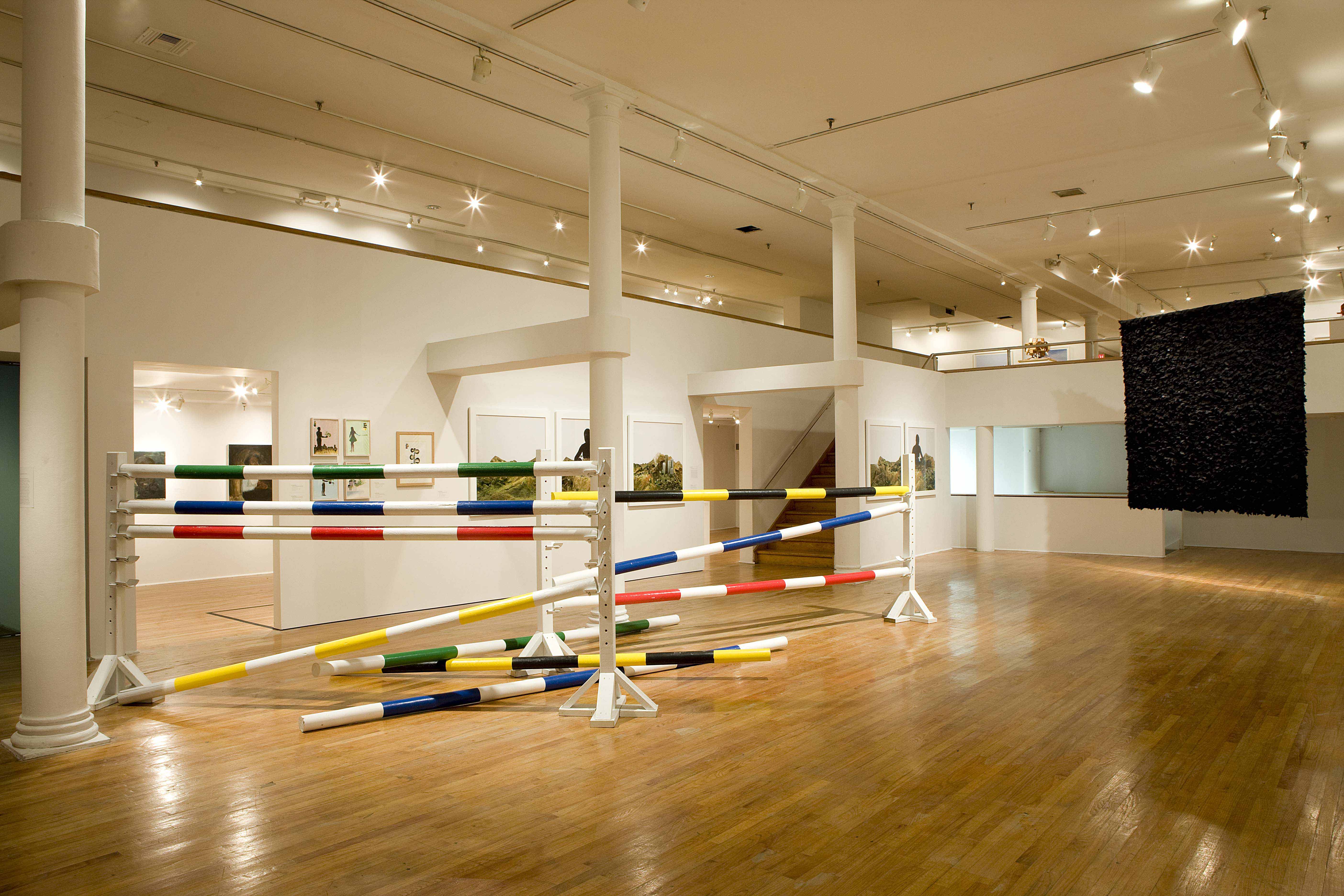 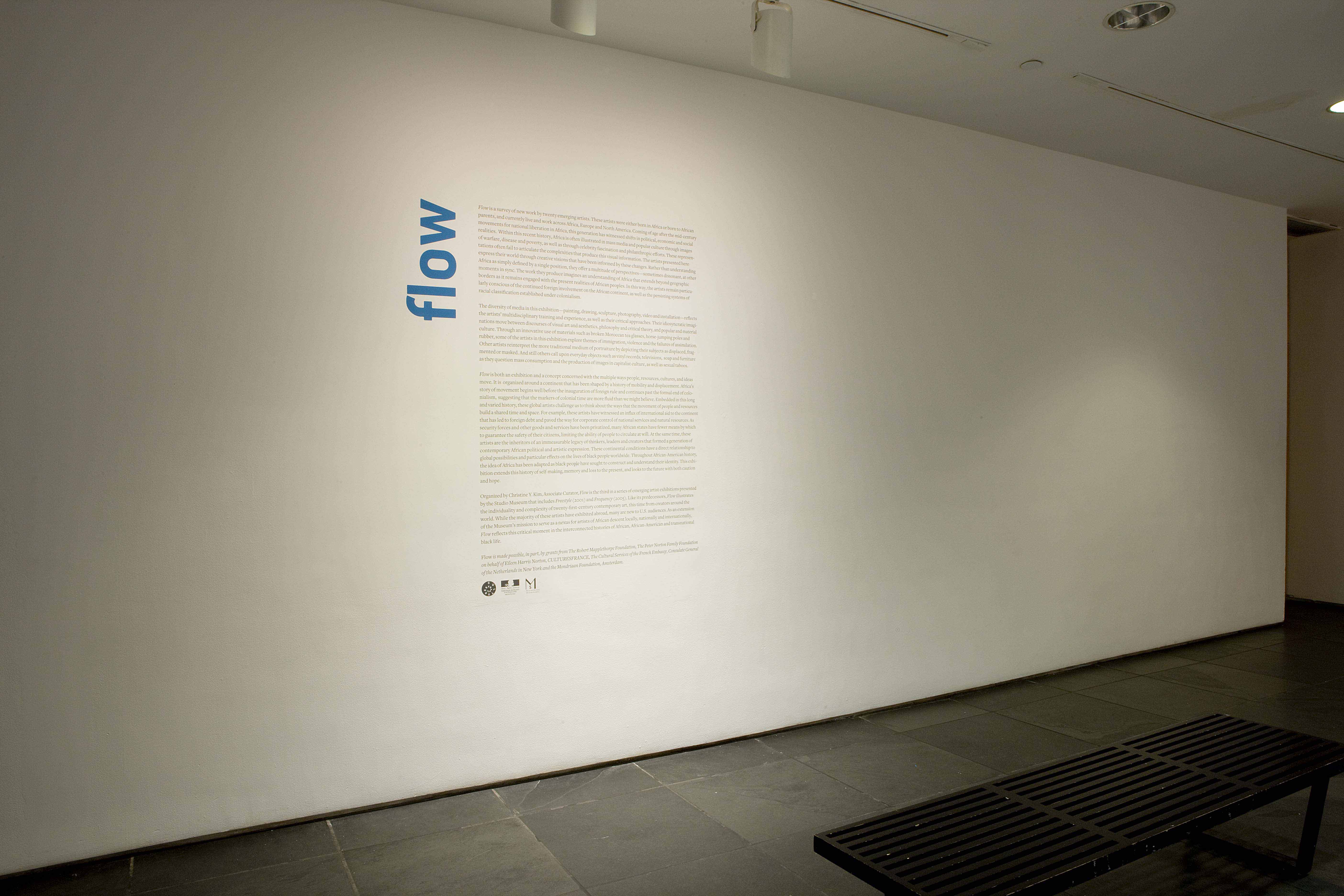 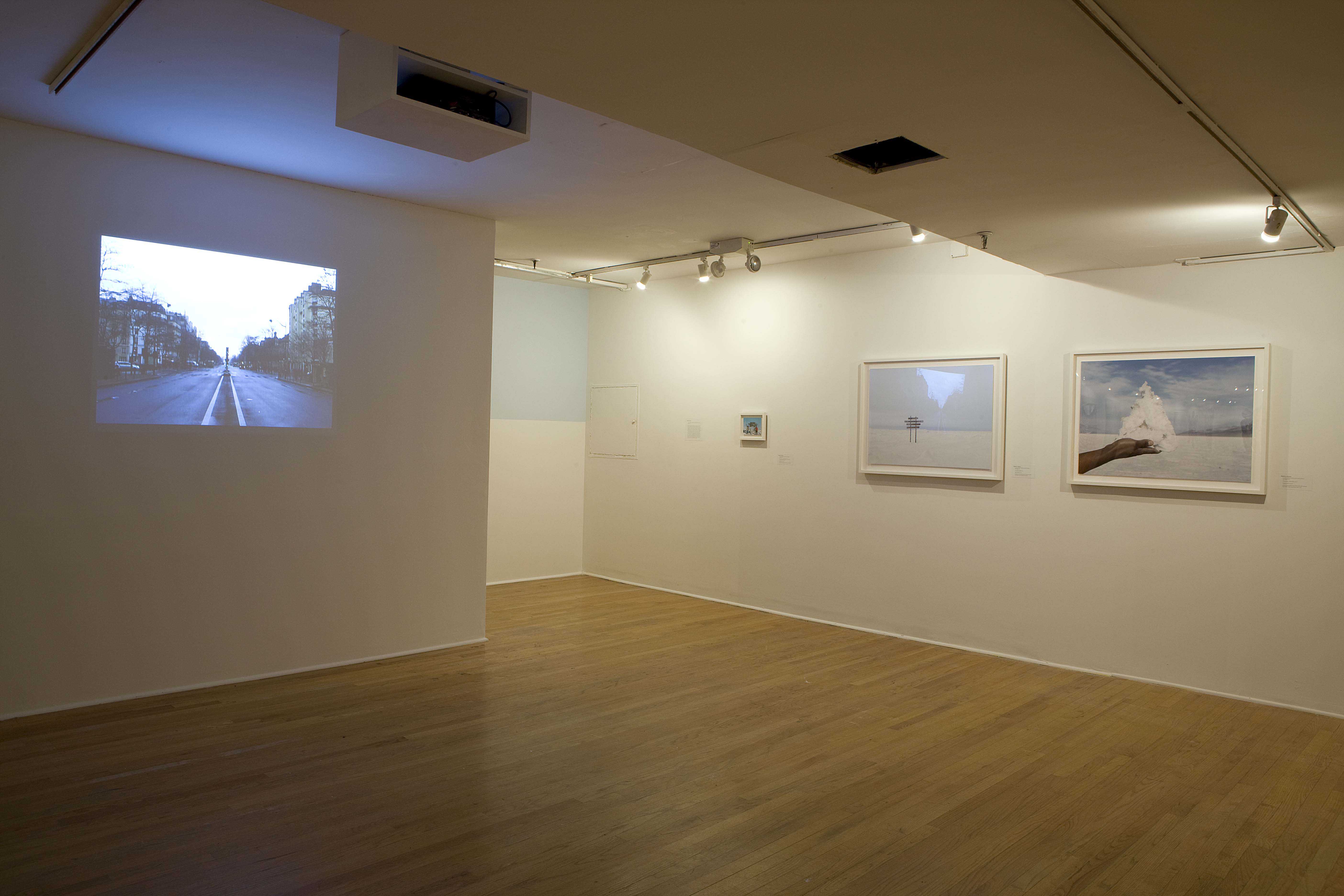 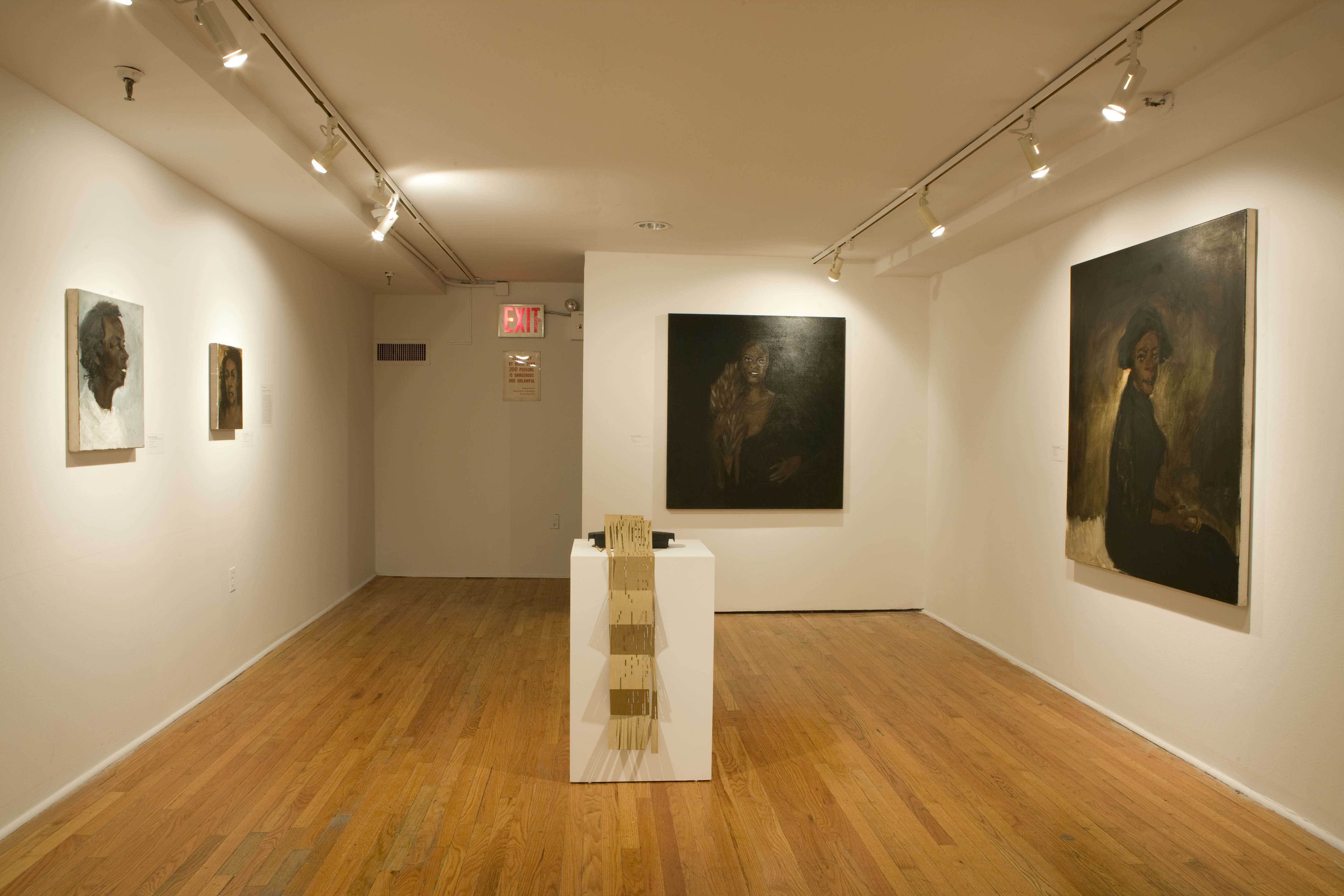 Flow is a survey of new work by twenty emerging artists. These artists were either born in Africa or born to African parents, and currently live and work across Africa, Europe and North America. Coming of age after the mid-century movements for national liberation in Africa, this generation has witnessed shifts in political, economic and social realities. Within this recent history, Africa is often illustrated in mass media and popular culture through images of warfare, disease and poverty, as well as through celebrity fascination and philanthropic efforts. These representations often fail to articulate the complexities that produce this visual information. The artists presented here express their world through creative visions that have been informed by these changes. Rather than understanding Africa as simply defined by a single position, they offer a multitude of perspectives—sometimes dissonant, at other moments in sync. The work they produce imagines an understanding of Africa that extends beyond geographic borders as it remains engaged with the present realities of African peoples. In this way, the artists remain particularly conscious of the continued foreign involvement on the African continent, as well as the persisting systems of racial classification established under colonialism.

The diversity of media in this exhibition—painting, drawing, sculpture, photography, video and installation—reflects the artists’ multidisciplinary training and experience, as well as their critical approaches. Their idiosyncratic imaginations move between discourses of visual art and aesthetics, philosophy and critical theory, and popular and material culture. Through an innovative use of materials such as broken Moroccan tea glasses, horse-jumping poles and rubber, some of the artists in this exhibition explore themes of immigration, violence and the failures of assimilation. Other artists reinterpret the more traditional medium of portraiture by depicting their subjects as displaced, fragmented or masked. And still others call upon everyday objects such as vinyl records, televisions, soap and furniture as they question mass consumption and the production of images in capitalist culture, as well as sexual taboos.

Flow is both an exhibition and a concept concerned with the multiple ways people, resources, cultures, and ideas move. It is organized around a continent that has been shaped by a history of mobility and displacement. Africa’s story of movement begins well before the inauguration of foreign rule and continues past the formal end of colonialism, suggesting that the markers of colonial time are more fluid than we might believe. Embedded in this long and varied history, these global artists challenge us to think about the ways that the movement of people and resources build a shared time and space. For example, these artists have witnessed an influx of international aid to the continent that has led to foreign debt and paved the way for corporate control of national services and natural resources. As security forces and other goods and services have been privatized, many African states have fewer means by which to guarantee the safety of their citizens, limiting the ability of people to circulate at will. At the same time, these artists are the inheritors of an immeasurable legacy of thinkers, leaders and creators that formed a generation of contemporary African political and artistic expression. These continental conditions have a direct relationship to global possibilities and particular effects on the lives of Black people worldwide. Throughout African-American history, the idea of Africa has been adapted as Black people have sought to construct and understand their identity. This exhibition extends this history of self-making, memory and loss to the present, and looks to the future with both caution and hope.

Organized by Christine Y. Kim, Associate Curator, Flow is the third in a series of emerging artist exhibitions presented by the Studio Museum that includes Freestyle (2001) and Frequency (2005). Like its predecessors, Flow illustrates the individuality and complexity of twenty-first-century contemporary art, this time from creators around the world. While the majority of these artists have exhibited abroad, many are new to U.S. audiences. As an extension of the Museum’s mission to serve as a nexus for artists of African descent locally, nationally and internationally, Flow reflects this critical moment in the interconnected histories of African, African-American and transnational
Black life.