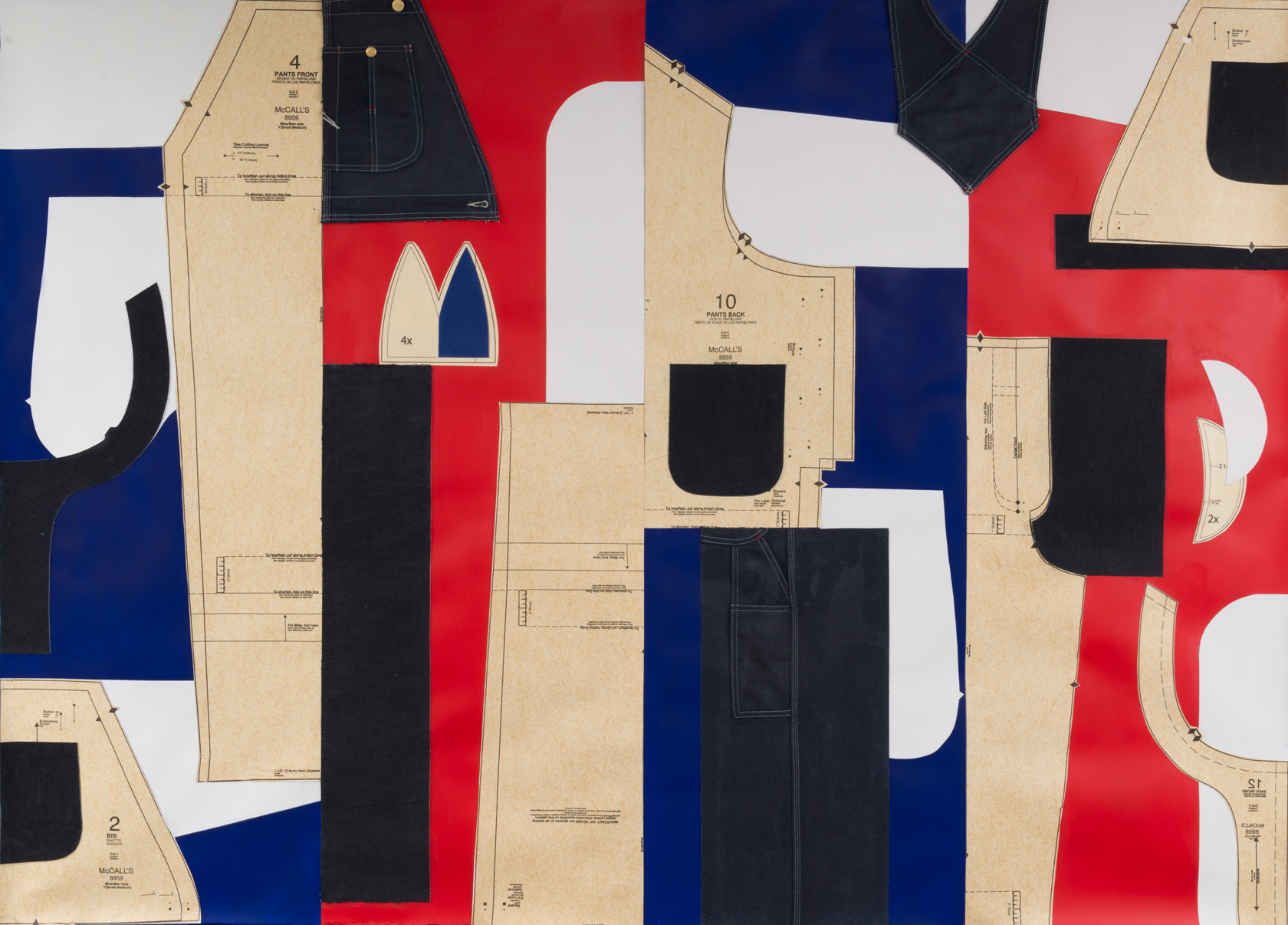 Derrick Adams: Patrick Kelly, The Journey is an inHarlem project presented by The Studio Museum in Harlem in partnership with the Schomburg Center for Research in Black Culture and the New York Public Library’s Countee Cullen Library branch. The exhibition is based on artist Derrick Adams’s extensive research into the archive of the influential African-American fashion designer Patrick Kelly (1954–1990), housed at the Schomburg Center.

At the center of Patrick Kelly, The Journey is Adams’s “Mood Board” series, a new body of work responding to Kelly’s legacy as a formalist who imbued social context and humor into his creations. These abstract collages incorporate Kelly’s vintage clothing patterns, as well as his iconic fabrics, colors and shapes: bold and colorful geometric forms, contours of the female body, and buttons and other embellishments. The works exalt Kelly’s formal excellence while demonstrating Adams’s ongoing interest in deconstructing, fragmenting and manipulating structure and surface.

Now its second year, inHarlem is designed to explore innovative ways to engage the community while taking the Museum beyond its own walls, and encompasses a growing range of dynamic exhibitions and programs.

inHarlem programming is made possible thanks to support from the Stavros Niarchos Foundation; William R. Kenan Jr. Charitable Trust; Rockefeller Brothers Fund; National Endowment for the Arts, and the Marcus Garvey Park Alliance with funding provided by the Harlem Community Development Corporation. Additional support is provided by The New York City Department of Cultural Affairs; The Andrew W. Mellon Foundation; the New York State Council on the Arts with the support of Governor Andrew Cuomo and the New York State Legislature and the New York City Council.

Derrick Adams: Patrick Kelley was an amazing fashion designer and artist who passed in 1990. I felt like we had a relationship with material and material meaning. And so, it was a perfect collaboration to pick Patrick’s work based on the archive at the Schomburg [Center for Research in Black Culture.]

The whimsicalness (sic) of the drawings and the attitude of the sketches really nailed his overall concept of what he thought fashion was, and how fashion should operate in real life. It’s exciting to have a work that is based on research put in a space of research. And I think this exhibition is a really important way to direct people to come to Harlem, to use resources in Harlem, and to learn more about the history of people who occupied the space here in New York.