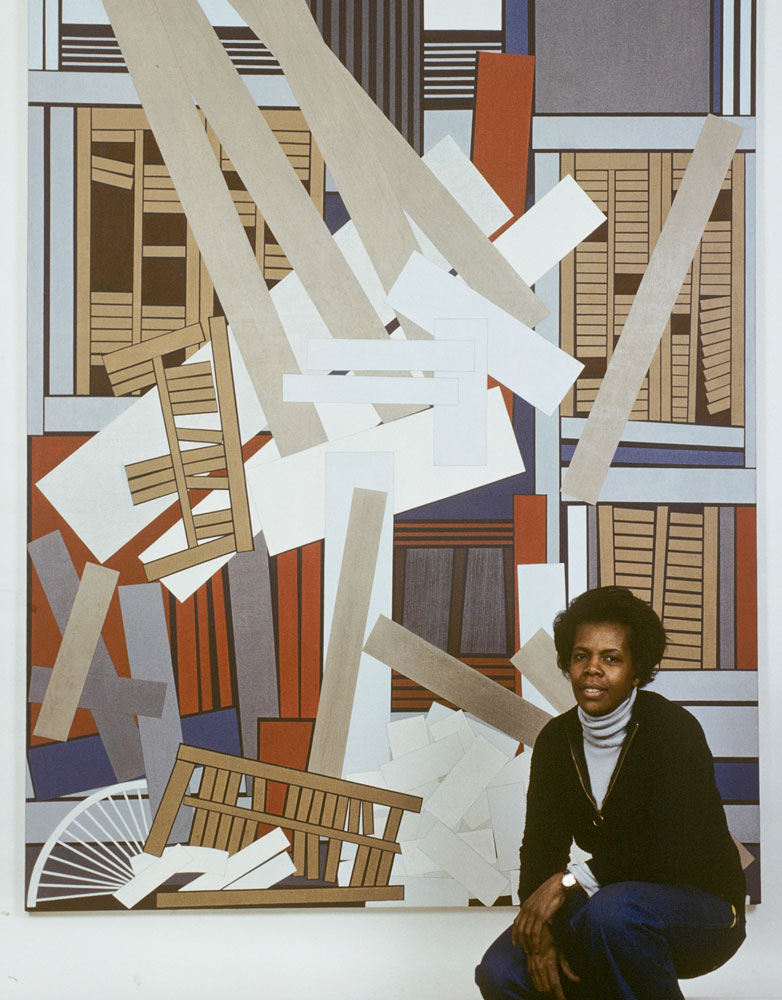 Mavis Iona Pusey, a significant abstract artist, died April 20 at the age of 90 in Falmouth, Virginia, after a long illness. Pusey was one of the finest artists of the 20th century and her paintings and prints are in the permanent collections of many major art museums in the United States.

Mavis Pusey was born in Retreat, Jamaica, in 1928. Pusey learned how to sew from her aunt as a child and moved to New York City at the age of 18 to study at the Traphagen School of Fashion. She later transferred to the Art Students League after winning a scholarship from the Ford Foundation and decided to pursue a career as an artist. There she she studied with painter and printmaker Will Barnet who became her lifelong friend and ally.

In the mid-1960s, Pusey left New York for London where she became a patternmaker for Singer. During her nearly three years there, she worked with Birgit Skiöld, a prominent Swedish printmaker and modern artist whose London atelier was frequented by renowned artists like David Hockney and Dieter Rother. In 1968, Mavis moved to Paris where she witnessed the May 1968 student riots that would inspire one of her most noteworthy prints, Paris, Mai-Juin. Paris was an important place for Pusey’s artistic development; there she would have her first solo exhibition in 1968 at Galerie Louis Soulanges, a significant milestone in her career.

In 1969, Mavis returned to New York City to further develop her painting and printmaking practices. There she worked with Robert Blackburn at his workshop for three years and was struck by the energy and constant movement of the city. Many of her prints from this period reflect a focused interest on the City’s construction –Broken construction at Noon (c. 1970), Decaying Construction (c. 1970), and Impact on Vibration (1968).  Remarking upon the impact of the city on her work, Pusey once stated “I am inspired by the energy and the beat of the construction and demolition of these buildings— the tempo and movement mold into a synthesis and, for me, become another aesthetic of abstraction. I use color and texture to convey the tension that is the heartbeat of the city… I see the new construction as a rebirth, a catalyst for a new environment, and since the past must be a link to the future, in each of my works…. there is a circle to depict the never-ending continuation of natural order and all matter."

Shortly after Mavis returned to New York, The Museum of Modern Art purchased a print from her in 1969, and the Whitney Museum of American Art featured her painting Dejygea (1970) in its 1971 exhibition, Black Artists in America. She also received a $5,000 grant from the Louis Comfort Tiffany Foundation in 1972 and participated in numerous group exhibitions in New York. During the 1970s and 1980s Pusey was also active as an instructor, teaching at several institutions including Rutgers University, Pennsylvania Academy of the Fine Arts, and The New School for Social Research.

In 1988, Pusey moved to Orange, Virginia, where she taught painting at the Woodberry Forest School. Pusey remained committed to her innovative painting technique and bold geometric style, despite having never received the type of critical attention her work deserved. Her steadfast commitment to abstraction is remarkable given the enormous pressure that Black artists faced in the 1960s and 1970s to portray matters of identity and social unrest. Black abstract artists, particularly Black women abstract artists, were often overlooked or rejected for their stylistic choices, yet Pusey retained a focused thematic vision of her work throughout the entirety of her career.

In recent years, her works have been included in major Museum exhibitions including Magnetic Fields: Expanding American Abstraction, 1960s to Today which traveled from the Kemper Museum in Kansas City to Washington DC’s National Museum of Women in the Arts, to the Museum of Fine Arts in St. Petersburg, Florida. Her work is also on view as part of Visual Art and the American Experience, the inaugural art exhibition at The National Museum of African American History and Culture (NMAAHC), and is part of their permanent collection. In addition to the NMAAHC her work is in several major institutions including The Museum of Modern Art,  The Studio Museum in Harlem, Swope Museum of Art, Tougaloo College, the Sheldon Museum of Art, and the Birmingham Museum of Art. She is also the subject of an upcoming exhibition co-presented by The Studio Museum in Harlem and the Birmingham Museum of Art.

Pusey is survived by Yvonne Palmer and mourned by Yvette Ashton, Helen Johnson, Cameron Berryman, Robert Lingo, Hallie Ringle, and Sherri Pittinger. She will be remembered by all who have a chance to experience her paintings and prints in public and private collections. 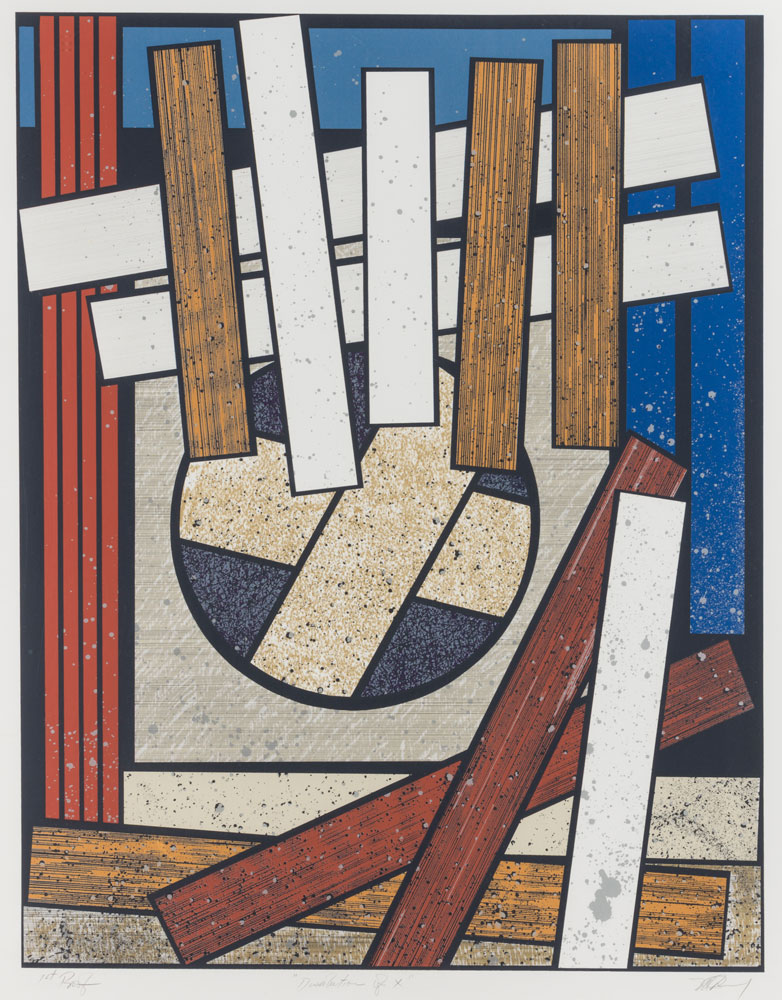 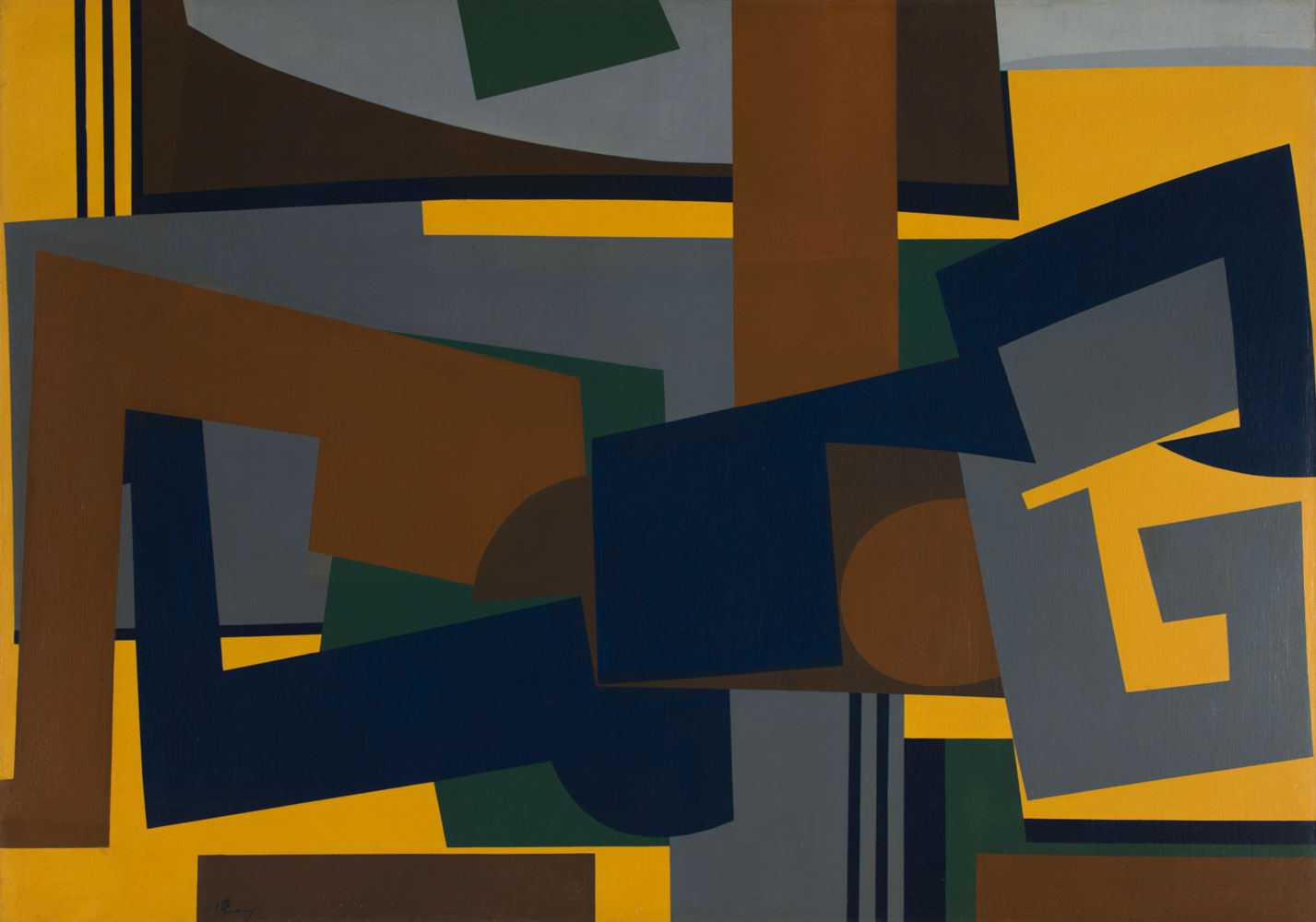 Mavis Pusey
Dissolution of X, c. 1970
The Studio Museum in Harlem; Museum purchase with funds provided by the Acquisition Committee  2018.4.3