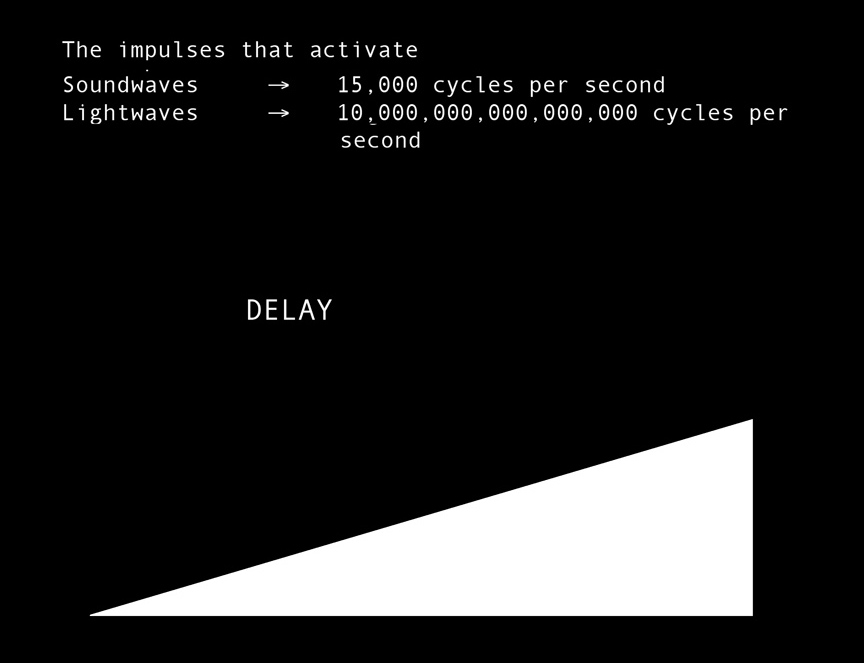 In his work, 2010–11 Studio Museum artist in residence Kamau Amu Patton investigates improvisational strategies and the intersections of sound, form and material. DELAY, a sound installation audible in the Museum lobby, is an amalgamation of sounds Patton recorded during his residency and compositions made as part of Icons of Attention, his 2010 exhibition at Yerba Buena Center for the Arts in San Francisco.

Patton is interested in building, shaping and transforming sound through improvised, entirely synthetic means. His work is a nod to meta-creative processes, or processes that mimic natural organic development—the sounds of ringing bells, violins, horns or piano keys are, in fact, fabricated and sequenced through complex electronic software. Patton creates these reverberating layers of sound in a variety of ways, many of which are site-specific. In one method, he made a video recording of wind hitting the surface of water, then used software to convert the visual patterns into sound. Other sounds were created by translating the quality of light found in his studio into sonic frequencies.

The work’s title refers to the difference between the speeds of sound and light, as when one experiences a delay between seeing and hearing a distant event. Similar to Patton’s work in the 2010–11 Artist in Residence exhibition, particularly the sound piece 5000K, DELAY investigates the interplay between the ephemeral phenomena of space, light and sound, while revealing how our interactions with these forces can impact, or determine, sensory experiences of artwork. Beginning in 2005, StudioSound has invited musicians, composers and sound artists to create original compositions inspired by the works on view. This project activates the Museum’s lobby and adds a parallel, auditory dimension to the art and artists on view.