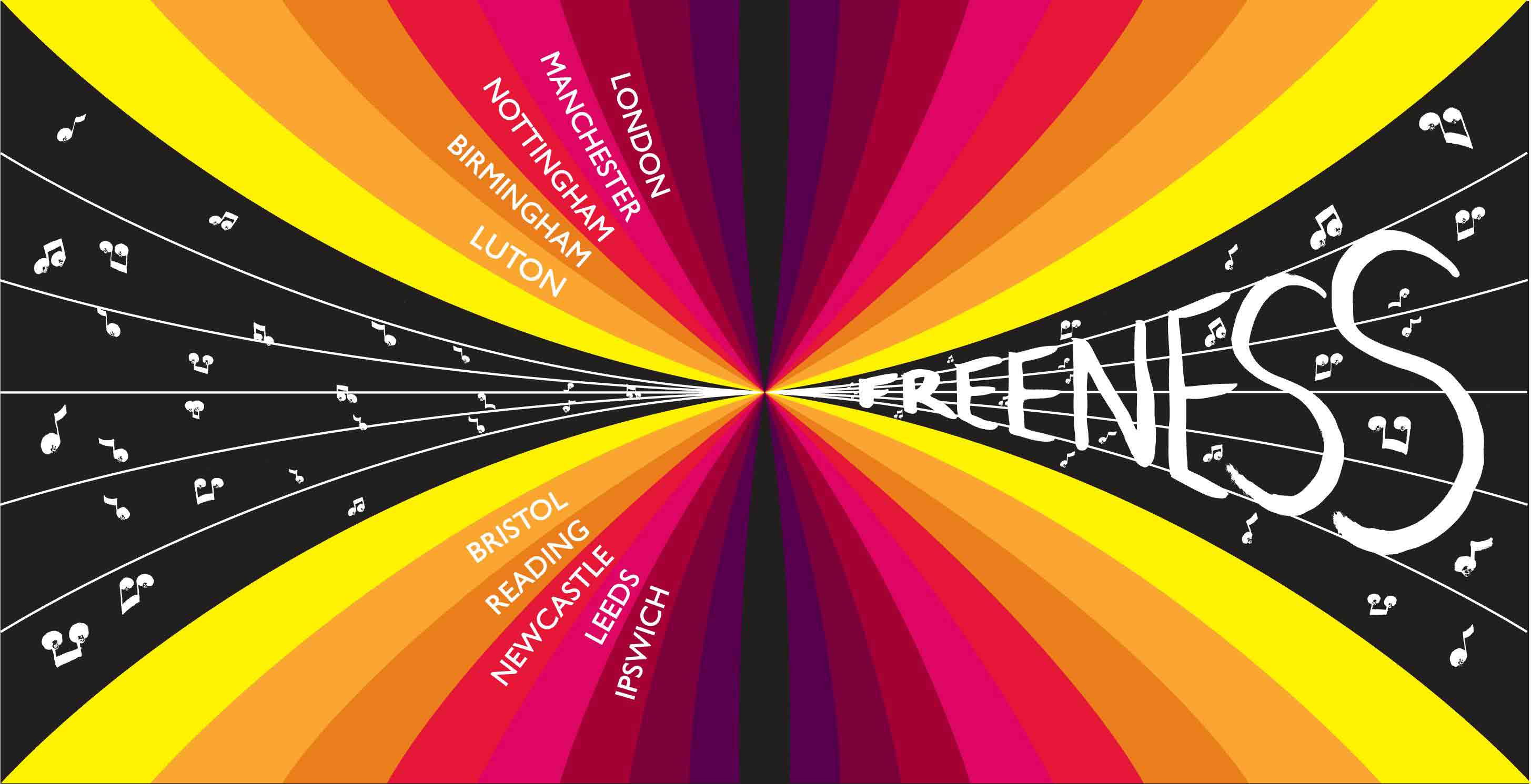 An Icebox project in collaboration with CDR & Blacktronica

The Freeness initiative put out a call for new music by artists of African, Asian, Carribean, and Chinese descent. A three-month tour was organized by CDR to travel across the United Kingdom, inviting producers and musical innovators to bring their ideas, tracks, remixes and edits on CD, and to be aired in an intimate space among peers and likeminded individuals. Sessions were held in ten cities throughout the United Kingdom including London, Manchester, Bristol, Newcastle and Leeds from January to March of 2005.

Freeness organizers have compiled a dazzling collection of songs that reflect the current influences of the United Kingdom’s diverse population. The wide-ranging ethnic influences that the Freeness artists contribute to the album are a celebration of the vibrant community that has taken root in the contemporary United Kingdom. This compilation, Freeness Volume I, seeks to explore alternative musical sounds outside of the confines of mainstream popular music. Above all, Freeness is not just an album, but a not-for-profit music initiative that aims to celebrate new, young artists.

“The Freeness CD Volume I is just a taste of the range of talent, ideas and creativity that came our way- we’re delighted to be working alongside these artists, there is definitely more to come…”
-Chris Ofili, 2005

Freeness is available for free by simply logging on to www.freeness.co.uk.