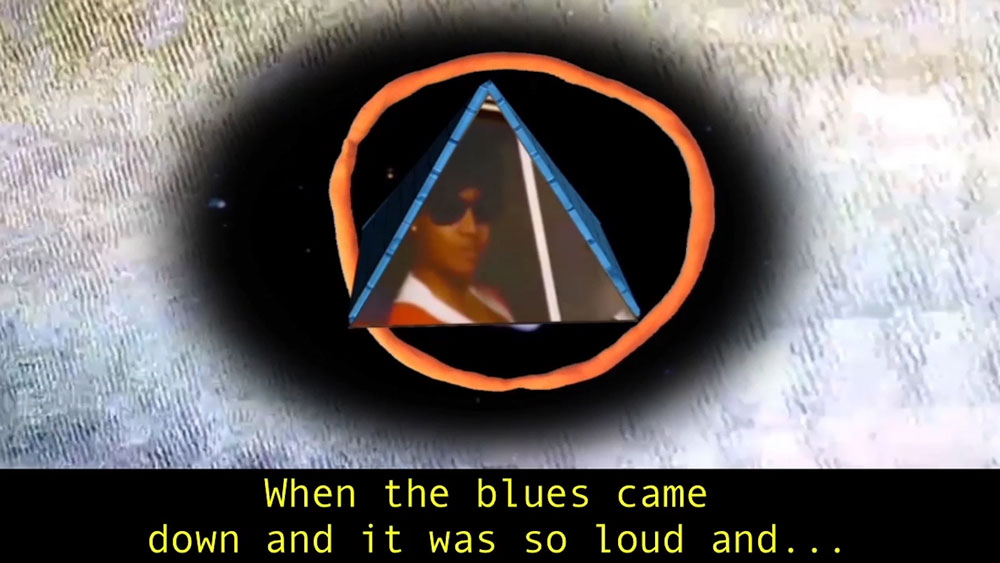 Focus: Ariel Jackson presents a trio of short videos related to what constitutes the “blues,” specifically the melancholic music of Black American folk origin. Using samples of music and images from television, Claymation and her own voice, multimedia artist Ariel Jackson takes viewers through a subjective history of the blues, and attempts to define the various emotions or states the term and genre evoke. Jackson’s videos, The Origin of the Blues, What Are the Blues and Blues Note: Feelings 01, each serve as a meditation on different aspects of the blues: who made them, the circumstances that created them and how they are experienced. These works explore the conditions of the blues—which evolved out of the trauma of slavery in the nineteenth century—as a state of being and as one of the most lasting cultural legacies of Black culture.

The artist approaches these traditional themes with a distinctly Afrofuturist perspective that combines the aesthetics of science fiction with traditional African culture and music. Viewers are guided through The Origins of the Blues by Confuserella, the artist’s performative alter ego. Confuserella provides a firsthand account of the journey from her fictional home of Panfrika to Earth, a voyage she undertook to unpack and understand the blues. For Jackson, a native of New Orleans and a survivor of Hurricane Katrina, there are clear parallels between her path and Confuserella’s. What Are the Blues and Blues Note: Feelings 01 document Confuserella’s journey. Her notes, thoughts and impressions are made visible through a sequence of projected images we can imagine she collected to document “the blues.”

Jackson earned a BFA from the Cooper Union for the Advancement of Science and Art in New York 2013. She participated in the Bruce High Quality Foundation University’s Summer Emerging Artist Residency Program in 2015, and is currently a Van Lier Fellow in the Visual Arts Program at Wave Hill. Jackson’s work has been shown at the Schomburg Center for Research in Black Culture, Bronx Museum, Susan Inglett Gallery in New York and Museum of Contemporary Art Detroit.

Focus: Ariel Jackson is the latest of the Studio Museum’s Focus series of single-work exhibitions.