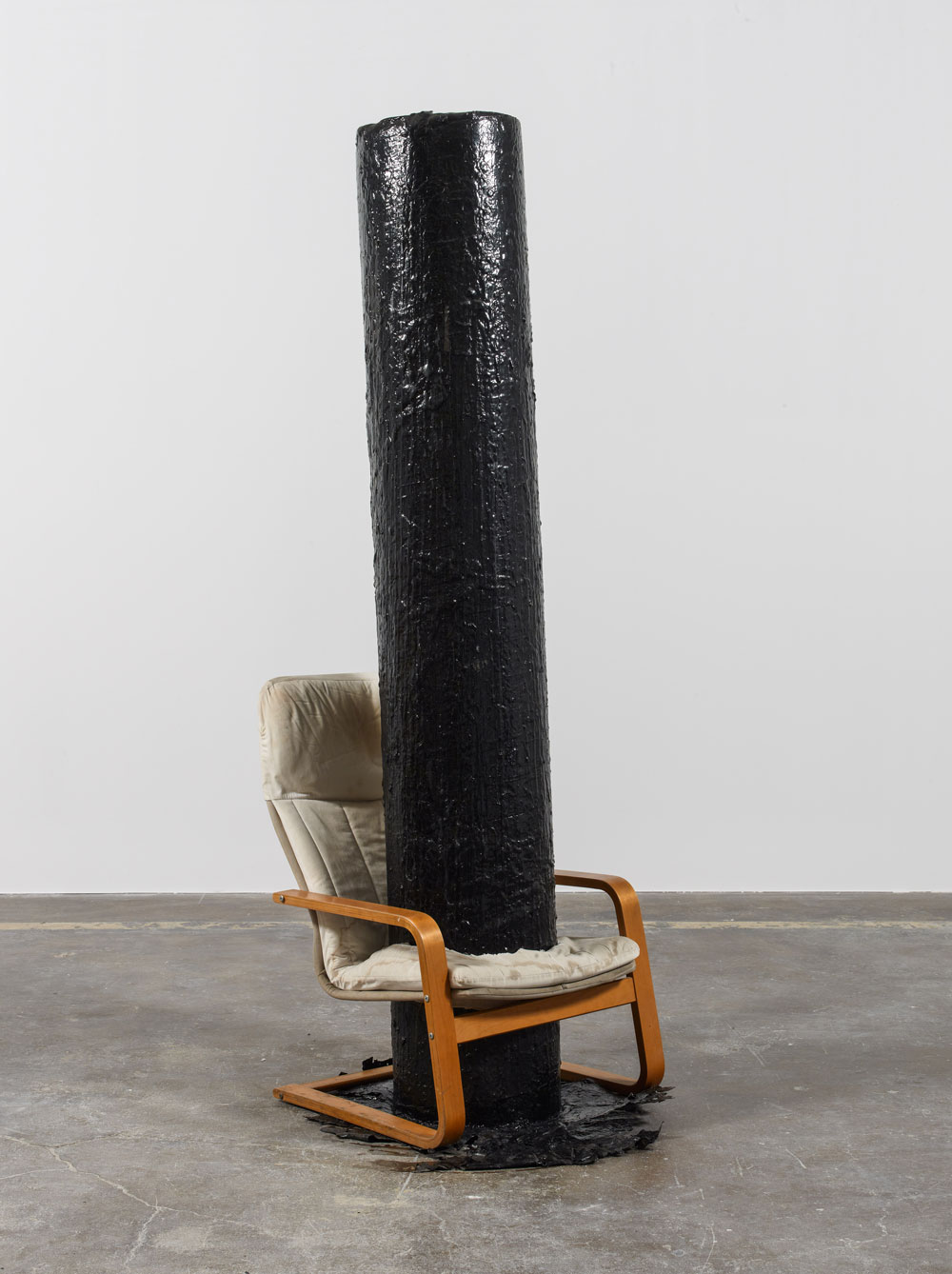 This special edition of The Artist's Voice brings together Rodney McMillian with fellow artist Kira Lynn Harris and curator Naima J. Keith on the occasion of Rodney McMillian: Views of Main Street. McMillian, Harris and Keith will delve into McMillian's decade-long exploration of the home as a private sphere and paradoxical site of psychological comfort and belonging for African Americans. Through an intimate discussion of the exhibition's themes and twenty works—some of which were first featured in Frequency (2005) at the Studio Museum—the panelists will uncover the full trajectory of the artist's complex use of post-consumer objects and symbols of domesticity as part of a larger examination of the intersection of race, class, gender and socioeconomic policy. The program will conclude with a Q+A segment, followed by an artist-led walk-through of the exhibition.

Rodney McMillian is a renowned artist recognized for his complex and varied practice in painting, sculpture, video and performance. He received his MFA from the California Institute of the Arts in 2002. He is also an alumnus of the Skowhegan School of Painting & Sculpture and the School of the Art Institute of Chicago. His work has been featured in past exhibitions at the Studio Museum, including When the Stars Begin to Fall (2014), The Bearden Project (2012), Philosophy of Time Travel (2007) and Frequency (2005). His works are in the collections of the Los Angeles County Museum of Art; Museum of Contemporary Art, Los Angeles; Orange County Museum of Art; Museum Abteiberg, Mönchengladbach, Germany; Hammer Museum, Los Angeles; and The Studio Museum in Harlem.

Kira Lynn Harris is a New York-based artist whose minimalist work often posits an intersection of the formal concerns of space, light and the issues of individual subjectivity. Often creating architectural and environmental interventions, her goal is to provide a disorienting encounter for the viewer, which destabilizes and reorients the subject.  She has held residencies at The Studio Museum in Harlem, the Center for Photography, Woodstock, NY; and the Lower Manhattan Cultural Council. She completed her MFA at the California Institute of the Arts and participated in the Independent Study Program at the Whitney Museum in 1999. Harris works in installation, drawing, photography and video and has exhibited in museums and galleries throughout the United States and internationally, including CUE Art Foundation and MoMA P.S.1, New York.

Naima J. Keith is an internationally recognized curator specializing in American and international contemporary art. Before her recent appointment as Deputy Director of Exhibitions and Programs at the California African American Museum, she was Associate Curator at The Studio Museum in Harlem, where she produced a number of critically-acclaimed solo shows of artists such as Titus Kaphar, Samuel Levi Jones, and the notable Charles Gaines: Gridwork 1974–1989. She has lectured at the Zoma Contemporary Art Center, Addis Ababa, Ethiopia (2014); Columbia University (2014); The Museum of Modern Art (MoMA) (2013); and Brooklyn Museum (2012). Her essays have been featured in publications for The Studio Museum in Harlem, Hammer Museum, LAXART, MoMA PS1, and NKA: Journal of Contemporary African Art. Naima received a BA from Spelman College and an MA in art history from the University of California, Los Angeles.