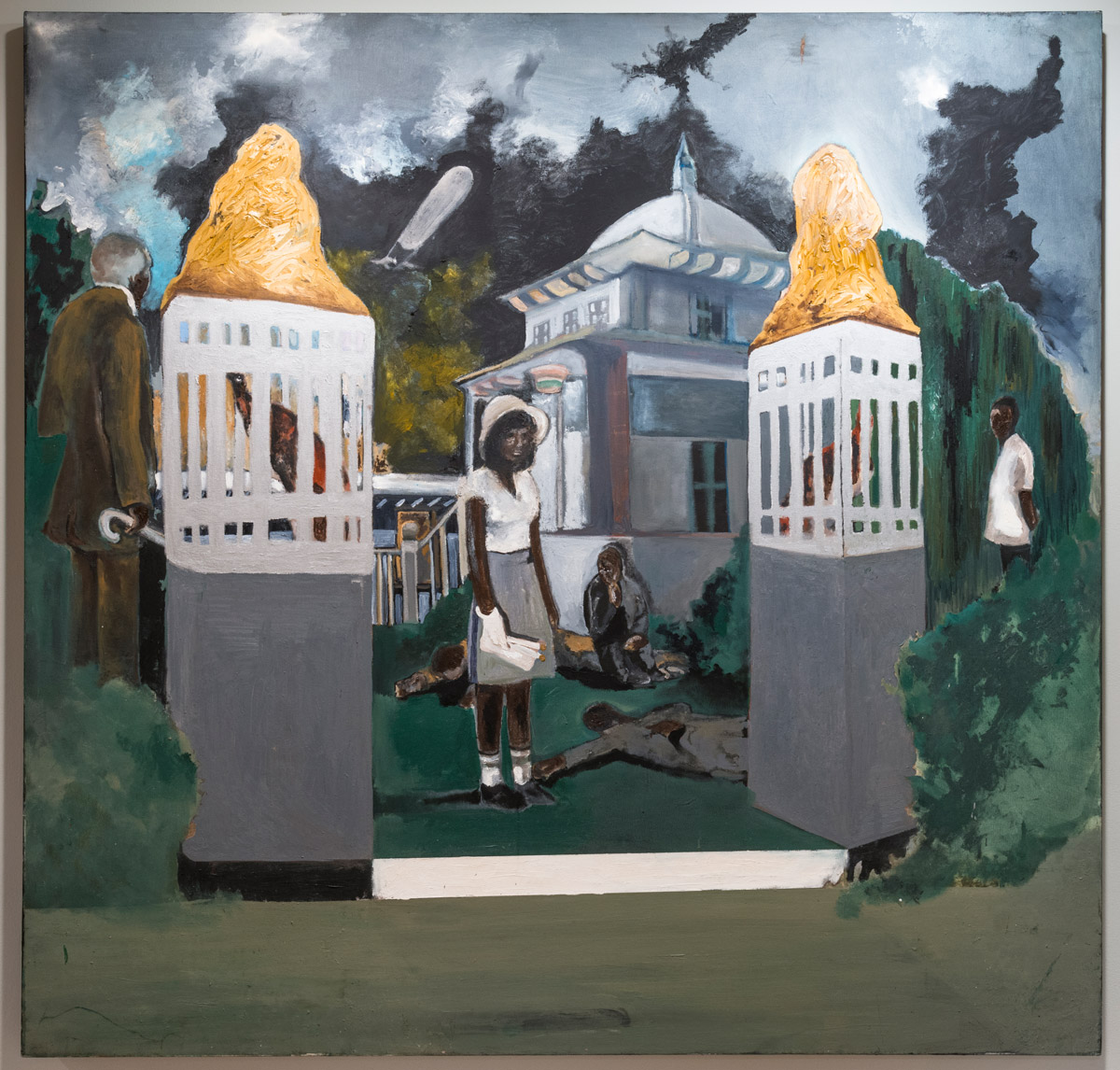 Noah Davis depicted the Black body in scenes that blend the everyday with the fantastical. Black Wall Street shows a moment of stillness before and after unseen violent acts, evidenced by the lifeless body on the ground and the bomblike object falling from the sky. The title refers to the town of Greenwood, a once-prosperous African-American neighborhood of Tulsa, Oklahoma, that was known as “the Black Wall Street.” In 1921 a white mob burned Greenwood to the ground in what is sometimes referred to as the “Tulsa Race Riot” or the “Tulsa Massacre.”