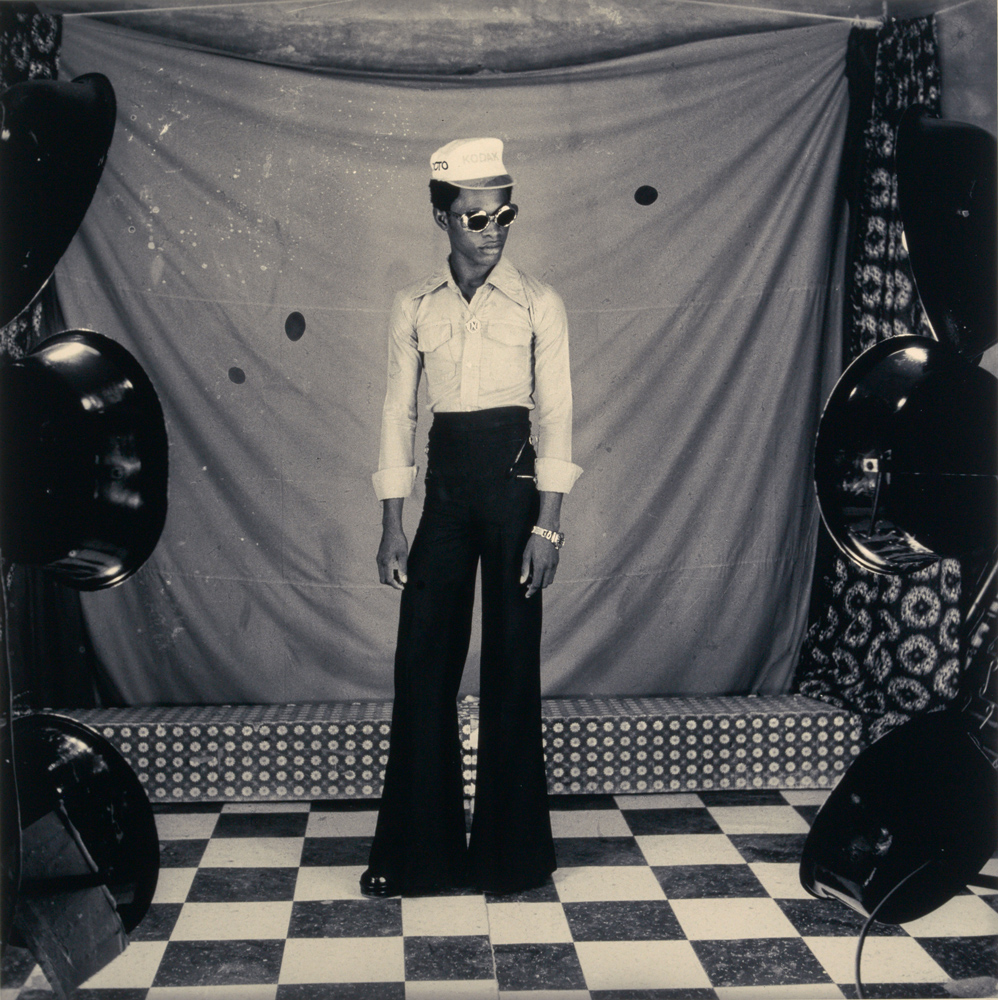 Samuel Fosso (b. 1962) Self Portrait, 1976 Gelatin silver print The Studio Museum in Harlem; Museum purchase with funds provided by the Acquisition Committee 2003.10.23

Samuel Fosso opened his own photography studio in 1975, at the age of thirteen. Self Portrait, taken a year later, is an early work from his career-long project of self-portraiture as self-fashioning. Using the remaining frames on unfinished rolls of film from shoots with clients, Fosso photographed himself, experimenting with costume, pose, and backdrop. His portraits explore and challenge a variety of Pan-African identities, drawing inspiration from African-American magazines, friends and family, and images of independence movement leaders from across the diaspora.