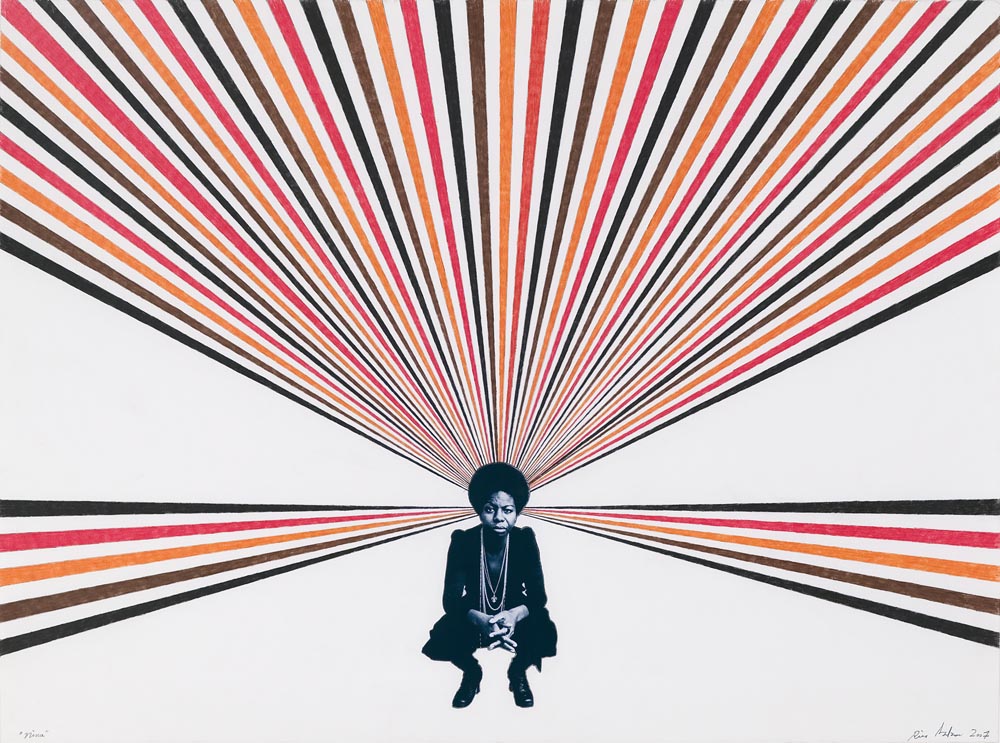 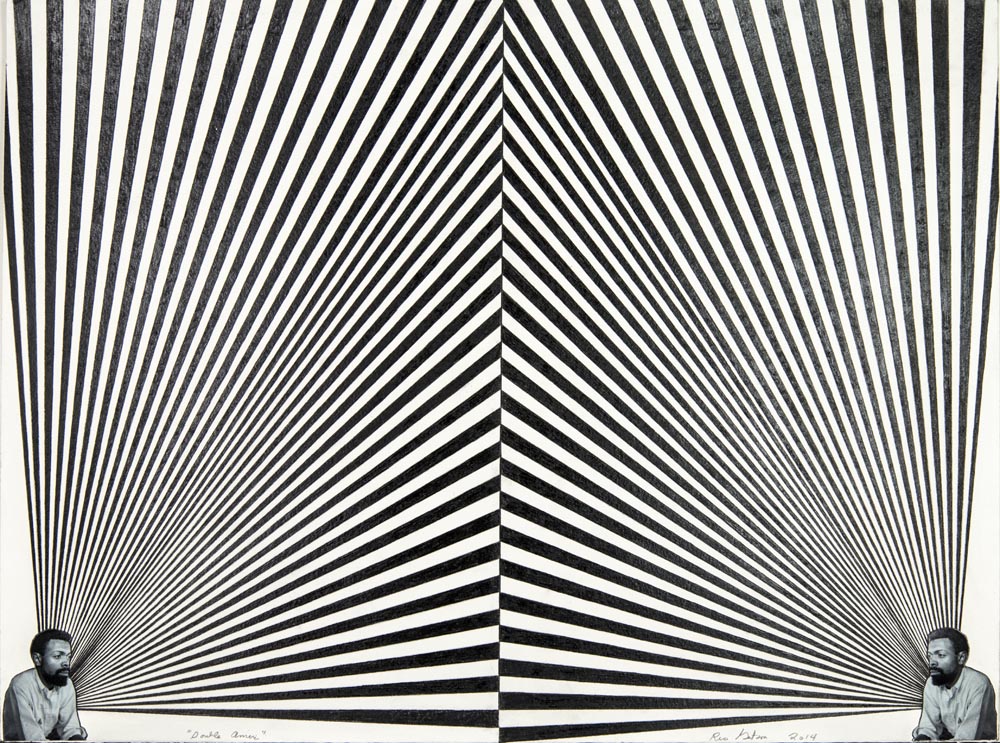 Rico Gatson: Icons 2007–2017 presents a selection of the artist’s works on paper featuring renowned figures of African-American history and culture, sourced from well-known photographs. By juxtaposing these found photographs with hard-edge geometric lines in a palette featuring red, Black and green—implying Pan-Africanism—Gatson evokes the foundational importance to Black consciousness of the people who are depicted, while also emphasizing the cultural, social and political implications of color and pattern.