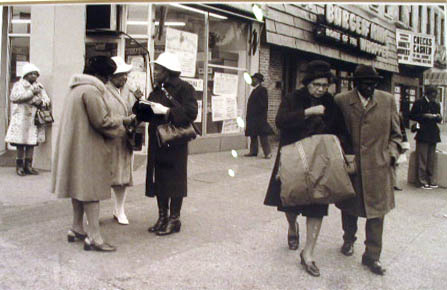 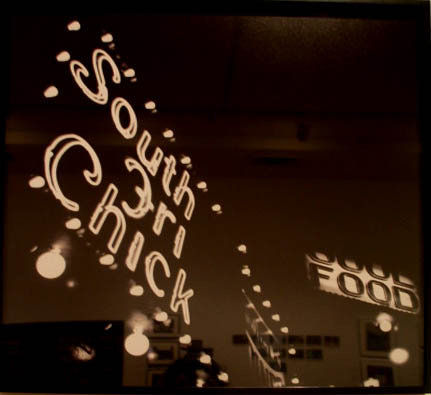 Known as the Mecca of Black Modernity, Harlem has captured the imagination of filmmakers, writers, musicians and photographers for decades. The Studio Museum in Harlem was founded in this historic neighborhood in 1968, to support and exhibit the work of Black visual producers and to bring contemporary visual art to this community. All of the exhibitions at the museum are affected, socially, culturally and even aesthetically by being located in Harlem. This moment in Harlem’s transition calls for a move beyond the usual documentation of what Harlem was, to ask what Harlem is and what it may become.

hrlm (Harlem) is a new series of Harlem-specific, site-responsive exhibitions and projects that contribute to the ongoing biography of Harlem. There have been several exhibitions that explore distinct moments in Harlem’s history. hrlm looks at the community itself as subject, making real the promise inherent in the Museum’s name.

hrlm: pictures, the first exhibition in this series, investigates and witnesses the depth and breadth of this community through the work of 27 photographers. This exhibition presents Harlem through iconic images by seminal photographers of the 20th century, photographs by local and national artists, and selections from the Museum’s permanent collection.

From James Van Der Zee and Aaron Siskind’s images of Harlem in the 1930’s to direct and unflinching photographs of Harlemites in 1960s and 70s by Dawoud Bey, Jules Allen and Gordon Parks, this exhibition visualizes the incredible nostalgia for Harlem’s glorious past. Photography has always been and remains a complex agent in understanding Harlem. From Karen Davis’ images of young children playing in the pool to Christine Camilo’s contemporary portrait of a Boricua teenager in Spanish Harlem, this selection of photographs captures the essence and energy of Harlem from east to west, north to south.

These photographs will become a part of our definition of Harlem, and help us to see Harlem as is today, remember Harlem as it was yesterday, and relate to Harlem as it will be tomorrow. A distinct place in our realities and imaginations as a site of nostalgia and of progress, Harlem exists as a spiritual and physical space for the soul of Black culture, and as such provides a powerful lens to understand the Black urban experience worldwide.