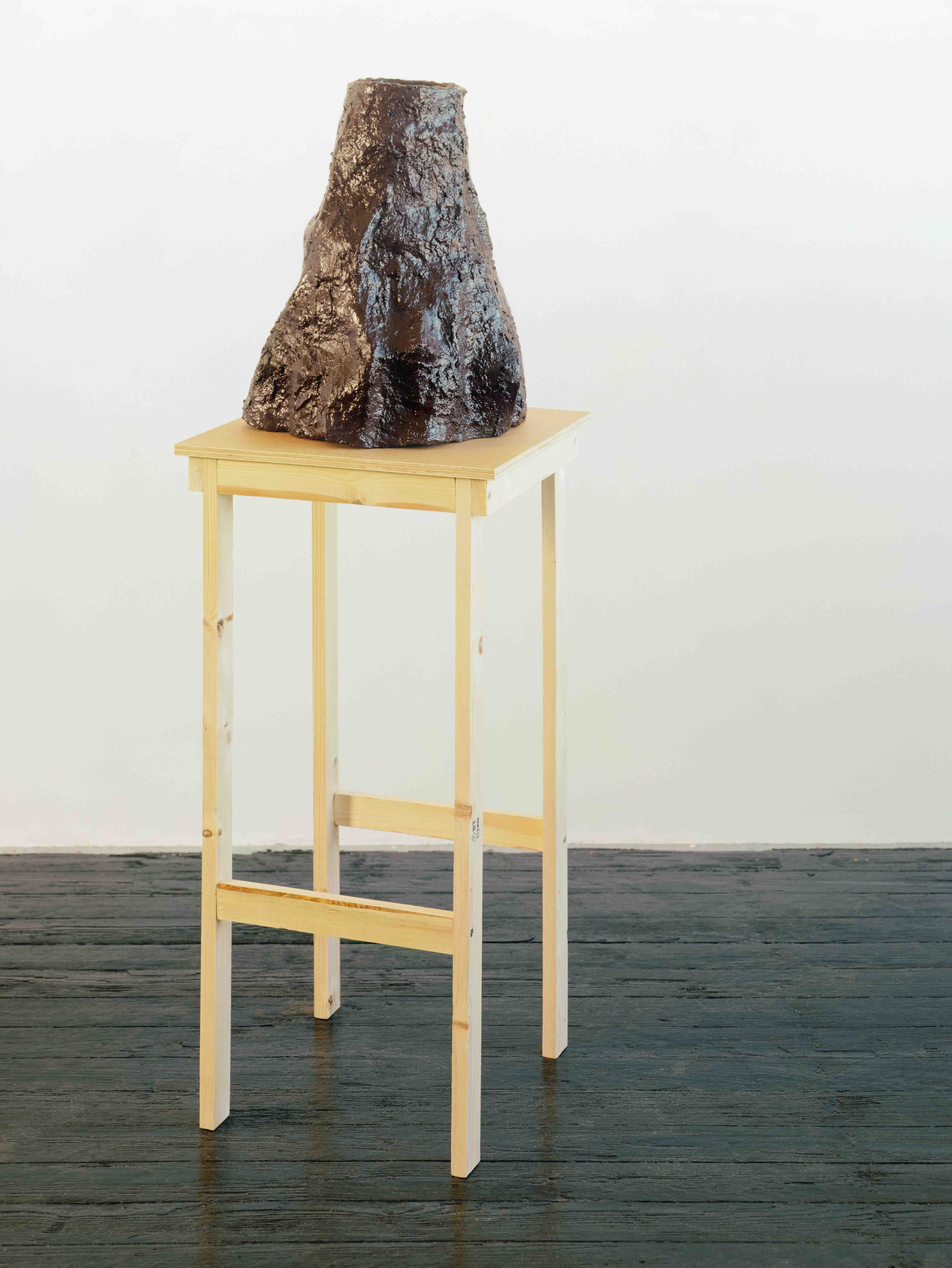 It’s a date! Is the title of a work of art by Dave McKenzie installed in the lobby of The Studio Museum in Harlem as part of Figuratively. It consists of a 10 x 9 ¾ x 10-inch Plexiglas box placed on a pedestal with an incision on top. Visitors to the museum are invited to fill out a card and insert it into the ballot box. On Saturday, September 11, 2004 at 1 o’clock pm, there will be a drawing. Three lucky winners will be selected, and each of them will be treated to a dinner with Dave. This project combines aspects of site-specific, performance and installation art, reflecting McKenzie’s desire to “create situations where two people can get together and do something simple… like converse, or listen.”

While this dialogue-performance initially does not seem classifiable as figurative art, it is oddly emblematic of the work in Figuratively. Featuring over forty works of art by the Studio Museum’s 2003-04 artists-in-residence, Dave McKenzie, Wangechi Mutu, and William Villalongo, this exhibition explores figurative discourses in all media, spanning such genres as performance and video, drawing and collage, painting and sculpture. Employing divergent vocabularies, these artists reinterpret conventional notions of the figure, exploring and questioning such oppositions as actual vs. metaphoric, representational vs. imagined, and subject vs. object. Regardless of media or form, their language is consistently figurative.

The Black female body in fashion and media; Bill Clinton in Harlem, Little Bill (the cartoon created by Bill Cosby); the orgiastic figures of Hieronymous Bosch; High Renaissance religious painting; 18th-century photogravure portraits; the Conjure Woman; and self-portraiture are just some of the tropes that the artists integrate into oftentimes discordant narratives. These influences are explored in the essays by this year’s Critical Dialogues participants Lauri Firstenberg, Susette S. Min and Erika Muhammad.

The Studio Museum in Harlem Artists-in-Residence Program was founded in 1969. Emerging African-American artists from the Harlem community and from all over the world have participated in this year-long residency that culminates in a summer exhibition. Distinguished alumni include Chakaia Booker, David Hammons, Kerry James Marshall, Julie Mehretu and Nari Ward. For an application or for more information on the program please visit our website or contact the museum.