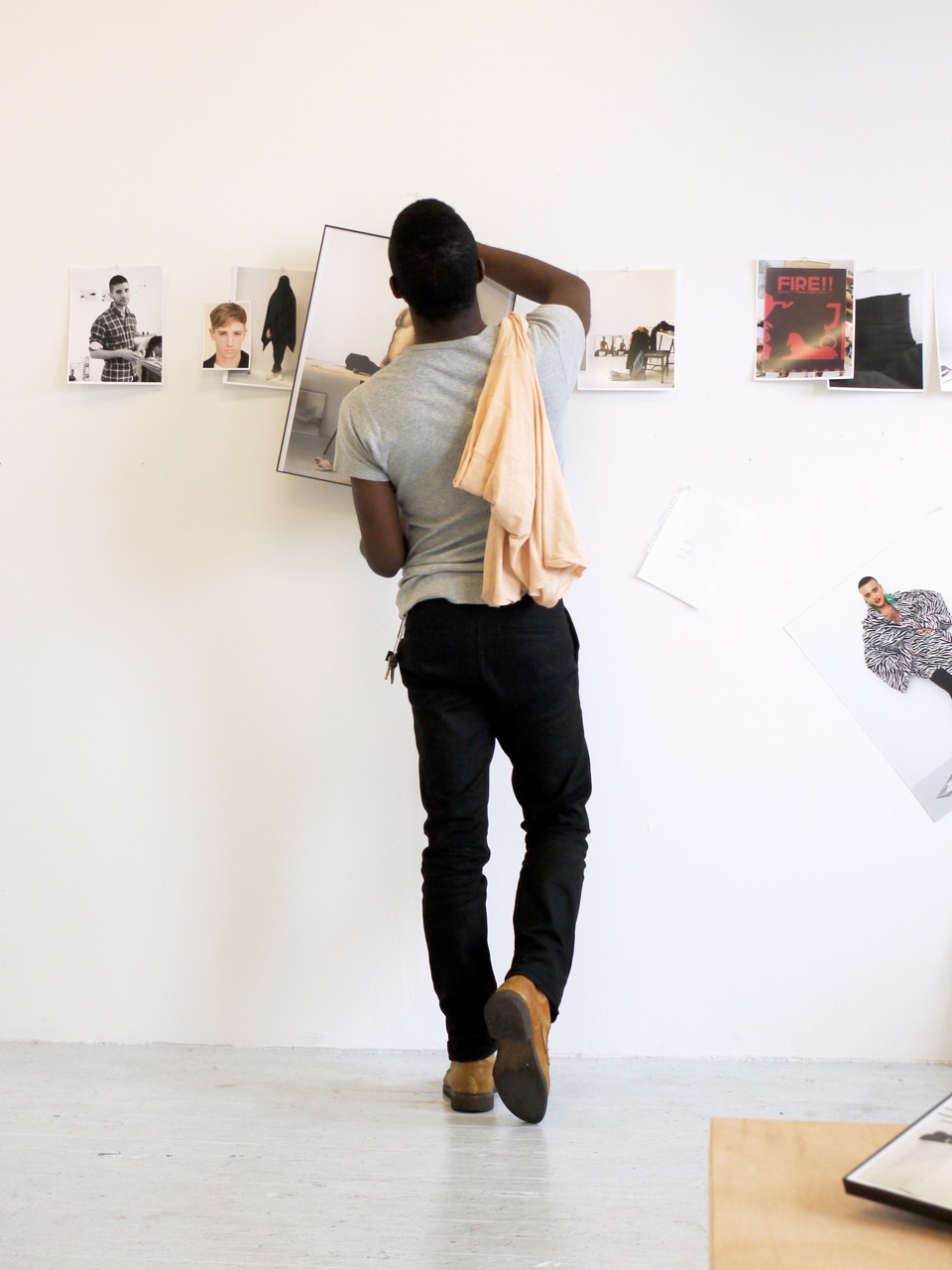 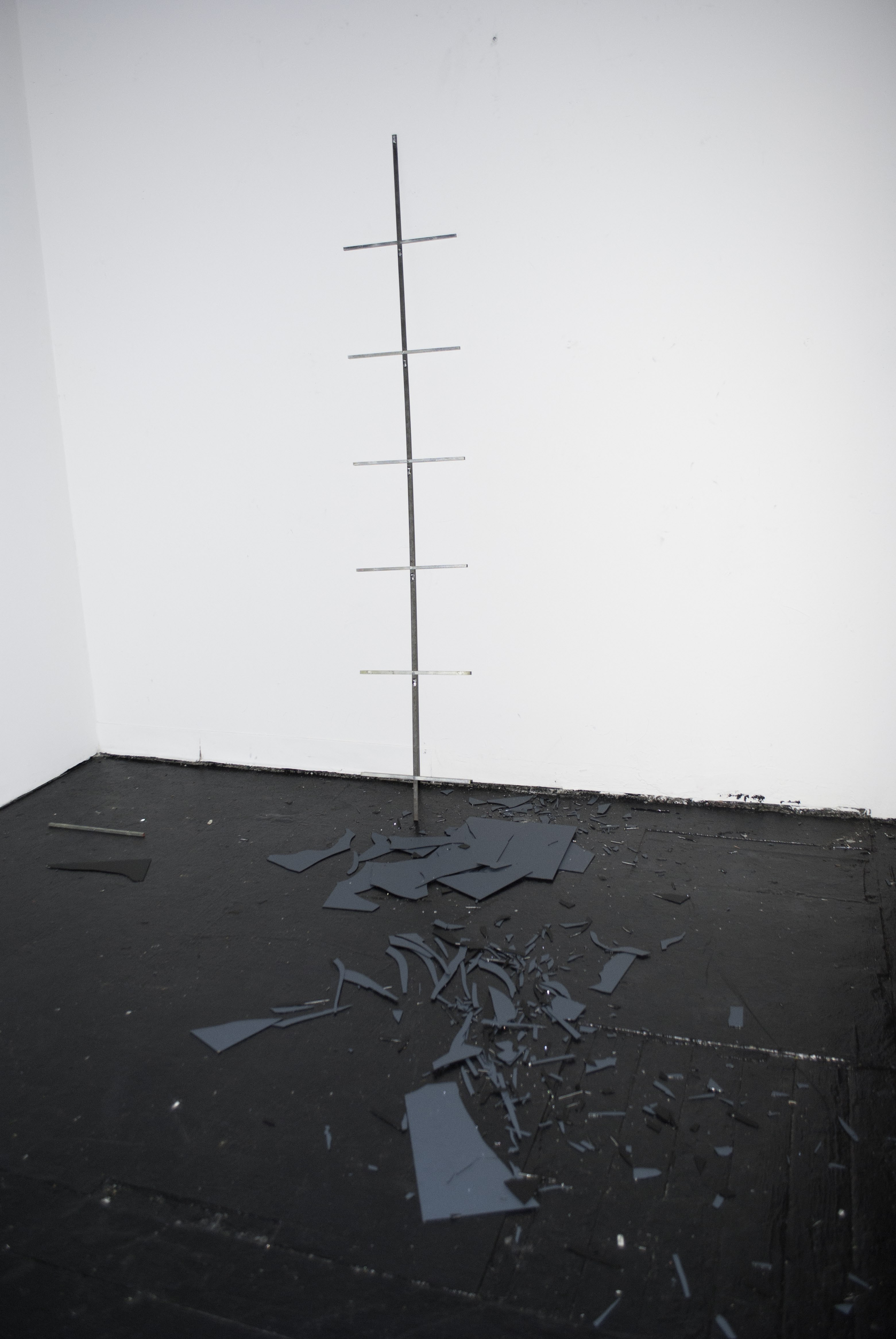 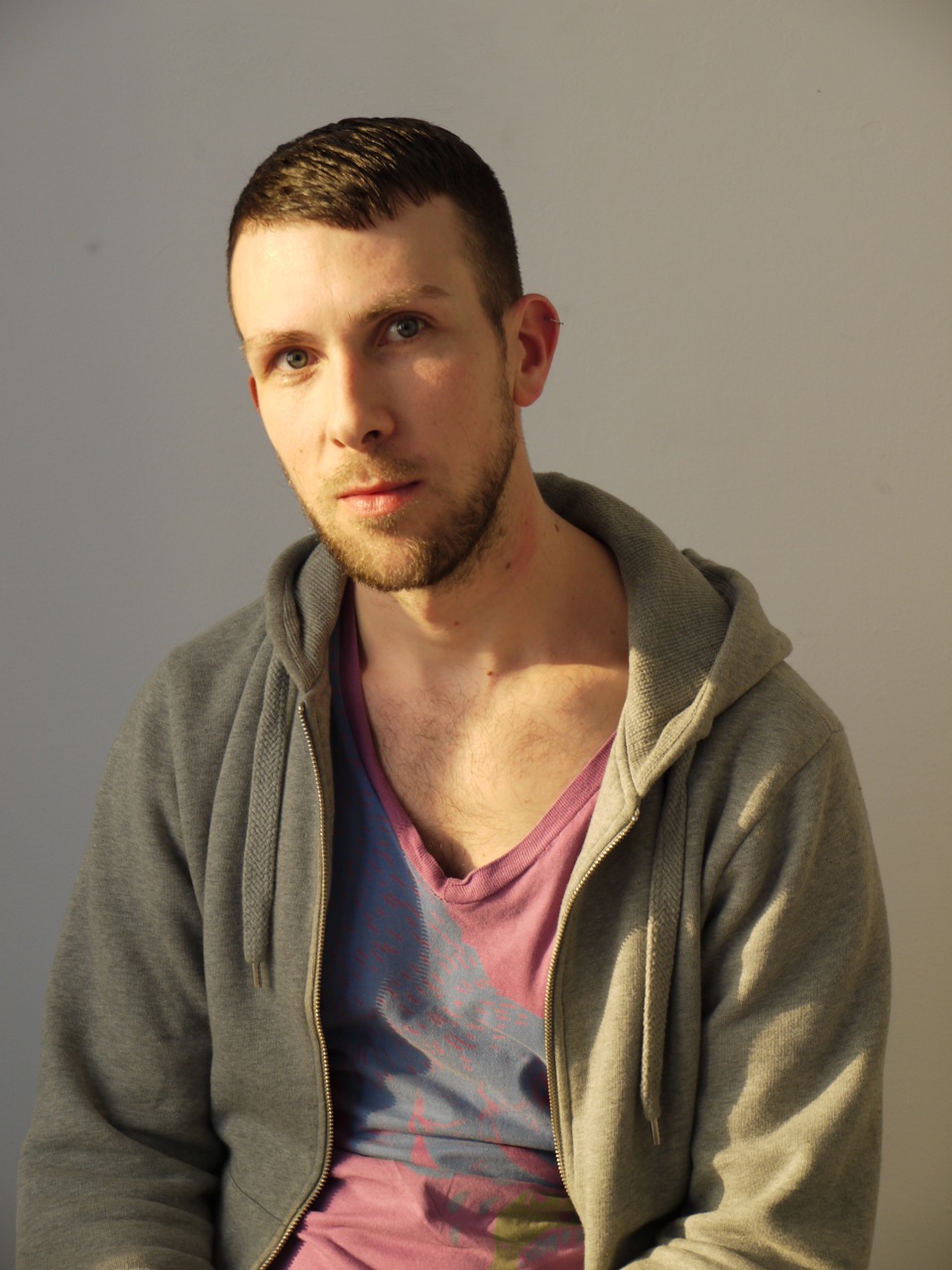 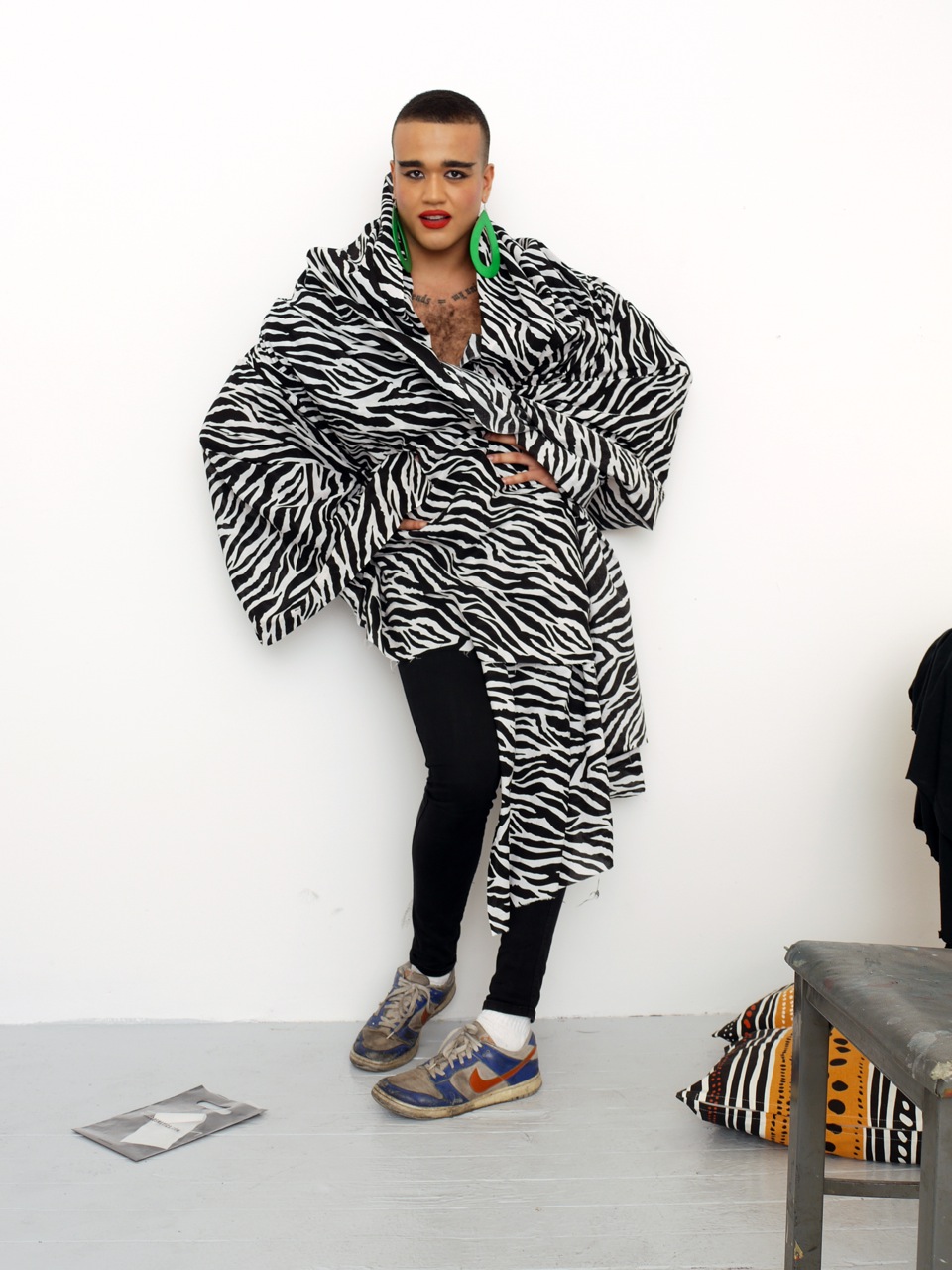 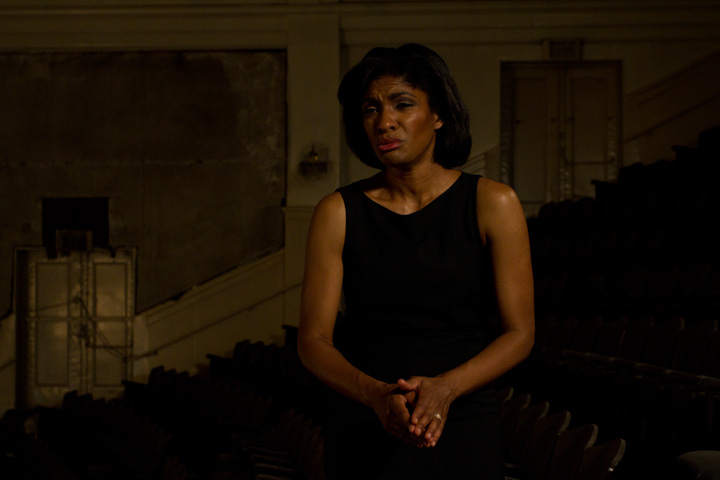 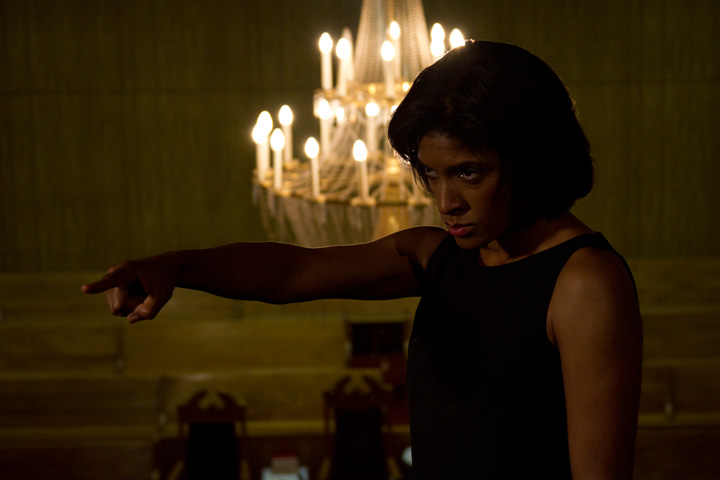 Kamau Amu Patton
The Aberrant Form In The Infinite Field Of Possible Outcomes Is Insistent, 2011
Digital C-Print, 58 ¼ x 39 in.
Courtesy the artist

Kamau Amu Patton
The Aberrant Form In The Infinite Field Of Possible Outcomes Is Insistent, 2011
Digital C-Print, 58 ¼ x 39 in.
Courtesy the artist

Evidence of Accumulation presents the work of The Studio Museum in Harlem’s 2010–11 artists in residence: Simone Leigh, Kamau Amu Patton and Paul Mpagi Sepuya. Although there are few visual similarities between the works of these three artists, the artwork on view provides examples of their strong shared interest in collected histories and the amassing of processes and ideas. Whether Leigh’s collecting of tobacco leaves, Patton’s mining and sorting of intangible digital information or Sepuya’s gathering of his peers, their artwork is a testament to the importance of accumulation as a practical and conceptual device.

Simone Leigh (b. 1968) creates ceramic objects, frequently referencing colonial and anthropological histories, as well as ethnographic objects and artifacts. Leigh’s work often brings together her handcrafted works with ready-made objects. Collaboration is another important aspect of Leigh’s process, and during her time at the Studio Museum, her interest in collaboration has deepened. Breakdown (2011), a video collaboration with artist Liz Magic Laser and opera singer Alicia Hall Moran, looks at historic moments of female crisis and psychological “breakdowns” in popular culture.

Kamau Amu Patton (b. 1972) creates atmospheric installations using a diverse range of media. For this exhibition, Patton has created a selection of drawings and compositions. Some use traditional drawing materials, such as ink or acrylic paint, while others are made using photography or sound, expanding our consideration of what a drawing might be. In 5000K (2011), a work comprised of light, electronics and computer software, Patton turns part of the gallery into a sound field, which creates a composition generated through measuring the intensity of the 5000 Kelvin light levels in this space.

Paul Mpagi Sepuya’s (b. 1982) color photographs demonstrate his active engagement with the history and process of portraiture, as well as his experiments with framing, cropping and editing. Sepuya portrays young men in his community, making visible the relationships and intimacy between himself and his subjects. Studio Work (2010–present) is an installation of photographs, including self-portraits, created in his studio at the Museum. By inviting his subjects into his studio space, Sepuya adds his presence to the photographs, even from behind the camera.

The Artist-in-Residence Program represents one of the founding initiatives of the Museum from its inception in 1968. Past participants in the program include Terry Adkins, Chakaia Booker, Renée Green, David Hammons, Kerry James Marshall, Julie Mehretu, Wangechi Mutu, Nadine Robinson, Alison Saar and Kehinde Wiley. Evidence of Accumulation, organized by Assistant Curator Lauren Haynes, maintains the Museum’s commitment to highlighting new artistic talent and voices, and continues the Museum’s core mission and vital tradition.

The Artists-in-Residence program is supported by the National Endowment for the Arts; New York State Council for the Arts, a state agency; Milton and Sally Avery Arts Foundation; The Greenwall Foundation, Jerome Foundation; New York Community Trust and by endowments established by the Jacob and Gwendolyn Lawrence Trust and Andrea Frank Foundation.

Click above to hear Simone Leigh, Kamau Amu Patton and Paul Mpagi Sepuya each discuss their work in Evidence of Accumulation.